Selfridges, New Look Shoot Up Ranking Due to Strong Sentiment, Online and Offline 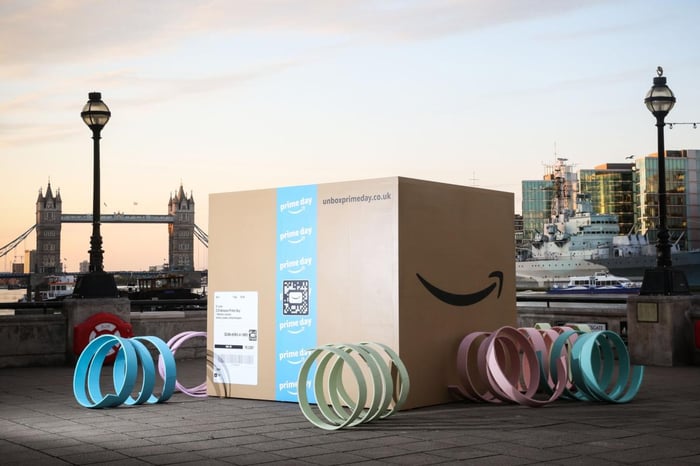 Amazon has taken over first place among retailers in the United Kingdom when it comes to driving consumer conversations, both online and offline. In the latest TotalSocial ranker from Engagement Labs, Amazon scores 64.6, up from 59.7 a year ago, good enough to put it ahead of Adidas (62.6) and ASOS (62.3).

Surprisingly, perhaps, Amazon’s key strength is offline conversation, ranking first with a score of 73, the highest of any brand, due to the high volume and positive sentiment of consumer conversations related to the eCommerce giant. 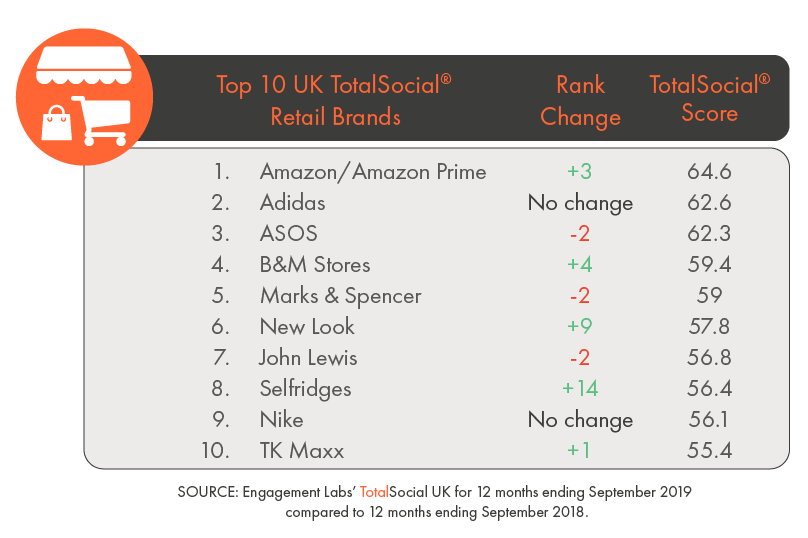 Meantime, the fastest rising brand is Selfridges, the century-old retailer now ranked eighth, up from 22nd a year ago.  In the last year the store has launched a new “Radical Luxury” campaign and has seen its offline sentiment and brand sharing soar, meaning people are talking positively about its marketing and advertising. The brand’s main weakness is a lack of more frequent conversations, particularly offline. 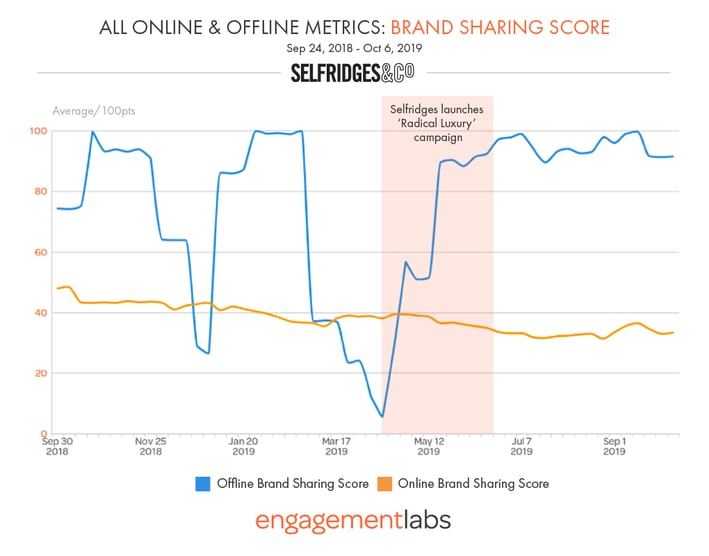 “About 25% of all brand conversations are stimulated by advertising,” said Engagement Labs CEO Ed Keller. “When advertising is designed to be talkworthy, it can generate more personal recommendations for the brand, and the brand’s message enjoys extended reach through social amplification, both online and in the real world.”

New Look is also up sharply, to sixth overall, up from 15th, thanks to rising sentiment, especially offline. The positive conversations correlate with a positive turnaround story, a summertime campaign, and a new line of 500 vegan bags and shoes.

Due principally to advances by their competitors, ASOS, Marks & Spencer, and John Lewis have all slipped two places in the ranking, to third, fifth, and seventh, respectively.

“In order to drive positive conversations in the retail category, it is necessary for brands to take risks and stand out,” said Mr. Keller.  “If you are not moving forward, you are falling behind.”