Beverage Alcohol Conversations Flourish in an Era of Innovation 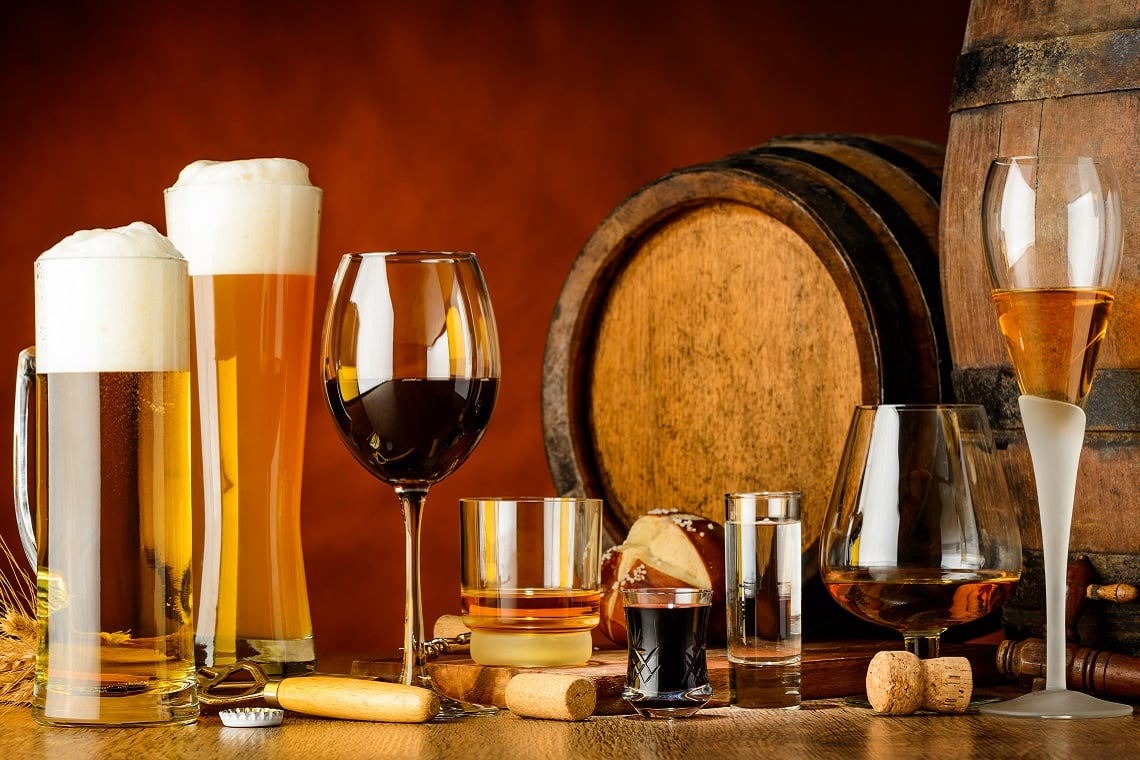 A new report out this month warns that “consumer interest in beverage alcohol is down,” based on shifts in social media conversations.  Produced by social listening company, Social Standards, the report runs counter to industry reports and forecasts, which are more favorable. One key reason why: Social media conversations in isolation provide an insufficient window into larger trends.

Engagement Labs’ TotalSocial® platform incorporates both online and offline conversations about brands, including beverage alcohol brands.  Over the last four years, the volume of conversations has held steady for the biggest beer, spirits, and wine brands, despite the explosion of upstart brands like White Claw, Tito’s, and Modelo, as well as the expanding craft beer and distillery markets in many states. Taken altogether, one must conclude that consumer interest is growing, not declining.

Among the eleven most talked about beer brands, the average number of people participating in offline conversations every week has remained steady at about 8 million, while the number for the most talked about eight spirits brands has slipped only slightly from 4 million, as shown below. Both the beer and spirits categories exhibit strong seasonal variation, peaking during the December holidays and in June/July most years. 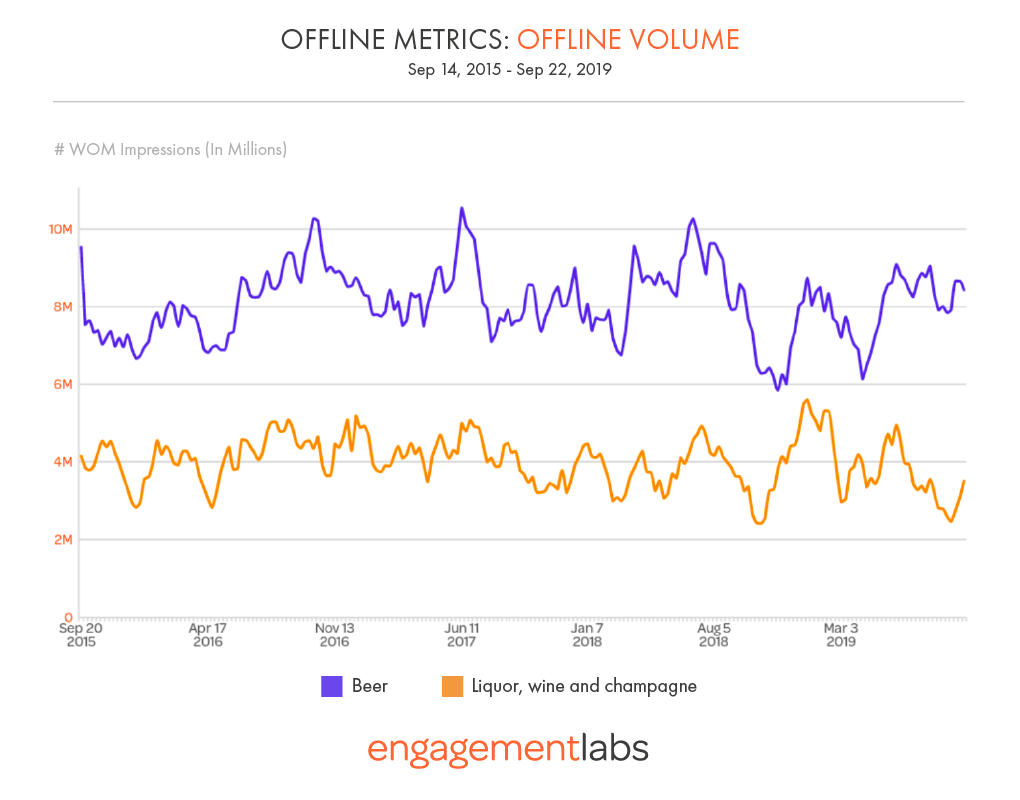 While category talk levels are holding up, we are seeing some big shifts at the individual brand level when considering all four of Engagement Labs TotalSocial® metrics, including volume, sentiment, brand sharing, and influence.

Whiskey is having a good year.  Jack Daniel’s has surged into first place, up from sixth last year, with a composite score of 57, and Crown Royal has surged 10 positions to second.  They are followed by two rising beer brands, Budweiser and Blue Moon. Meantime, Samuel Adams has dropped to eighth place from second, and Heineken dropped to tenth from fourth. Bud Light has dropped two spots, to fifth, despite commercials that appeared to win the Super Bowl in 2019. 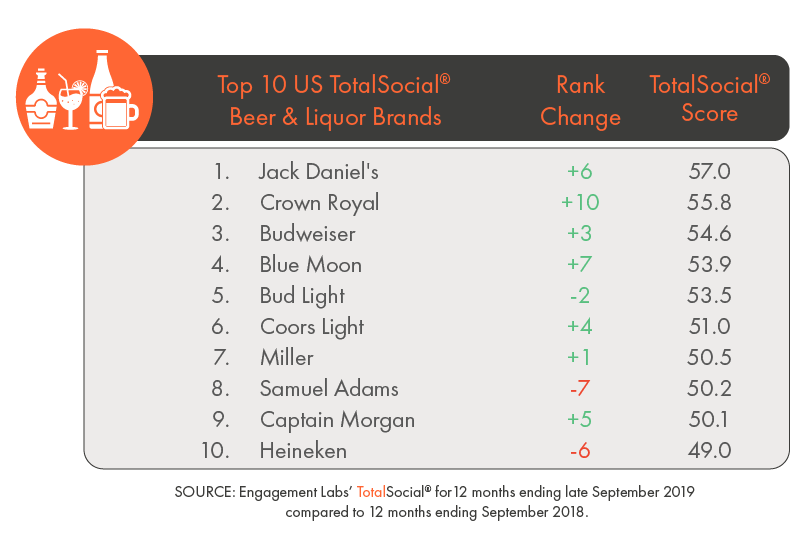 In a very strong sign for the category, offline sentiment scores are rising for the beer and spirits categories over the last four years, as shown in the chart below. However, online sentiment scores are declining, reinforcing our consistent finding that while both online and offline conversations are important they are very different and one cannot predict the other.

BEER & LIQUOR SENTIMENT TRENDING UP FOR OFFLINE CONVERSATION, DOWN IN SOCIAL MEDIA

Indeed, there is reason to believe that for the beverage alcohol industry, social media may be a particularly poor predictor of offline behavior. One reason is that many marketers hold back on social media due to complicated rules for beverage alcohol. Another factor is that many social media users will be wary of sharing too many posts about alcohol, for fear of implying they have a drinking problem, or simply to avoid the risk of offending friends and family who are confirmed non-drinkers. Thus, marketers should be wary of drawing sweeping conclusions from consumer opinions posted online.