Chick-fil-A in Chicken Fight with Popeyes, but Wendy’s Rules the Roost 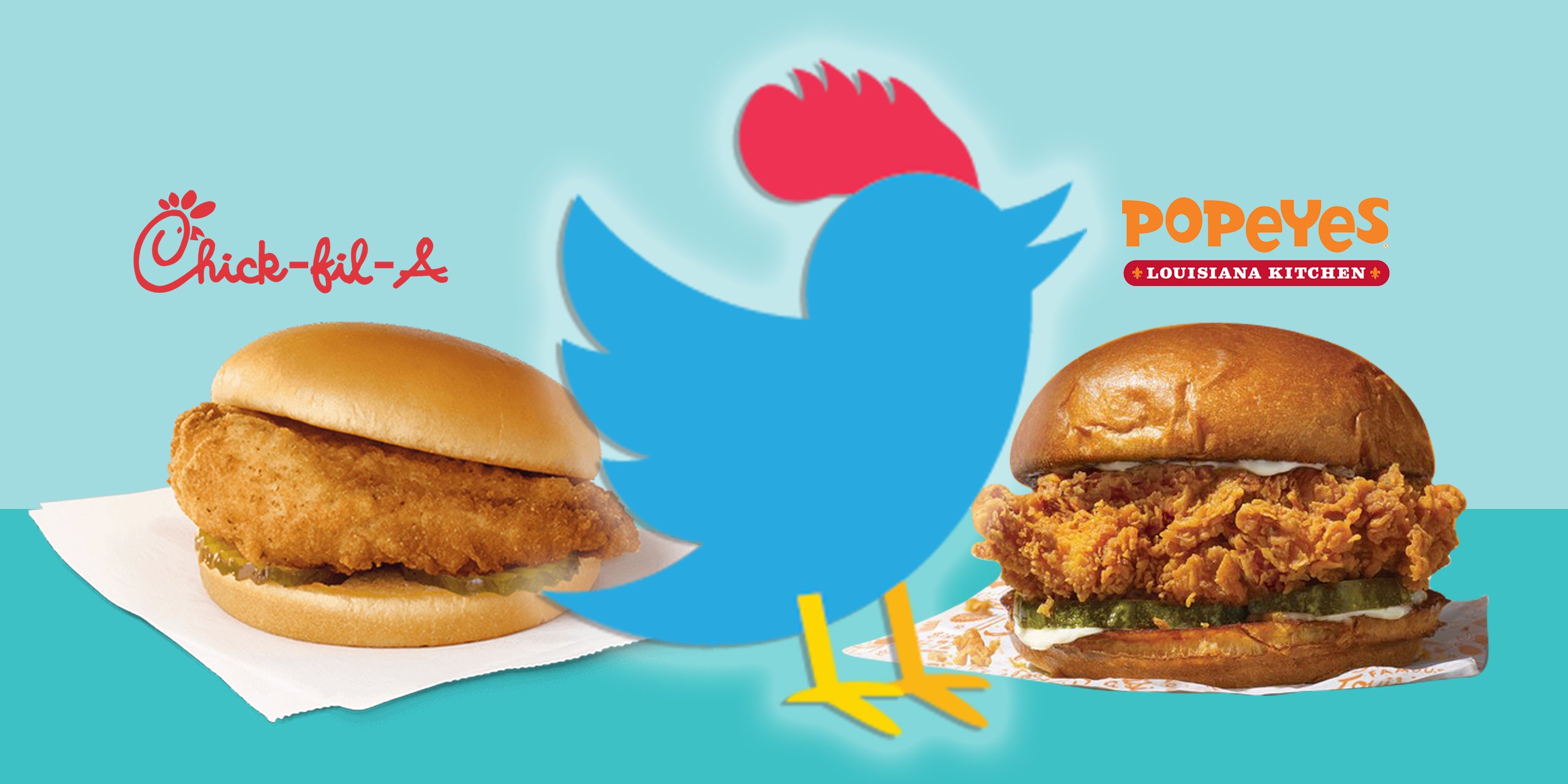 Did the Popeyes quick-service restaurant chain know what kind of fight they were picking when they announced the nationwide roll-out of a New Orleans-style chicken sandwich?

Until triggering this latest “chicken war,” Popeyes was positioned far down the QSR pecking order, ranked only 22nd in the industry with a TotalSocial® score of 42.4, reflecting below-average performance in social media and in real-world conversations about the brand.

By comparison, Wendy’s and Chick-fil-A owned the top two spots in the TotalSocial® rankings, with Wendy’s the top brand for social media conversation, and Chick-fil-A ranked first for offline conversations. Both brands swiftly squawked back at upstart Popeyes, claiming to have the superior chicken products, and earning widespread retweets.

*MarketShare rank among “The QSR 50” for 2018 from QSR magazine.  TotalSocial scores from Engagement Labs based on 12 months ending August 18, 2019.

While ordinarily thought of as a “burger brand,” Wendy’s became famous for its spicy chicken nuggets in the spring of 2017 when a teenager named Carter Wilkerson asked Wendy’s how many retweets would earn him free nuggets for a year.  After Wendy’s answered “18 million,” “nugget boy” went on to claim the all-time champ for retweets, breaking Ellen DeGeneres’ record.

Since then, Wendy’s has continued to perform extremely well online, notably this spring when Chance the Rapper’s goosed Wendy’s Twitter account by publicly praying for the return of those Wendy’s spicy nuggets.  Savvy marketers at Wendy’s jumped on the opportunity to answer his prayers, generating another Tweet storm. Offline conversations are also trending upward for Wendy’s.

Chick-fil-A jumped into the online fray as well, but the brand’s true success is based on dominating the offline conversation.  The brand has, by far, the QSR category’s highest offline “net sentiment” score, 80.3, 10 points ahead of number-two Dunkin' Donuts, due to much more positive than negative offline conversations. Chick-fil-A is the QSR brand that people gush about, although the love does not extend to social media where its score is merely 32.9.

When one compares TotalSocial scores to market share, some dramatic contrasts stand out.  The top three brands—Chipotle at number three, in addition to Wendy’s and Chick-fil-A, are all socially punching well above their market presence weight.  At the other extreme, a few market leaders perform poorly on the TotalSocial index: McDonald’s, Burger King, and Subway.  Only Starbucks earns a place among the top four both in terms of market share and TotalSocial® score.  TotalSocial metrics have been shown to be forward-looking, meaning that market performance tends to improve for highly ranked TotalSocial® brands, and to decline for lower-ranked ones.

How will Popeyes emerge from its game-of-chicken against two TotalSocial champs?  Will the brand land on a higher perch in the category?  Popeyes TotalSocial Online score rose to its highest level in three years on the eve of the counter-attacks by Wendy’s and Chick-fil-A.  Check back after Labor Day to see which brand is crowing, and which is eating crow.