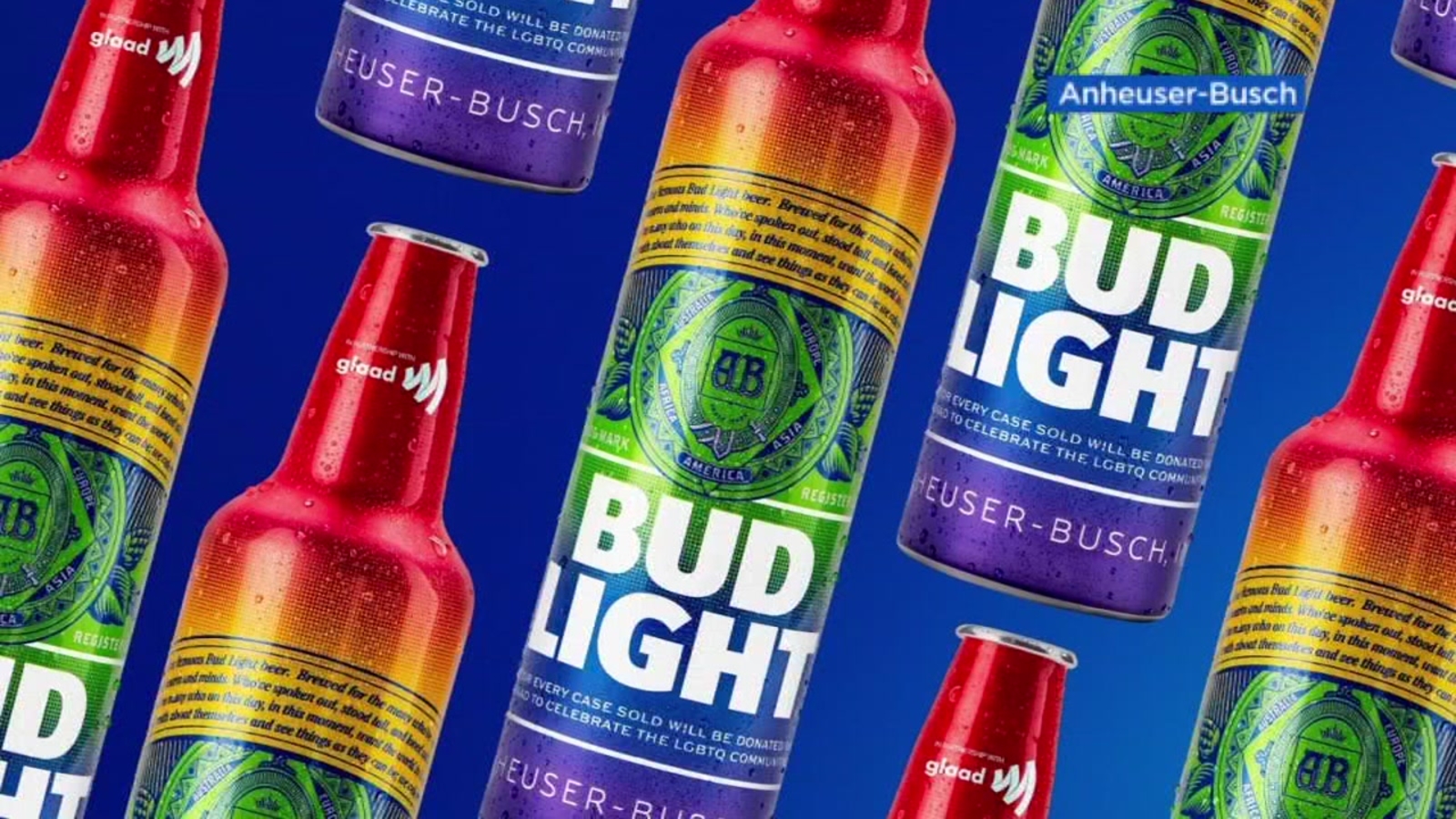 Lately, we’ve been reporting numerous instances of brands being drawn into political controversies and experiencing nasty blow-ups in social media, although online outrage has rarely translated to real-world anger.

That’s what makes the social response to Pride Month this year somewhat surprising.  By mid-month, none of 16 prominent brands promoting Pride campaigns is experiencing a major backlash, either in social media, or in real-world conversations that happen across the dinner table, at the water cooler, or over a backyard fence.  The implication is that LGBT issues may not be as controversial as they once were, now 50 years after the Stonewall riot that sparked the modern gay-rights movement.

The recent pattern has been that brands engaging in politically fraught issues such as gun control, black lives matter, and the #metoo movement experience big, negative hits in social media that rarely crossover to real-world conversations.  We saw this with Dick’s Sporting Goods, Citibank, and Delta on the gun issue and with Gillette when it took a stand against the “boys will be boys” culture.  Nike got beaten up both online and offline for promoting Colin Kaepernick’s “black lives matter” campaign, but ultimately gained from higher brand engagement within the Nike target market.

Yet the 16 brands tracked in our TotalSocial® platform that are actively promoting LGBT support for Pride Month are faring well, both online and offline.  When we plotted the TotalSocial scores for those brands over the six months ending June 16, the result looks more like a Pride rainbow flag blowing in the wind, as opposed to a consistently up or down trend. 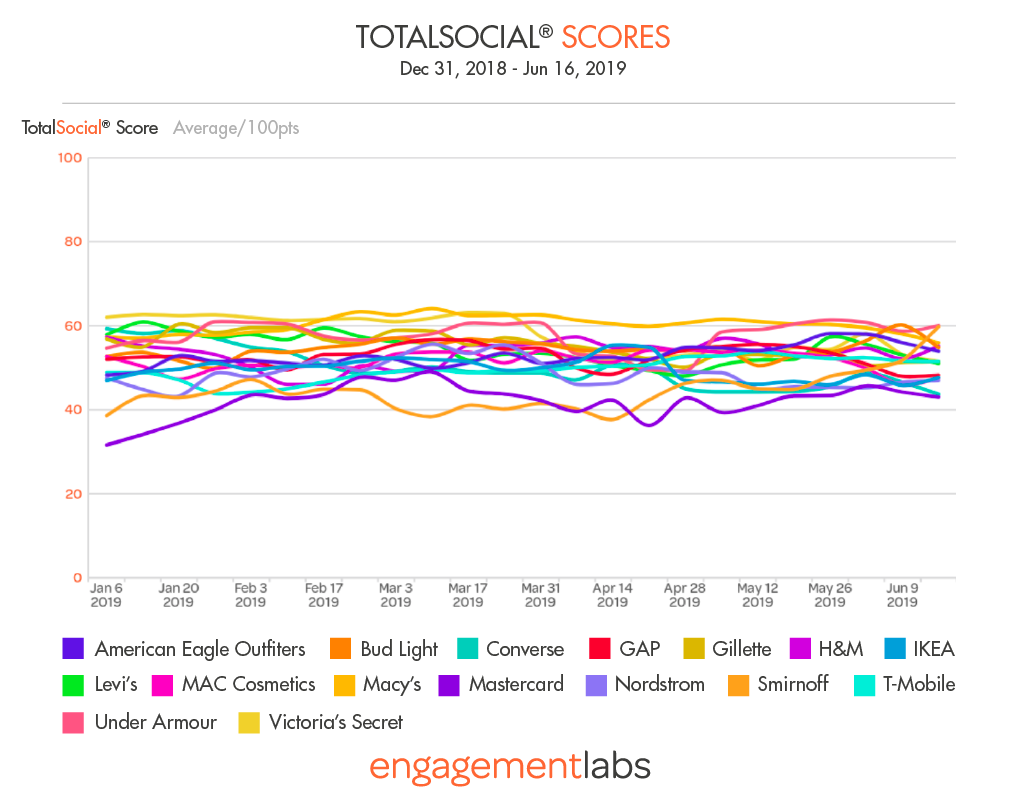 Drilling down into the detailed metrics reveals some interesting case studies.  Probably the most positive reaction any brand received during Pride month is Smirnoff, the vodka brand, which has organized a multi-faceted campaign involving “LGBTQIA influencers,” limited edition packaging, and plans for a central role in the biggest Pride parade, in New York City.  Smirnoff and its parent, Diageo, are touting their perfect 100 score for being an LGBT-friendly workplace. 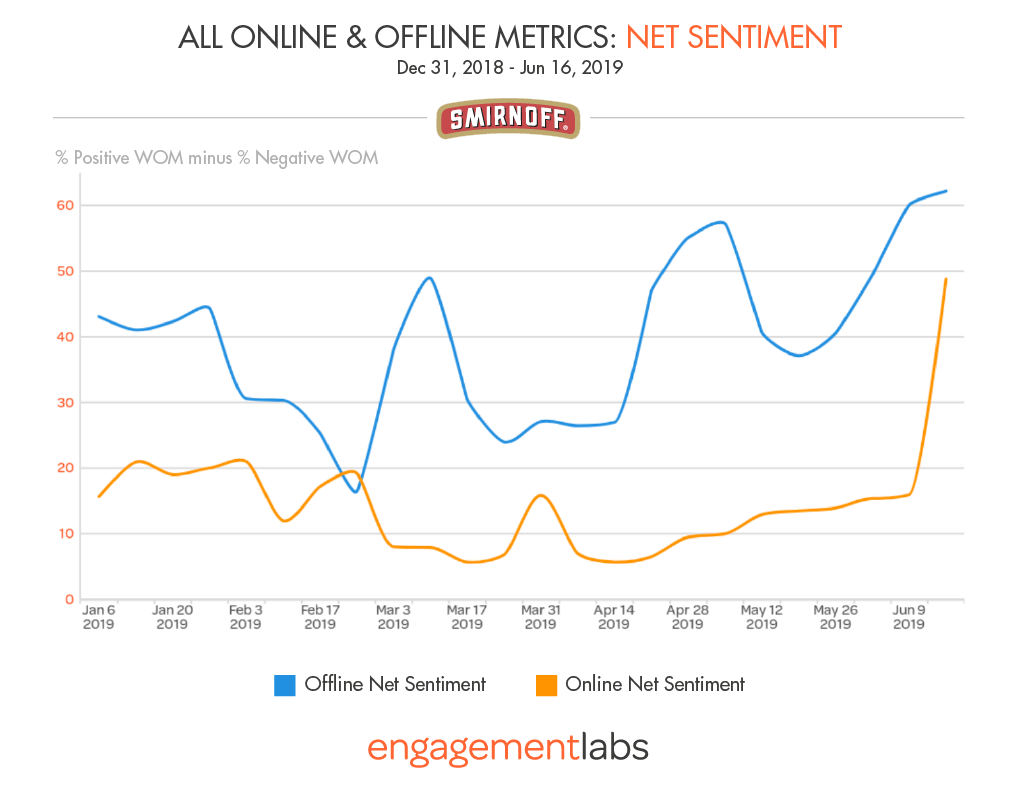 Meantime, another beverage brand, Bud Light, has made a major commitment to Pride Month with a special edition aluminum “rainbow bottle.” While positive net sentiment hasn’t changed much, Bud Light has generated much higher volumes of weekly conversations about the brand, reaching 26 million per week the first week of June, versus 19 million before the announcement of the rainbow bottles. Indeed, Pride Month is producing the highest level of conversation about Bud Light since the recent Super Bowl.

A third brand, Gillette, may be happy with very little change, either online or offline, in response to a Pride Month commercial that features a father teaching his trans son to shave for the first time. Just a few month ago, the brand was on the receiving end of a social media backlash against a commercial that spoke to men about the importance of being respectful of women.

The message to brands is that acceptance of gays, lesbians, and other gender non-conforming consumers does not carry the same level of risk that other politically and social sensitive issues carry.  That’s a big change in a short period of time.

At age 50, the modern LGBT movement has accomplished a great deal in the spheres of politics, the law, and family life.  We can add to that list a significant measure of acceptance in the national conversation, both online and offline.