It is doubtful anybody anticipated Dick’s would be performing this well, 14 months after announcing it would stop selling assault rifles in response to the tragic February 2018 school shooting in Parkland, FL. Indeed, CEO Ed Stack told investors the move was “not going to be positive from a traffic standpoint and from a sales standpoint.”

An important sign of trouble was the eruption of negative sentiment about Dick’s in social media as supporters of gun rights took to Twitter and Facebook to express anger at the retailer.

Today, the brand’s steady performance on net income and rising stock price look far more consistent with the steady, positive sentiment of offline conversations versus the volatile—and often negative—discussion in social media. In the trend line below, we see two very negative turns in social media sentiment at the time of the initial announcement on gun sales, and later when Dick’s was among several brands criticized for being anti-conservative in a widely shared tweet that predicted Dick’s being relegated to the “dustbin of history.” 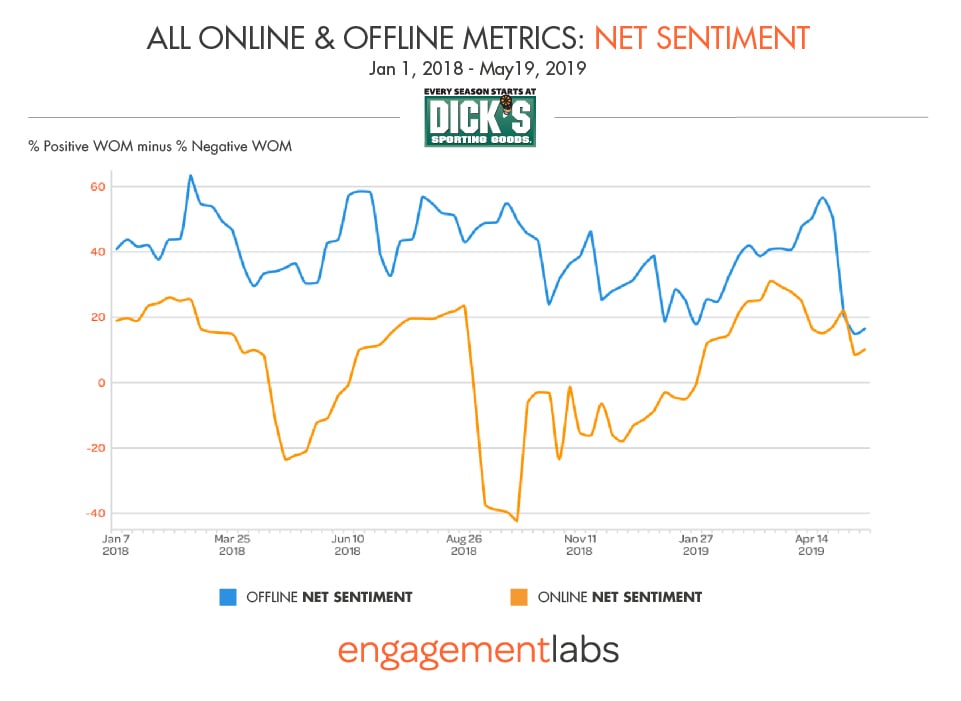 Engagement Labs helps companies assess risks and opportunities that are revealed by tracking both online and offline consumer conversations.  For more information, contact us today.