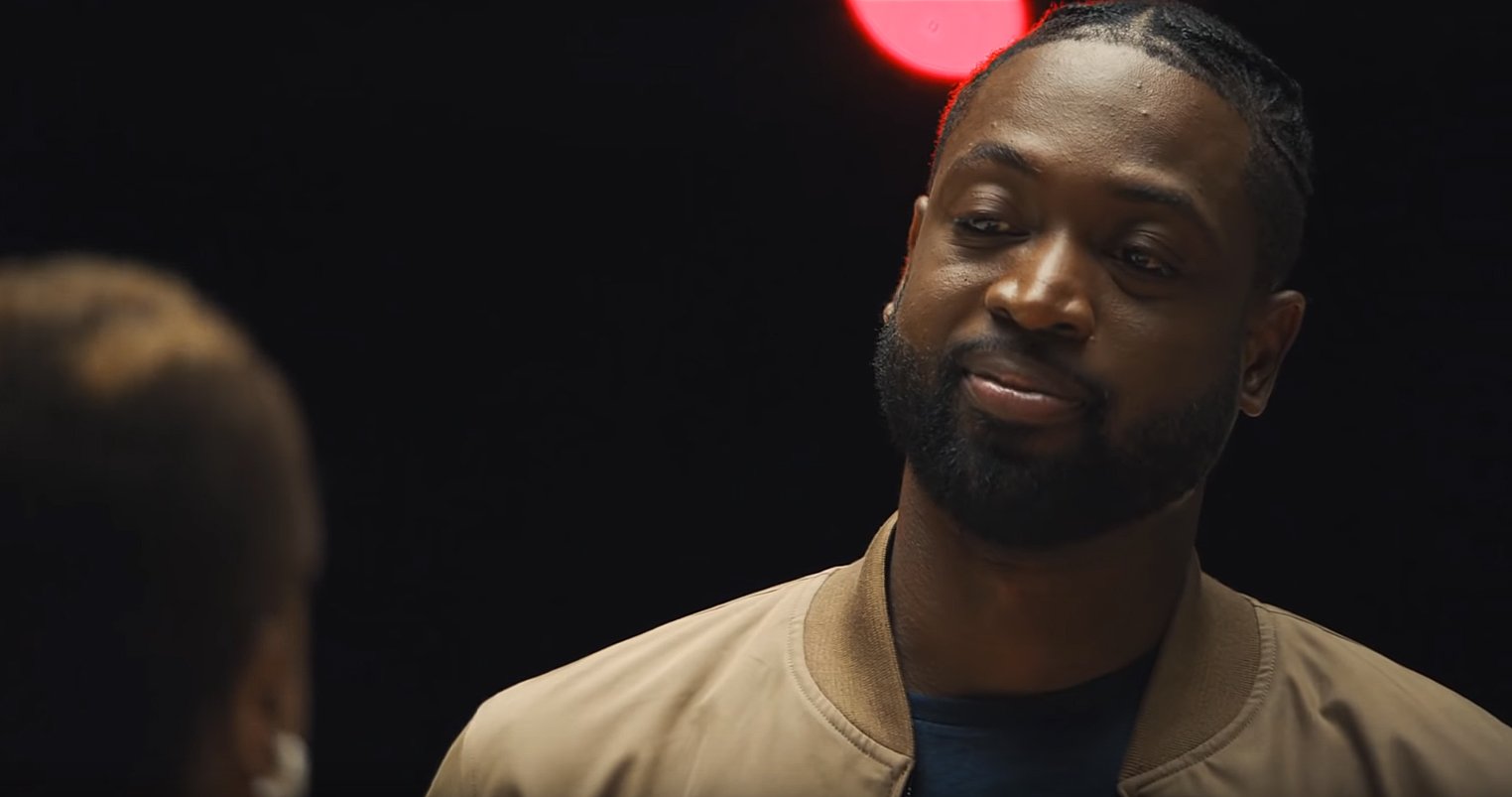 Basketball great Dwyane Wade finished his NBA career this month having scored 23,165 points and made 5,701 assists during a 16-year career.  One of his final acts was a marketing assist for Budweiser that scored bigger than Budweiser’s recent Super Bowl commercials, generating a surge of positive social media consumer conversations about the beer brand.

On April 9 Wade appeared in his final home game for the Miami Heat where players and spectators enjoyed a special evening of tributes. One tribute was a four-minute video sponsored by Budweiser beer in which Wade heard from five people about the enormous, positive impacts he had on their lives. The five thanked Wade for:

Broadcast in the arena and on television, the video drove 14,000 Budweiser mentions on social media, more than the brand enjoyed during the recent Super Bowl where the brand was the biggest spender of any brand, investing more than $33 million according to Kantar.  Offline conversations about Budweiser also trended up by 3 million impressions, but that was not an unusual increase for the brand. 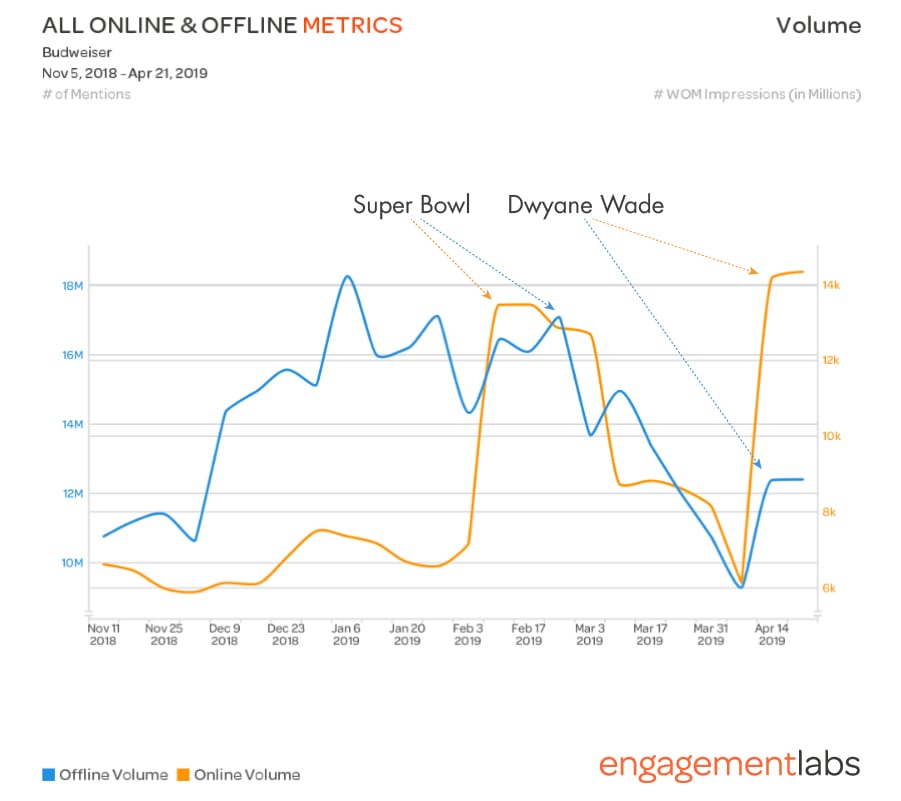 Even more impressive, Budweiser’s online net sentiment—positive minus negative comments about the brand online—rose to the highest level ever measured for the brand we have ever measured.  In fact, for the week ending April 14, 2019, Budweiser had the highest online net sentiment we have measured in a year for any beer brand!  In social media, Budweiser’s tribute to Dwyane Wade generated remarkable levels of brand love. 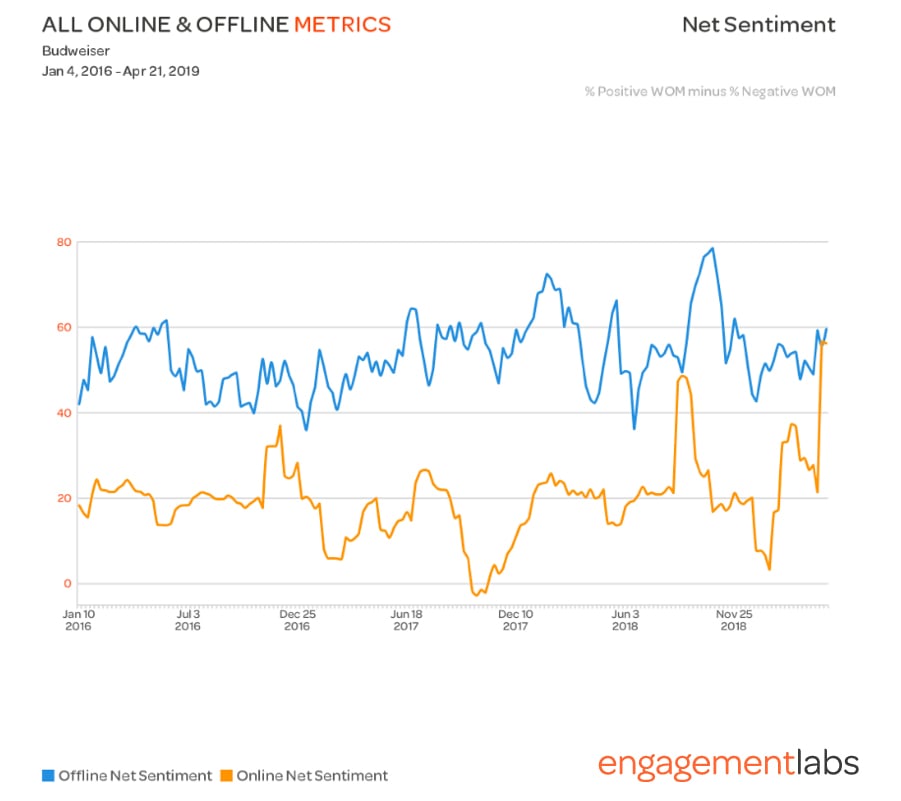 The reaction on social media has involved incredible levels of content sharing, much greater than what Budweiser experienced during the recent Super Bowl. On YouTube the Wade commercial has been viewed nearly 5 million times by late April.

Engagement Labs has a metric called brand sharing, which measures the degree to which people are sharing the brand’s content on social media or talking about the brand’s advertising in offline conversations. Both the online and offline brand sharing metrics have shot up to their highest levels in three years, suggesting the Wade video has been an enormous driver of engagement.

All of this matters for Budweiser because, as we’ve written in the MIT Sloan Management Review, research shows that both online and offline conversations drive purchases.  But to achieve success in driving those conversations, brands need to think beyond paid television advertising and tell compelling stories, as Budweiser did with Dwyane Wades’ assist.

What’s Dwyane Wade going to do after his basketball retirement? We suspect he's taking more than a few meetings with the nation’s leading marketers.