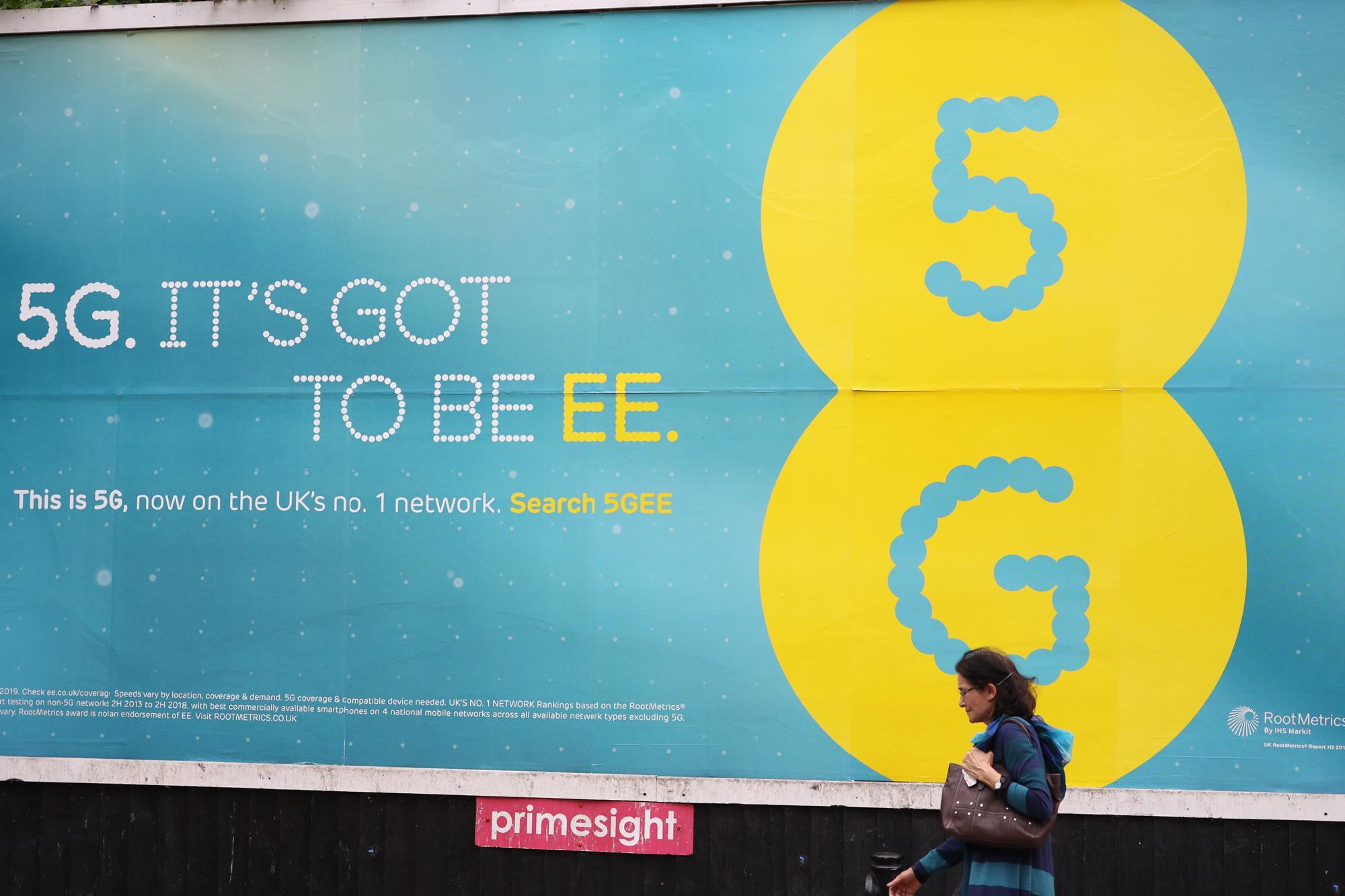 The EE mobile phone brand (formerly, Everything Everywhere) is both the market leader in the United Kingdom, and the topic of the strongest consumer conversations in the category, earning a TotalSocial score of 55.4, the highest of any UK telecom brand in the first half of 2019.  The brand has improved its ranking by three places compared to a year ago.

EE has the best Online TotalSocial Score of all UK telecom brands, scoring above the category average for all four online metrics: Volume, Sentiment, Brand Sharing, and Influence.  EE also gets the second most volume of offline conversation, trailing only iPhone, which is ranked 7th overall for conversation volume. 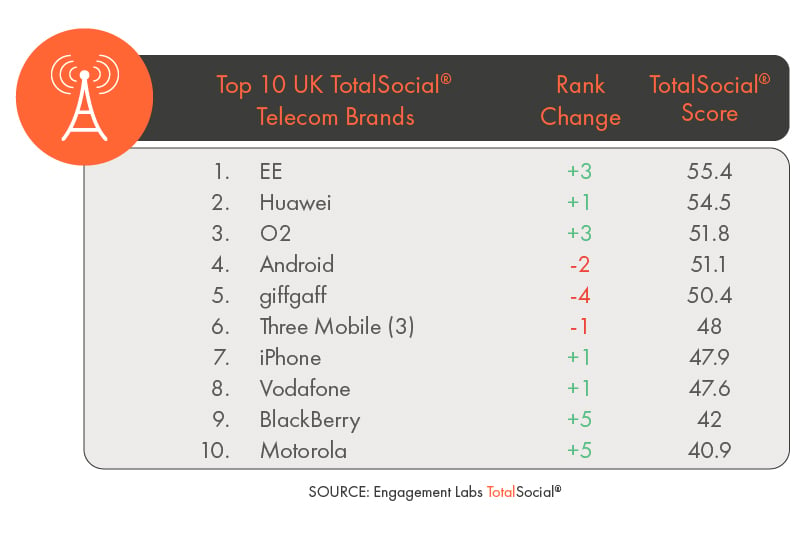 The Chinese brand Huawei is ranked second, up from third a year ago. Huawei’s strengths are offline conversation, for which is ranked first. It also ranks first for earning the most online conversation volume, although many of the social media conversation about the brand are negative.  The brand has been accused by the United States of enabling the Chinese government to spy on citizens of western countries, and this topic is evident in UK-based social media discussions about the brand.

The third-ranked brand is O2, up 3 positions versus a year ago.  The O2 brand does better than most of its competitors in being talked about by both online and offline influencers, and it gets a lot of offline conversation as a result of people talking about O2 advertising.  The brand has recently been running an innovative campaign emphasizing custom plans suited for the “individuality” of human beings.

Two brands have dropped off the Top Ten TotalSocial list: Mobile phone makers HTC, which plummeted 8 positions to 15th, and Nokia which dropped 3 positions to 13th.  The decline of HTC was particularly dramatic in terms of offline performance, falling from an offline TotalSocial Score of 52.7 a year ago to just 26.4 in the first half of 2019, thanks to much lower offline conversation volume, sentiment, and conversations about the brands advertising.