But It’s Macy’s with the Big Problem: Too Little Offline Conversation 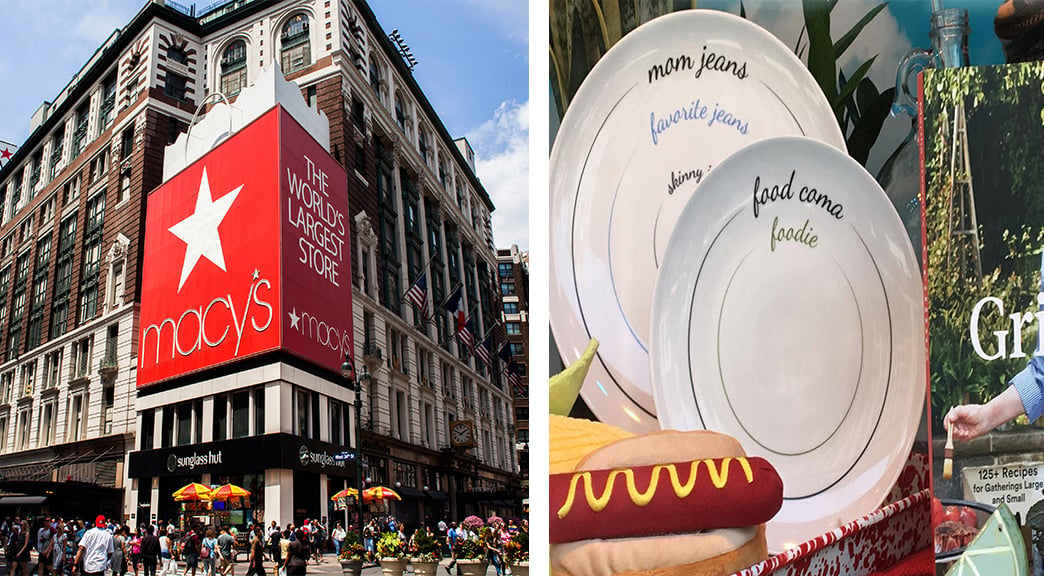 In July, Macy’s and Forever 21 got themselves into social media trouble for business decisions that struck many consumers as hostile to “plus-size” women.  While both took their lumps in social media, it is Macy’s with the bigger problem—not enough conversation in the real world.

On July 21, a Twitter user named Alie Ward posted a photo and comment on Twitter declaring that a novelty dinner plate sold at Macy’s was a form of fat shaming, decorated as it was with concentric serving-size circles labeled “mom jeans” at the outer perimeter of the plate, and “skinny jeans” for the small circle in the middle.  The same week, online shoppers of Forever 21 started sharing their anger in social media after receiving free Atkins “diet bars” samples with their plus-sized apparel orders.

Both brands have seen sharp, downward trends in the “net sentiment” of social media conversations, as people share more negative and fewer positive opinions about the brands. In fact, by late July the two brands were approaching net sentiment scores of zero, meaning negative and mixed comments were offsetting nearly all the positive ones. 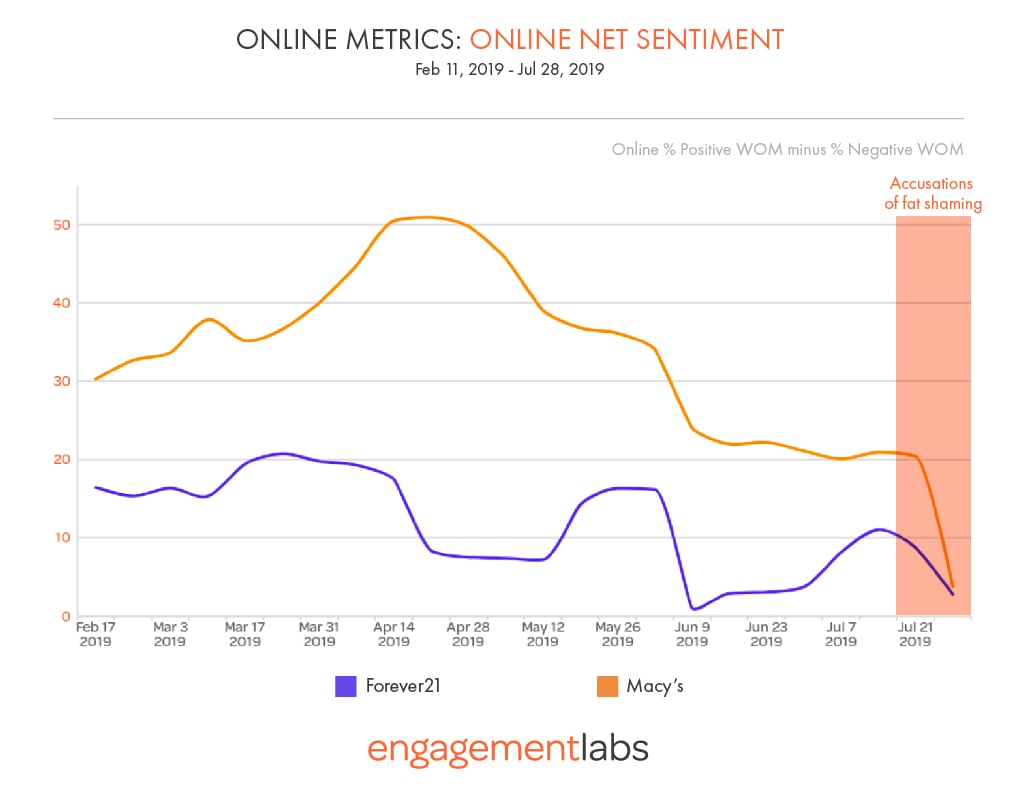 As we have seen in many other cases of outrage against brands in social media, the trend has not translated into negativity in the “real world.”  The net sentiment of face-to-face conversations about Macy’s have remained rather constant. Meanwhile, Forever 21’s net sentiment has improved a bit, probably reflecting a long-term trend rather than a response to the diet bar sampling, which the company said involved buyers of all garments, not just plus sized. 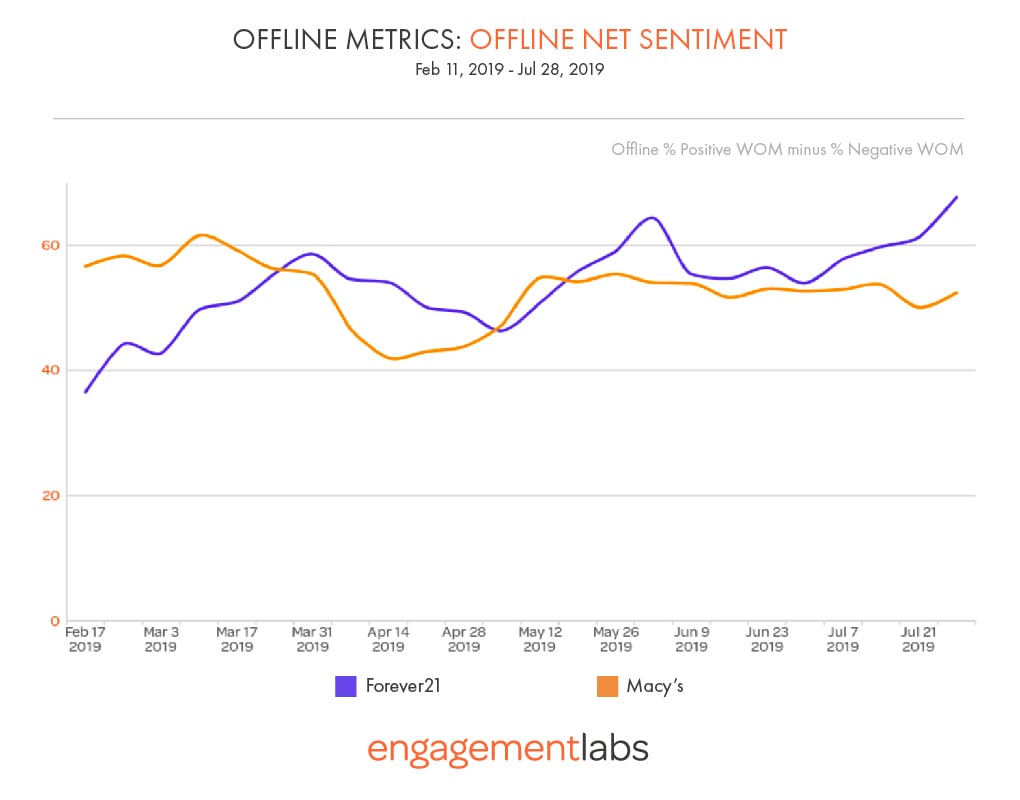 Regardless of whether the negativity about fat-shaming moves offline in the coming weeks, Macy’s is facing a bigger word-of-mouth problem than Forever 21.  The venerable department store retailer is being talked about less often now than at any time in the last three years.  The long-term trend suggests the relevance of Macy’s to consumers is fading quickly.

Forever 21, on the other hand, appears to be holding up in terms of offline conversation levels over the last three years, despite some volatility.  It may not be possible for people to remain 21-years-old forever, but the fast-fashion brand is having some success at remaining relevant, despite the occasional marketing mistake. 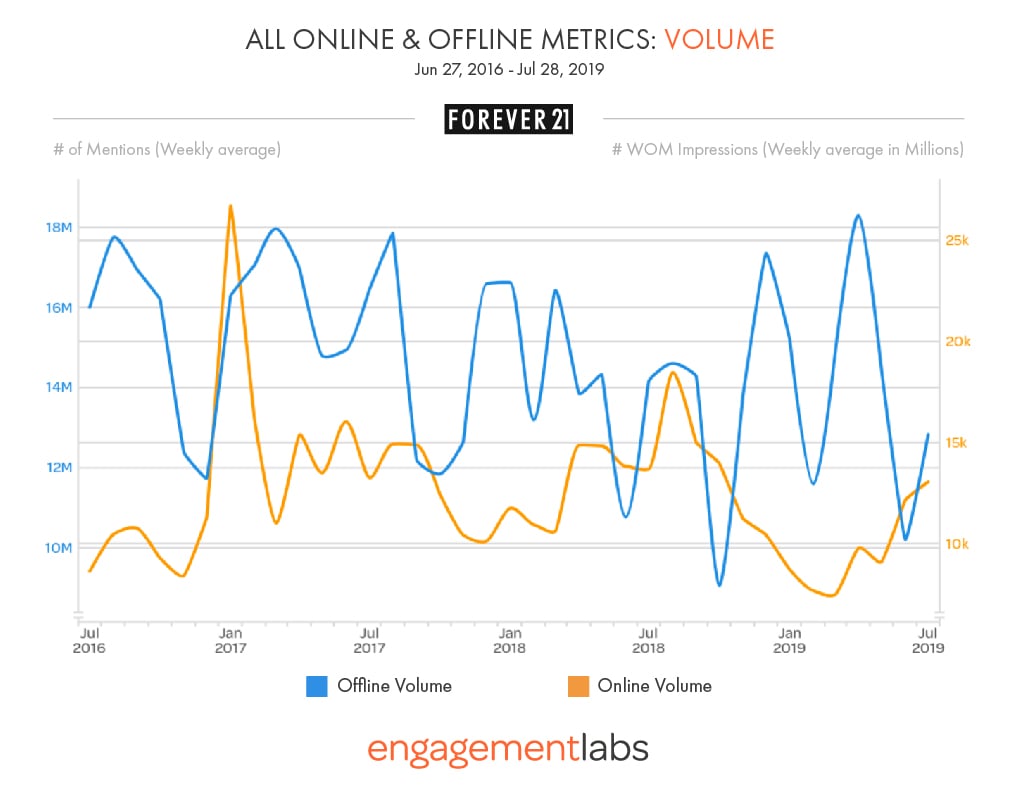