Gen Z: Still Actively Talking About Brands, Offline and Online, as They Weather These Challenging Times 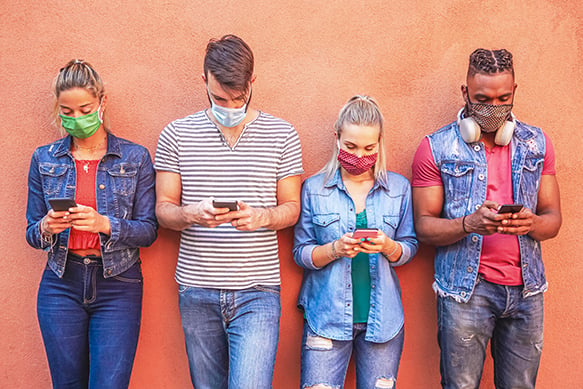 It is August, which means back to school – whether that’s in person, virtually, or in hybrid mode. It is also a good time to see what brands resonate most with today’s young consumers – the so-called Gen Z.

Two years ago we issued a white paper about Gen Z and noted that “Generation Z is widely recognized as the next consumer powerhouse,” according to AdWeek, because of their large numbers and because they are assumed to be different from the Millennial generation that proceeds them.

We decided it’s time to check back in to see how brand buzz among them has changed.

In 2018 we dubbed them the TotalSocial generation, due to their wide-ranging interests, and their desire to share those passions with others, both online and offline.

But they are highly likely to talk offline too. In fact, today’s teen talk about brands 14 times each day – that’s 39% more offline conversations compared to adults 21+. And, despite quarantine, they talk offline more now than they did two years ago (+5%). 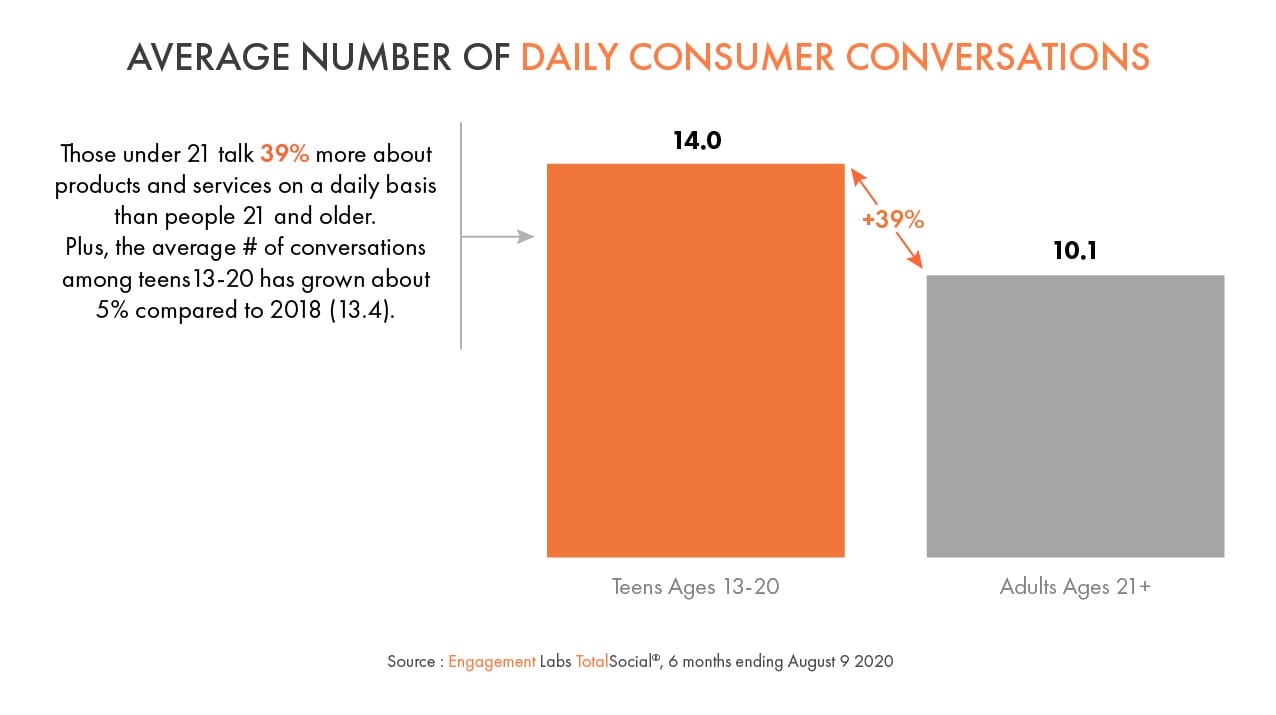 Whether talking face to face (two thirds of offline conversation), or phone, text/IM, or video call, offline word of mouth remains an important – and growing part of their lives.

Most Talked About Brands

Time have changed dramatically, but the most talked about brands remain relatively constant for these 13-20-year olds. Nine of the top 10 in 2020 were also in the top 10 in 2018, led by Apple, iPhone, Nike and McDonalds.

Entering the top 5 is Netflix (up from #13, with an increase of 111% in daily offline conversation), consistent with the huge increases we see generally in buzz about streaming services as consumers of all ages were looking for new entertainment choices during the COVID-19 lock downs and quarantine.   Amazon and Amazon Prime each joined the youth top 20 list for similar reasons.

With Netflix’s ascendancy, Adidas fell out of the top 10, creating further distance between it and rival Nike. Also falling out of the top tier in 2020 are Pepsi, which was #15 two years ago and is now #23, thereby creating a larger gap with its rival Coca-Cola. Android has fallen to #36 from #16, creating more space among these young consumers with its rival iPhone. And Facebook has fallen to #43 from #18 as Instagram (owned by Facebook) and Snapchat take conversational precedence. For all of its media attention, TikTok ranks a distant 49th in offline chatter among teens.

Gen Z: Engaged in Issues Related to Schools, the Environment, Immigration and Women

With an election year upon us there is talk about the heightened engagement of young people, and our data lend support to that. They are approximately 30% more talkative about a wide variety of issues compared to adults. Which issues in particular?

Among a diverse set of about 20 issues we track regularly, the most popular daily topic of teens is “schools or education,” and they talk at a far higher daily rate than adults as a whole which makes sense, especially during this Coronavirus period.

Other issues where they stand out ahead of adults are: looking for a job or concern about losing one, underscoring that the economic challenges the nation faces have a profound impact on young people; what’s happening in other countries, protecting the environment, racism or racial justice, issues important to women and immigration. Teens also talk somewhat more than adults about gun policy, but it is a decidedly lower tier issue for teens, somewhat surprisingly given how much gun violence has been focused on schools.

Methodology: Engagement Labs measures both online and offline conversation as part of our TotalSocial Platform. The offline data is derived using an online survey to measure brands and issues talked about "yesterday".  For this report, analysts focused on the offline conversations of representative national sample of people 13-69 years old, with a focus on 13-20s vs. 21+. The study involves approximately 36,000 people surveyed per year (700 per week).