Republicans and Trump at Least Negative Levels in a Year

Democrats had a 10-point advantage over Republicans in the national conversation as the impact of the successful confirmation of Associate Justice Brett Kavanaugh faded into the past, a gap similar to the average 8-point gap in “generic ballot” survey questions. The “net sentiment” for Democrats improved to -40 while Republicans were at -50, their best result all year.

Meantime, the conversation about President Trump was at -37 for the week ending October 21, his best result in 2018, although data collection ended prior to the discovery of pipe bombs delivered to prominent Democrats criticized by the President at his rallies and in his Tweets. 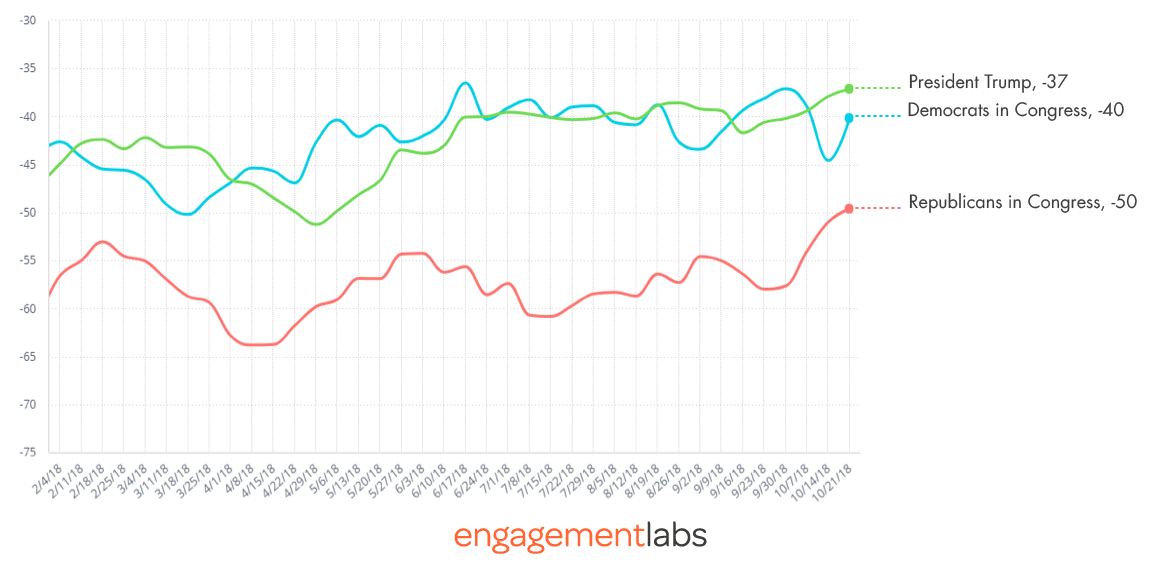 Conversations about both parties are roughly equally positive versus negative among their own partisans, while overwhelmingly negative among both independents and opposite party members. 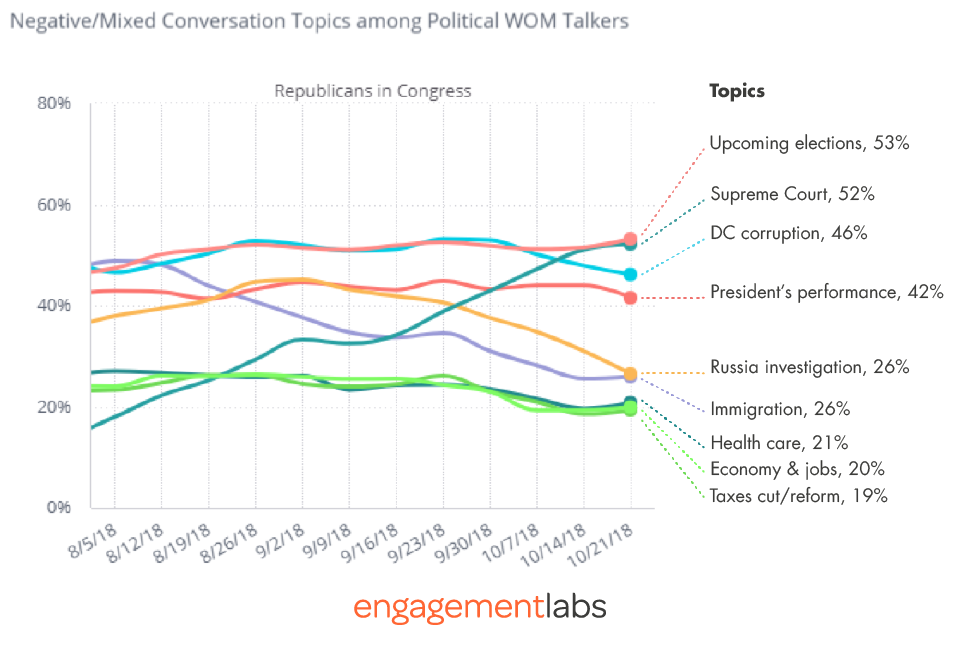 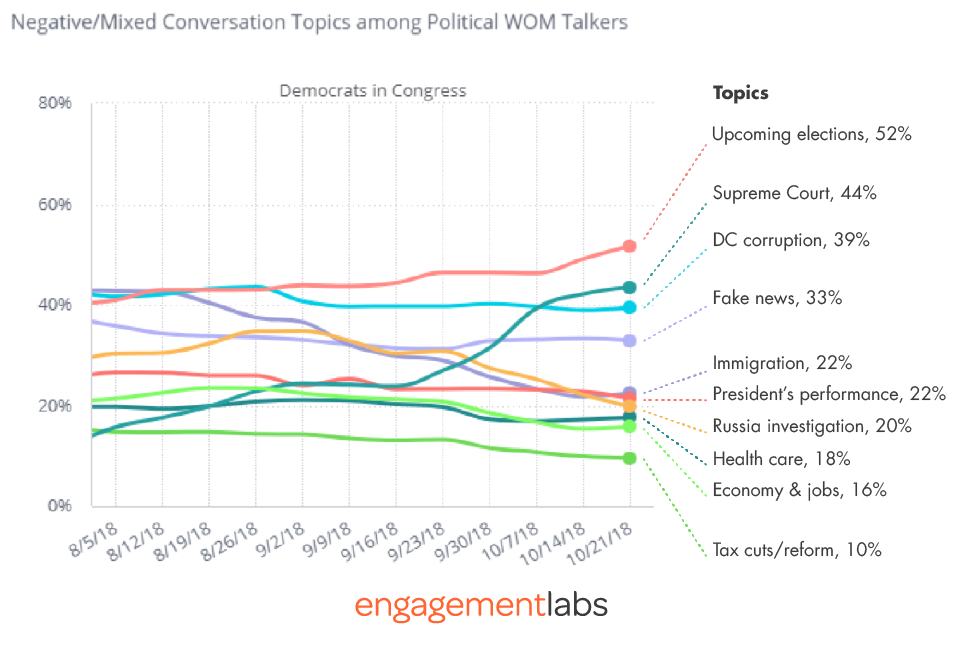 Over the last few weeks, the conversation has shifted fairly dramatically, serving as a reminder of dramatic shift the same methodology after the James Comey FBI letter to Congress on October 28, 2016 that led to the only period of time during the campaign when candidate Trump had a less negative conversation than candidate Clinton, a shift that Clinton cited in her book, What Happened.