Our recent press release highlighted our latest TotalSocial® ranking of the top-performing U.S. brands in the tech/electronics category. On that side of the pond, we noted how Bose had risen up the brand rankings, with more positive offline sentiment thanks to its renewed agreement with the NFL to remain its official headphone and headset provider and also an updated version of its noise-canceling headphones.

This is a category where pretty much all the key players are global brands, but the social performance of these big names is far from consistent across markets. That said, the top-ranked brand is the same in each market – you may have heard of them. Apple has the strongest social footprint, even if we regard iPhone and iPad as separate brands for analytic purposes.

In a fast-moving category, brand reputations can change quickly, and as in the US we’ve compared recent performance (past 6 months) with the prior 12 months to see who has the best social momentum. As we often say, “the results may surprise you.” 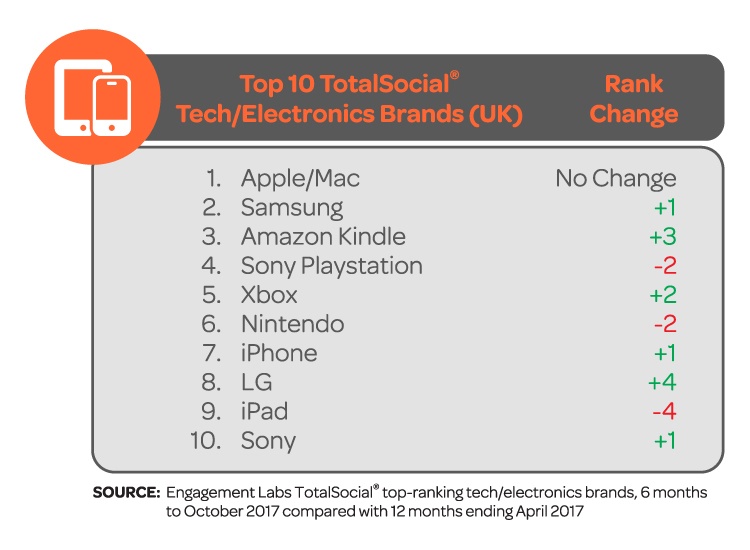 Amazon Kindle is proving to have more social traction than one might think, despite the lower marketing support it is receiving and the plateauing of e-book sales in the UK. But while the volume of conversation about Kindle (both online and offline) has fallen by about 20%, much of this is due to a reduction in the number of negative or "mixed" comments and conversation. Both online and offline sentiment has improved. We sense a shift from general media hype to the less dramatic advocacy of satisfied users, who continue to enjoy using the device. With Kindle also continuing to score well in the US, we should not write it off just yet.

LG was another big improver, with the launch of its V30 smartphone being a big factor. Notably, stronger offline sentiment and engagement with influencers were big factors. It’s a phone seemingly designed to appeal to the tech-savvy but not tech-obsessed (the BBC described it as “leaves gimmicks behind”) – exactly the kind of people who connect in the real-world rather than spending all their time in online forums.

To read more about the social influence of UK brands, check out our Lessons From the Leaders, UK Edition Ebook. 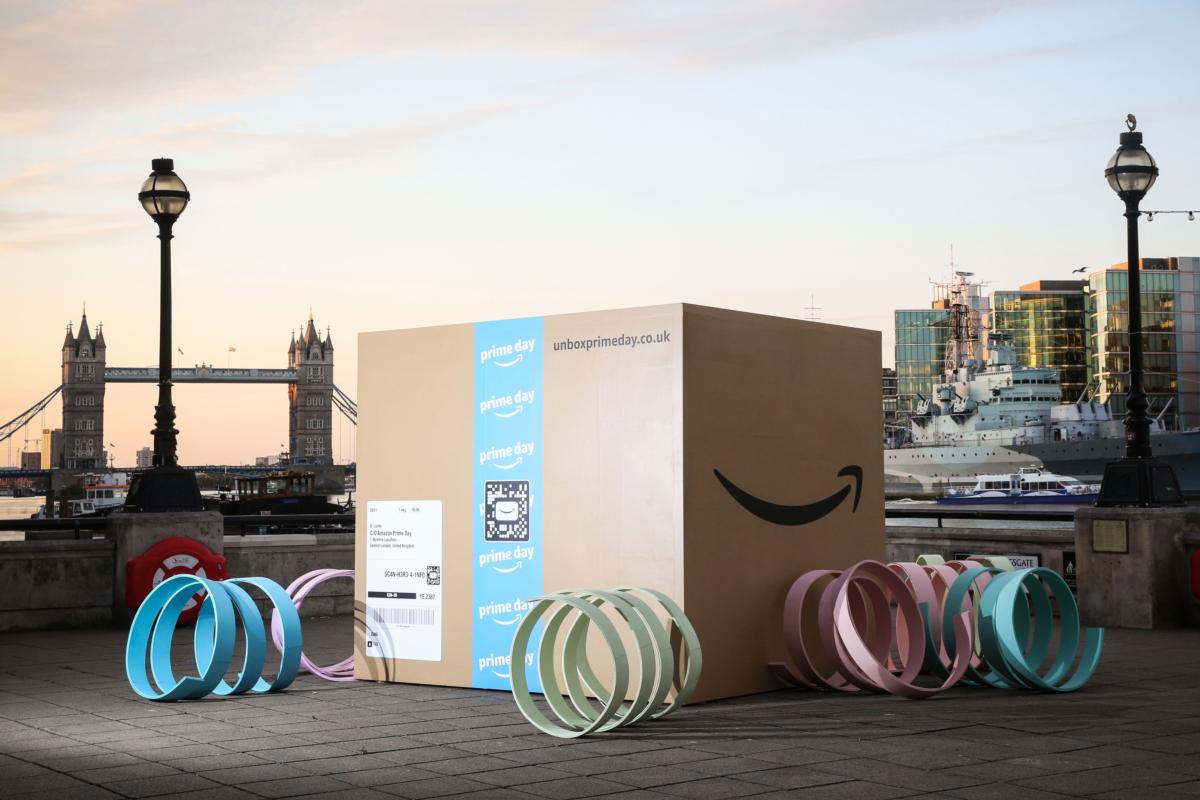 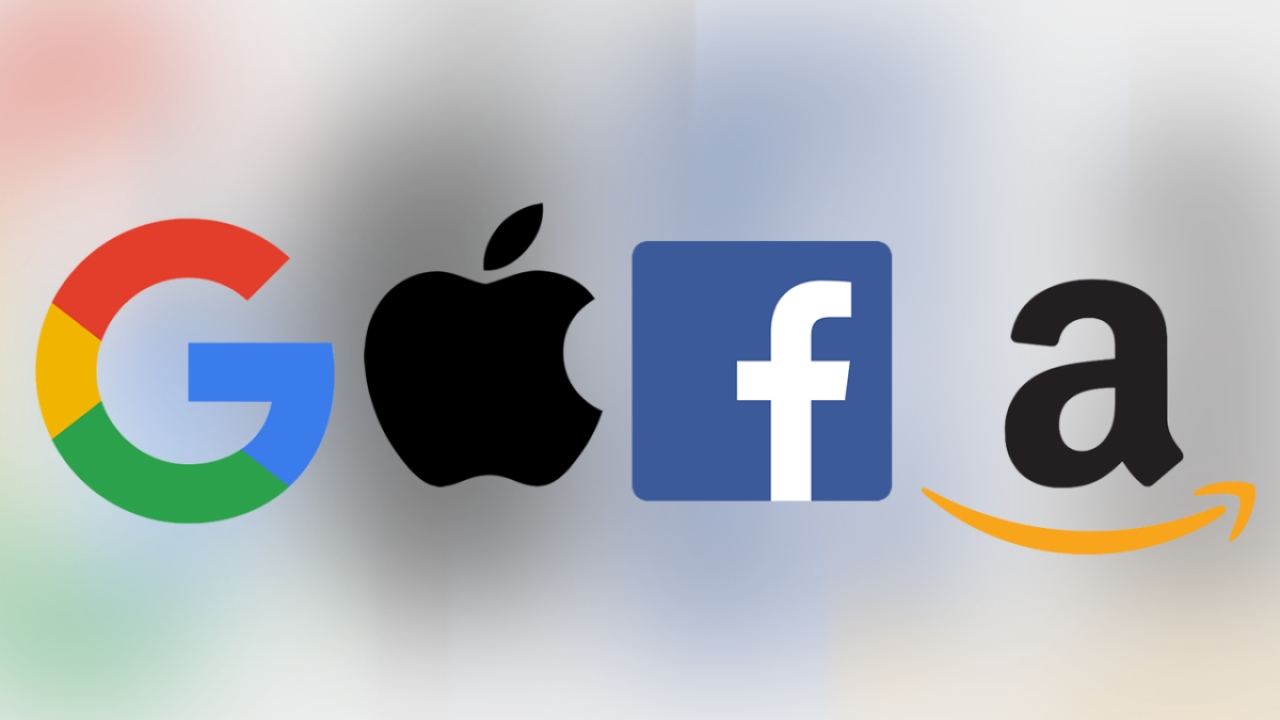 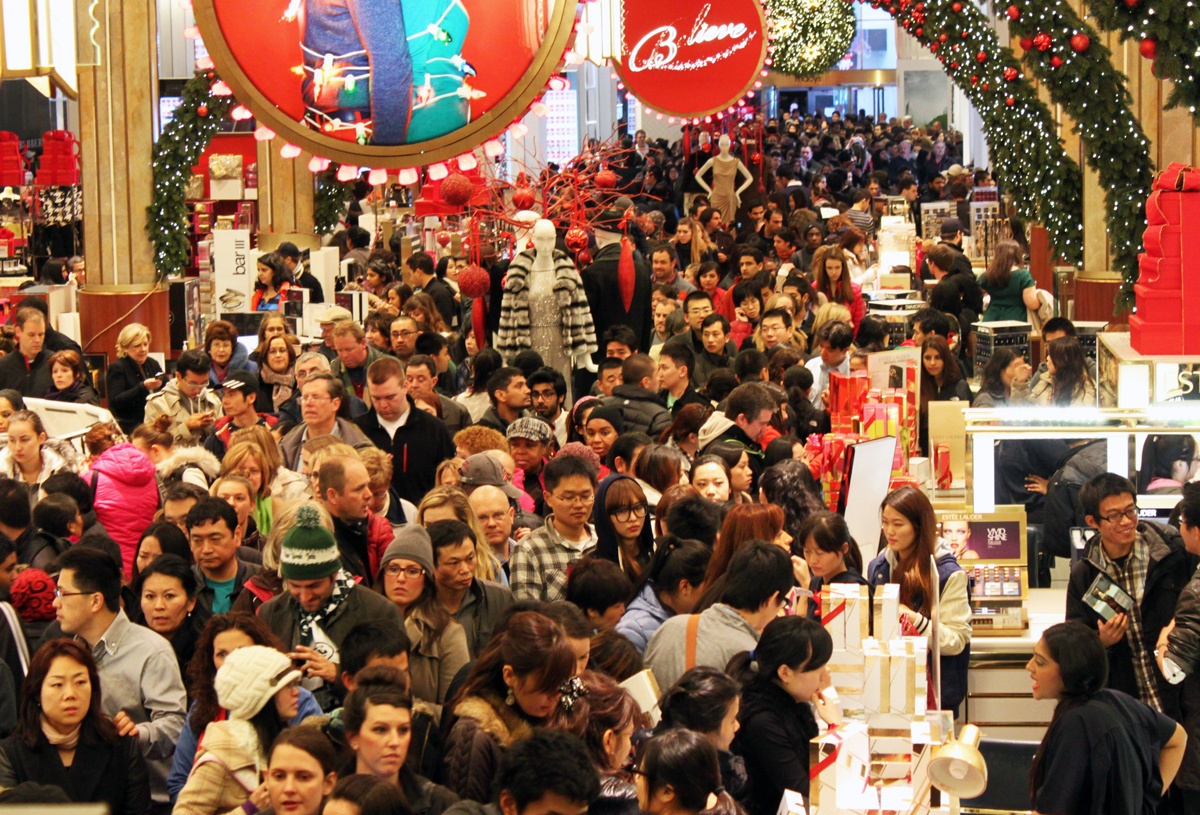 Amazon Is Vulnerable This Black Friday