While delivering the biggest opening box office weekend in U.S. history, the movie Avengers: Endgame, drove 50% more fan conversation as did the final season of Game of Thrones.  During the week ending April 28, Americans engaged in conversation about the Avengers movie 91 million times, versus 60 million for Game of Thrones, which recently launched its final season and aired a highly anticipated episode against the Avengers release.

It was word-of-mouth equivalent of Batman vs. Superman or Ali vs. Frasier. A lineup of more than 20 Avengers super heroes—including Iron Man, Captain America, and Black Widow—who easily stole the iron throne of Westeros from Cersei Lannister, Jon Snow, and Daenerys Targaryen.

In fact, both franchises are proven drivers of consumer conversations, but never have they released so close to each other, creating enormous competition for attention.  Indeed, both fell short of their prior records.  A year ago, the movie Avengers: Infinity War hit 107 million consumer conversation impressions in a single week, whereas in 2017 Game of Thrones hit its own record of 78 million.  Conversation impressions are an estimate of the number of instances that people were exposed to conversations about the topic.

In the weeks ahead, both franchises will have opportunities to beat their old records, since movie conversation levels sometimes build after the opening week, and the finale of a notable TV series usually drives lots of fan talk.

Sentiment for Avengers vs. Game of Thrones

Besides beating GoT in conversation volume, Avengers won in another way, too.  People who talked about Avengers were almost universally positive about the film.  The movie earned a remarkable “Net Sentiment” score of 91, which is calculated by subtracting negative and mixed sentiment (only 4%) from the staggeringly high positive sentiment about the movie (95%).  The net sentiment for Game of Thrones was 64, based on 15% negative and mixed sentiment subtracted from 79% positive.

But in something of a consolation prize, Game of Thrones beat Avengers by 60% in the volume of conversation it received in the United Kingdom.  While this might be due to the decidedly British feel of the GoT franchise versus the more American sensibility of the Avengers, it is more likely because of a pattern of British television shows beating movies in fan engagement, in contrast to the US where, among television programs, Game of Thrones is the clear leader.

Neither Game of Thrones nor Avengers came close to defeating the word-of-mouth champion of the entertainment industry in America—Star Wars.  The 2015 release of Star Wars: The Force Awakens produced 276 million conversation impressions in the US, more than triple the level of the recent Avengers movie. In fact, both Star Wars movies in 2015 and 2017 had four weeks bigger in terms of conversation volume than any Avengers movie.

Conversation impressions for weekly winners (since 2015) 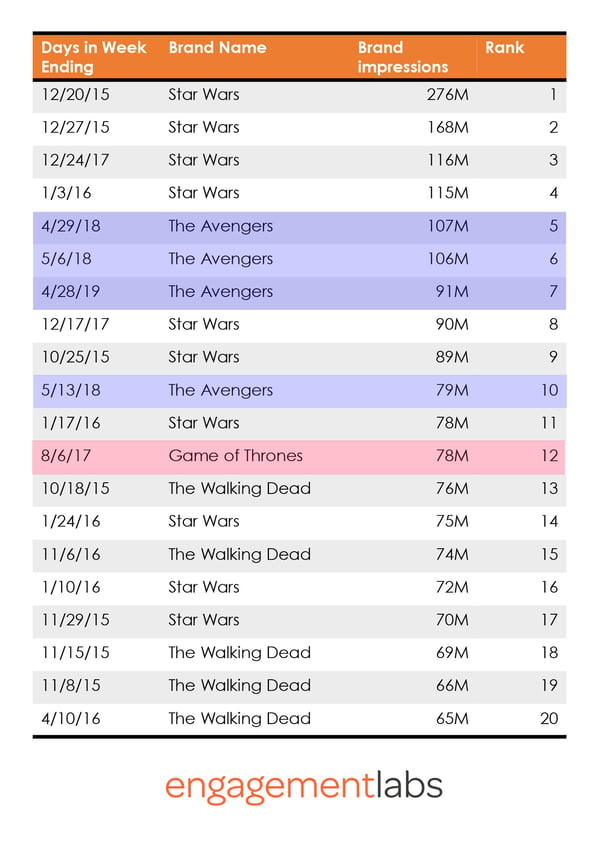 Both Star Wars releases in 2015 and 2017 were released just prior to Christmas, and this may have been crucial to driving conversations levels to record levels. The films have multi-generational appeal and were released when families were spending lots of time together.  Kudos to the word-of-mouth marketing strategy behind the Star Wars franchise.

The marketers behind the Avengers may have stolen the fictional Seven Kingdoms here on Earth, but the marketing team behind Star Wars controls the Galactic Empire. 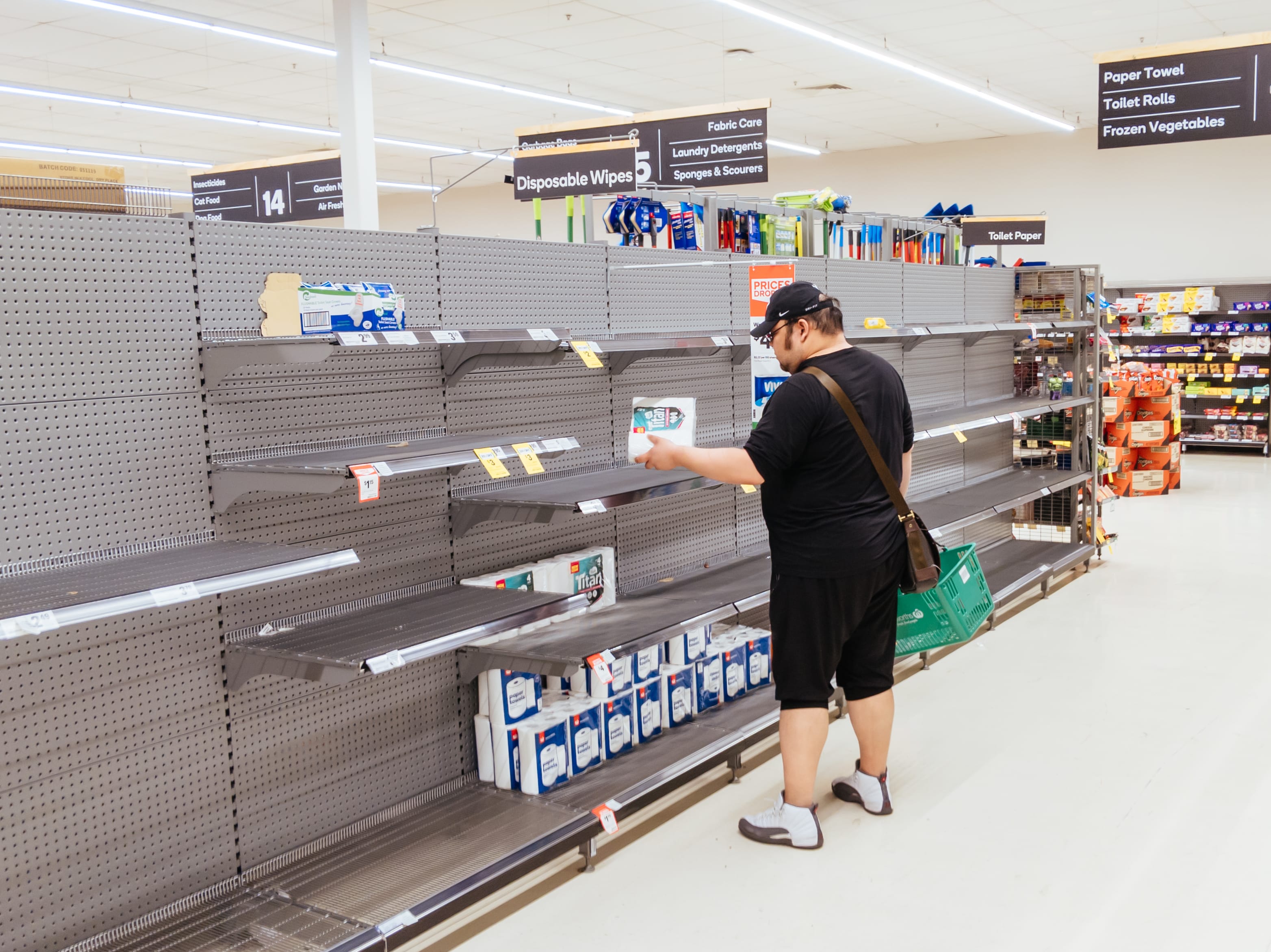 Coronavirus: Changing the Landscape of Consumer Conversations in the US