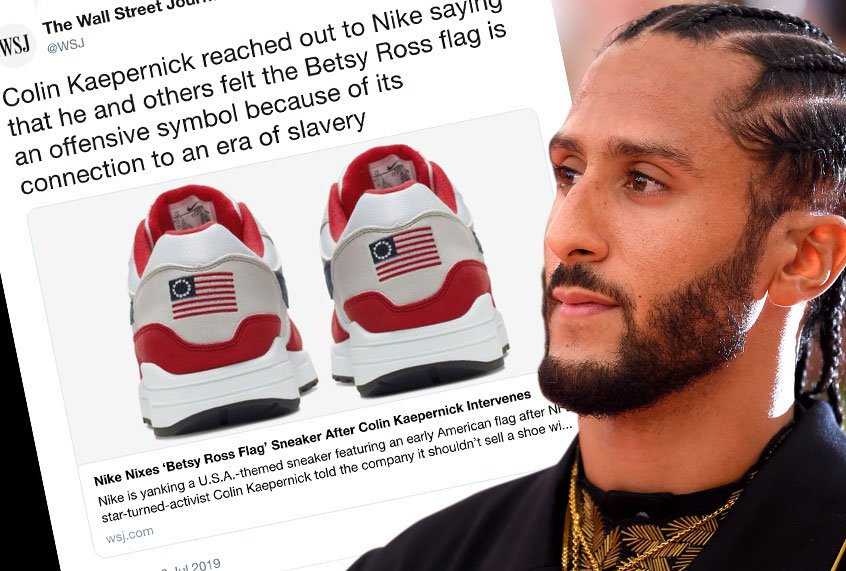 Nike and its spokesman Colin Kaepernick generated only modest social media fireworks over the July 4th holiday when Nike canceled plans to sell a commemorative sneaker featuring the 13-star “Betsy Ross flag.” The company was reacting to Kaepernick’s allegation that Nike’s use of the Revolutionary era flag celebrated a time when black Americans were enslaved.

Kaepernick, of course, is the pro-football-player-turned-social-justice-activist who Nike began featuring in advertising last September, lauding him for risking his career in the National Football League to stand up against the abuse of African Americans by the criminal justice system.  The launch of the campaign in September prompted a massive, negative reaction in social media, although it ultimately led to rising sales and stock price because the extreme rise in brand engagement was more impactful than the negative sentiment of brand critics. 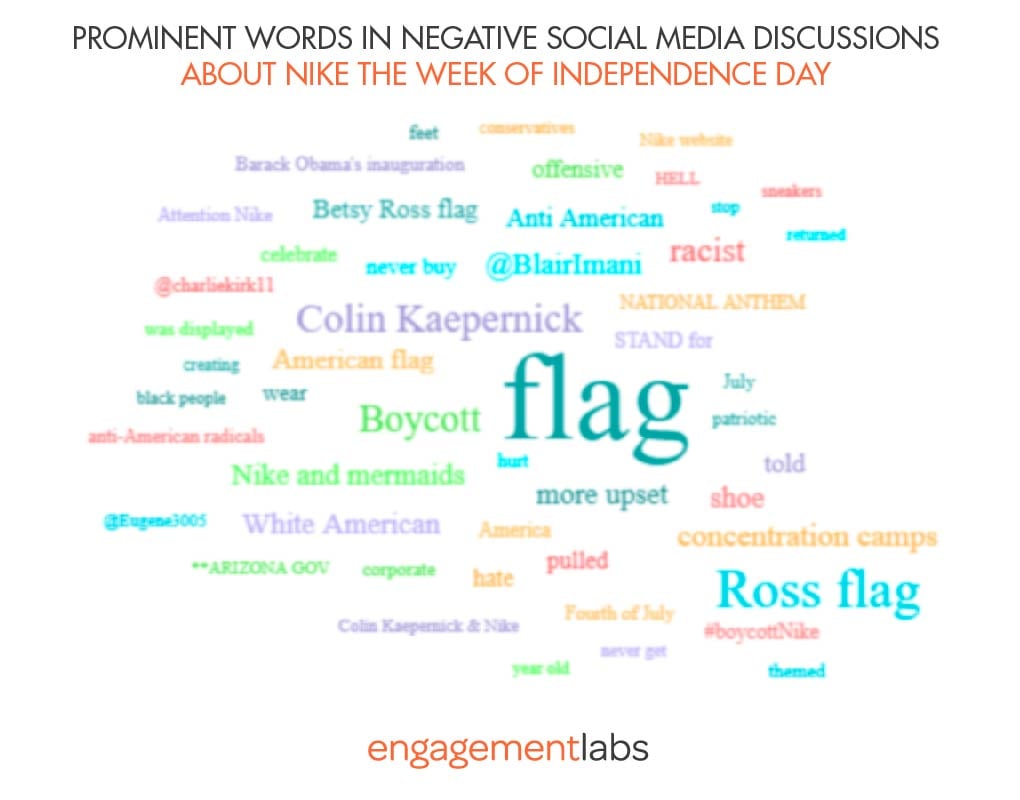 The negative reaction in social media over the July 4th holidays looks similar to what we measured in the TotalSocial platform last September. Negative comments about the brand during the first two weeks of July completely offset positive ones, leading to a “net sentiment” score near zero.  But there is a difference.  While the volume of engagement this time around is double the usual discussion about Nike online, last fall the increase was more than 20 times the usual level. Possibly the novelty of Nike’s Kaepernick campaign has worn off and consumers are taking his views more in stride. 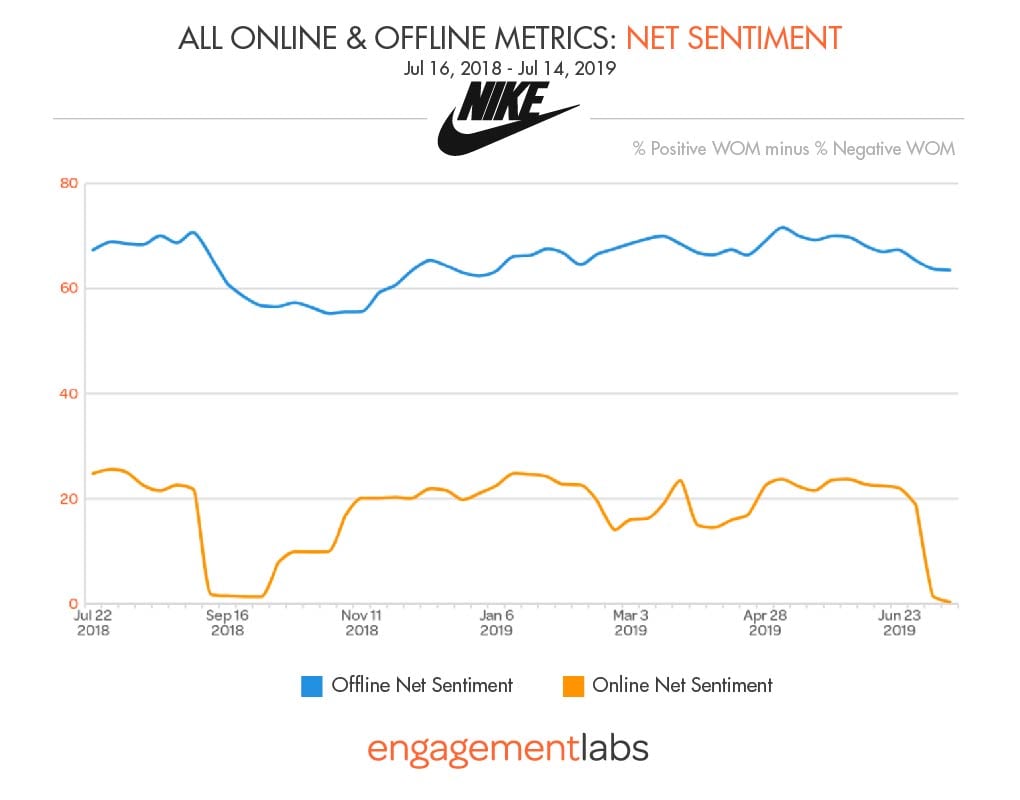 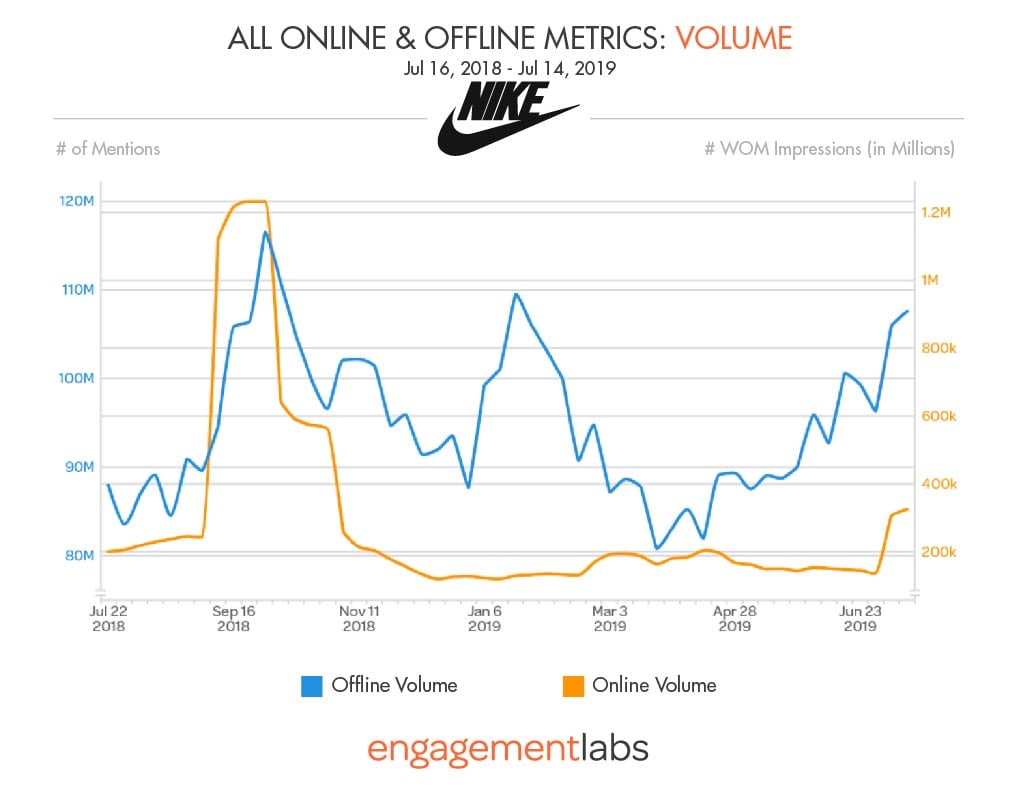 Nike’s decision to recall the July 4th shoe does not appear to have turned into a major public relations disaster. On the other hand, the muted reaction probably means there won’t be a lot of upside either, as the company enjoyed when it took the truly controversial step of making Kaepernick the face of Nike.