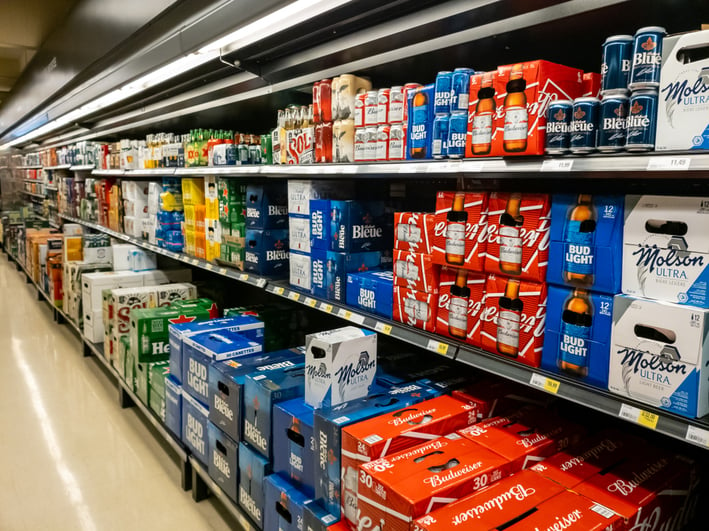 “The marketer who steered Coors Light’s ‘cold’ ad messaging for years is now taking the same approach to vodka,” according to AdAge and other recent trade news. “Andy England—who was chief marketing officer at MillerCoors from 2008 to 2015—is now CEO at Phillips Distilling, a Minnesota-based spirits marketer that under his watch is about to flood the market with new innovations, packaging and campaigns.”

AdAge’s article caught our eye because Andy England is an advocate for the power of word of mouth. His innovations with packaging while at MillerCoors were a powerful example of how to generate word of mouth in a category where differentiation is often difficult. At MillerCoors, and again with his new vodka brand Cubist, innovative packaging is the conversation spark. Cubist packaging uses thermochromic technology that turns the bottle blue when its temperature drops to zero degrees Celsius or below.

We know that packaging plays role in people’s word of mouth conversation. Our offline WOM data shows that the beverages (6.68%) is the most likely category where people talk about product packaging when they talk about brands. 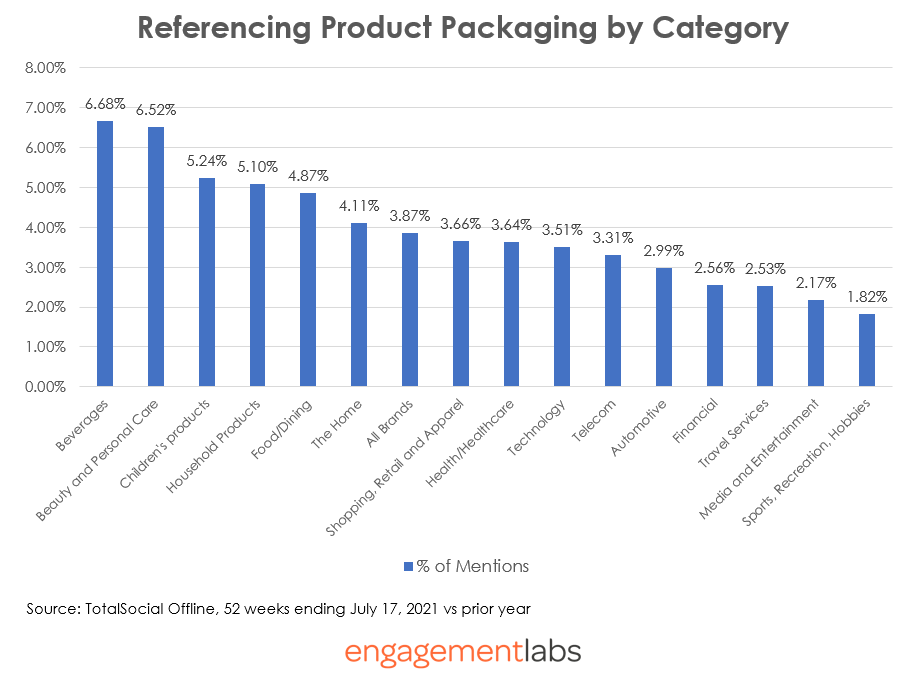 Offline, word of mouth conversation data referencing product packaging is also above average for beauty and personal care with 6.52% of the chatter, followed by children’s products (5.24%), household products (5.1%) and food/dining (4.87%).

As part of a case study in our CEO Ed Keller’s book, The Face-to-Face Book: Why Real Relationships Rule in a Digital Marketplace, England discussed his philosophy about the one-two punch of product innovation and strong advertising to get people talking.

“If you want people to talk about your product, you’ve got to give them something to talk about,” England told us when we interviewed him, “and at the end of the day I’d far rather that they were talking about my product than my commercial.”

With cold-activated cans, the color on the can turns blue when the temperature reaches 44 degrees. This reinforces and dramatizes the idea of “Rocky Mountain cold refreshment.” When England refers to the copy line on the package (“When these mountains turn blue, your beer is as cold as the Rockies”), he told us, “you know you’ve achieved something when guys start talking about whether their mountains are blue, when they literally use that copy off the package or the ads. That’s just a beautiful thing. As vernacular for “my beer is cold,’ you’ve got ‘My mountains are blue.’”

Similarly, with regard to Coors Light, England noted, “We already have 100 percent awareness in our target market, but you’re not necessarily going to have a conversation about Coors Light unless there’s something to talk about.” So Coors turned again turned to a product innovation with regard to the packaging and invented wide-mouth venting, in which package designers enlarged the opening on the can to improve the pouring and reduce “gurgling.”

The marketer and its agencies came up with a campaign that played on the word “venting,” in the sense of literally letting off steam. One ad featured a guy who escapes his girl friend to go to his buddy’s place because he has “got to vent.” England told us that one way to achieve success is when you have an idea that becomes part of the vernacular. “I remember playing tennis with this twenty-four-year-old, and we are playing doubles, and one of the other older guys said to me, ‘So what’s new in the beer business?’ And I said, “Well, there’s the new wide-mouth Coors.’ And the twenty-four-year old instantly said ‘Let’s vent!’ I thought, I love that!”

We are excited to see how England succeeded in bringing this playbook to Vodka brand Cubist, that “is specially designed to be stored in the freezer—a ploy that plays off of the custom many vodka drinkers have of putting the booze in the icebox” according to Ad Age. “Cubist packaging uses thermochromic technology that turns the bottle blue when its temperature drops to zero degrees Celsius or below. The brand, which will initially debut in Minnesota and Arizona in August, will use the tagline, ‘The World’s Most Refreshing Vodka.’”

And we encourage any marketer interested in seeing its brand become a part of the vernacular, to think like Andy England about innovation wherever it might come from, including packaging. And then, give people a vernacular to use to talk about it, while the package itself also serves as a visual cue to spark that conversation. The results will be something you . . . and your consumers . . . will be proud to talk about.