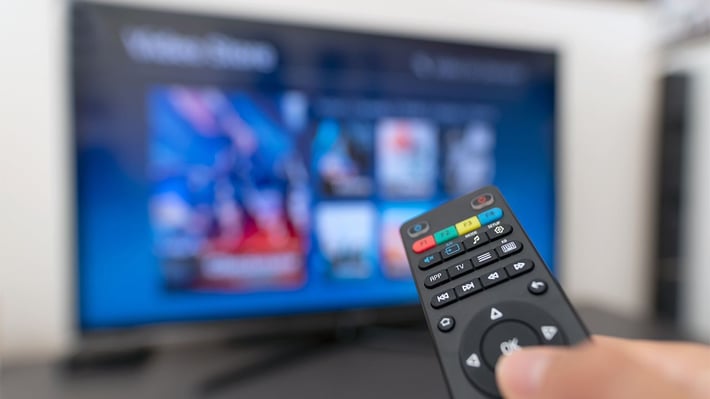 The streaming media business is expanding with the arrivals of HBO Max later this month and Peacock in July. Disney+ may well get another jolt of energy with its announcement that it will air the musical Hamilton starting on July 3. Their timing appears to be fantastic.  Due to the shift toward streaming media during the pandemic, consumer conversations about the leading streaming media services are up 100% from a year ago, more than any other category of media or entertainment brand. TV channels, shows, and websites are also up, while movies, movie theaters, and video rentals are down. 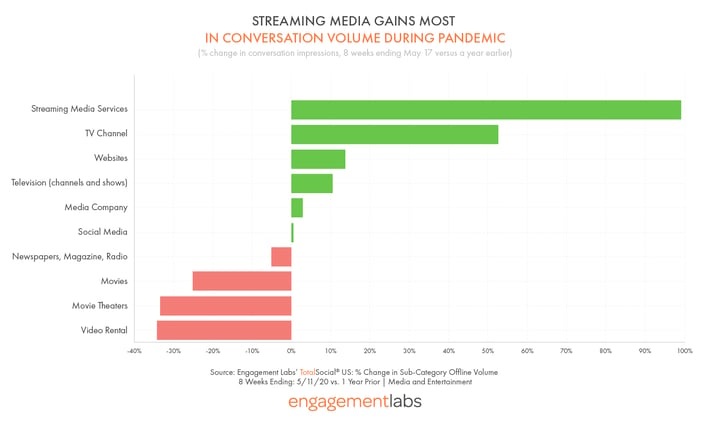 Even though most Americans are quarantined, bored, and desperate for home entertainment, the new streaming brands cannot assume success. The rising conversation about streaming brands this year hasn’t helped Roku, Spotify, or Sling TV who are losing out in a conversation dominated by Hulu and especially Netflix. 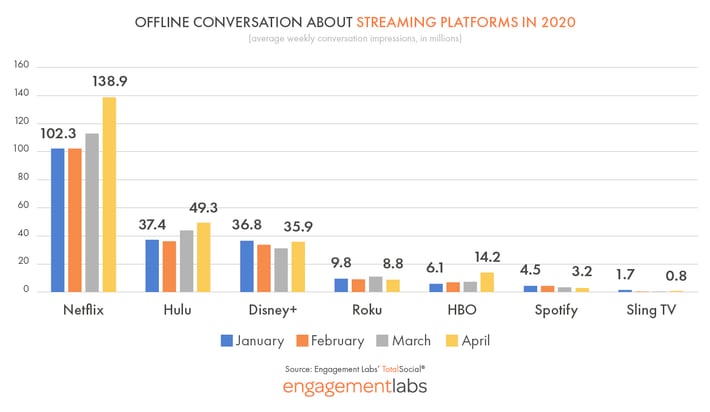 The HBO/HBO Now brand was rising in consumer conversations in the run-up to a late May launch of the HBO Max streaming service. In April HBO enjoyed 14.2 million conversation impressions per week, more than double its January figure of 6.1 million. The likely reason was season three of Westworld, a dystopian science fiction series in tune with an pandemic environment, even if series viewership was down versus season one. Confirming the importance of programming to HBO talk levels, last year’s Game of Thrones series finale drove discussion of HBO to its highest level ever.

The domination of Netflix and Hulu in consumer conversations also shows up in relation to the more traditional cable and broadcast networks. By the start of May, Netflix was earning 150 million conversation impressions per week, and Hulu 59 million, putting both ahead of Fox News (47 million), CNN (44 million) who were themselves up by huge margins, 67% and 100% respectively, since January. 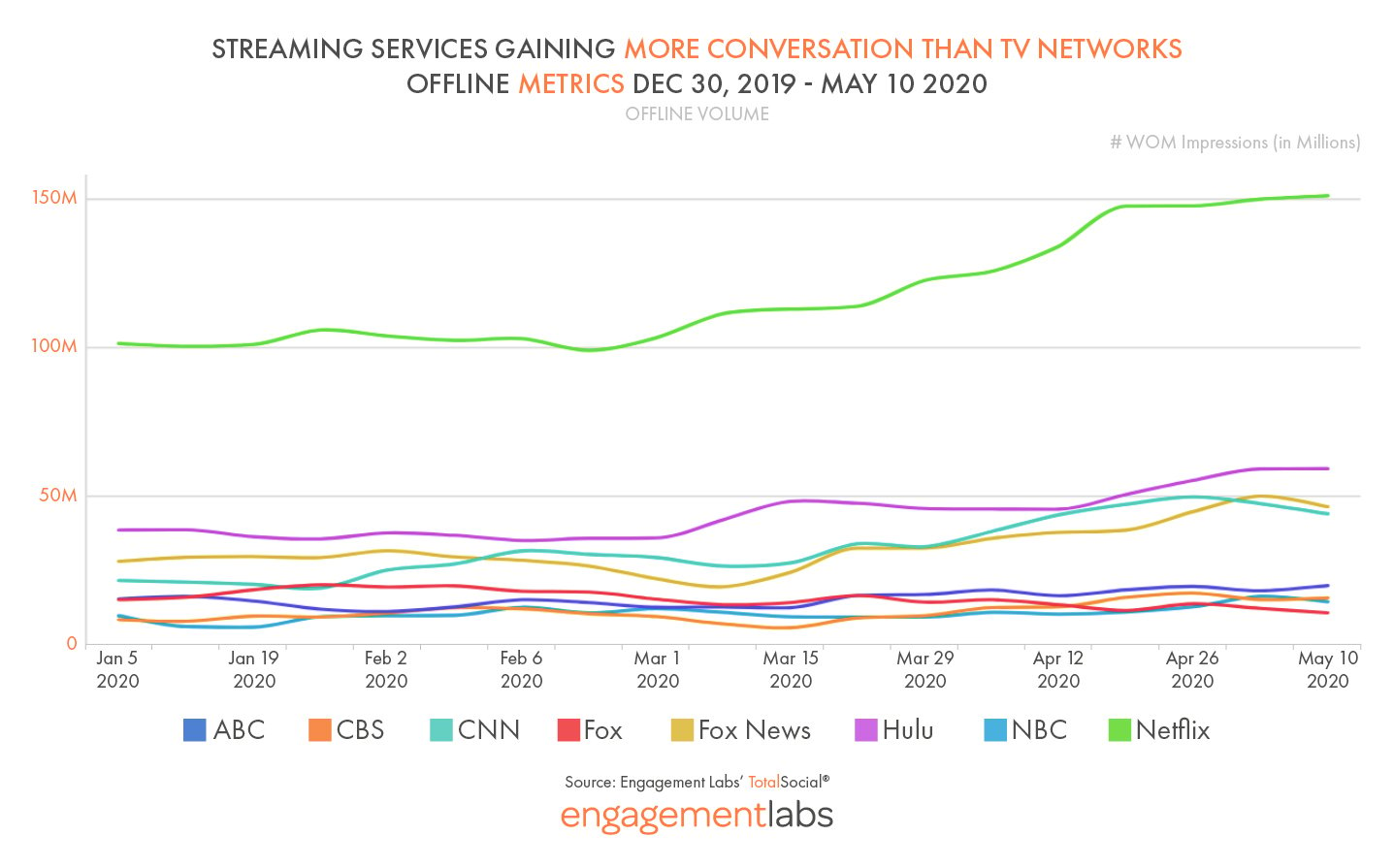 The traditional broadcast networks were well behind the others in conversation volume, despite large increases, including ABC (20 million), CBS (16 million), NBC (15 million), and Fox (11 million).

The success of the Netflix and Hulu platform brands in driving consumer conversation contrasts with the difficulty network brands have had in creating brand loyalty and engagement.  Traditional broadcast networks were frustrated consumers felt more affinity to their programs than to the network brands. “Content is king” became the explanation.

Three years ago—long before any thought of a pandemic—media mogul Jeffrey Katzenberg predicted what we now see in conversation data. “We’ve all grown up with this idea that content is king,” Katzenberg told The New York Times. “And I realized, it actually isn’t. Content is the king maker, it’s not the king. The king is the platform. HBO is the king. Netflix is the king. Spotify is the king.”