Poland Spring Gets A Taste of Negativity, Online & Offline 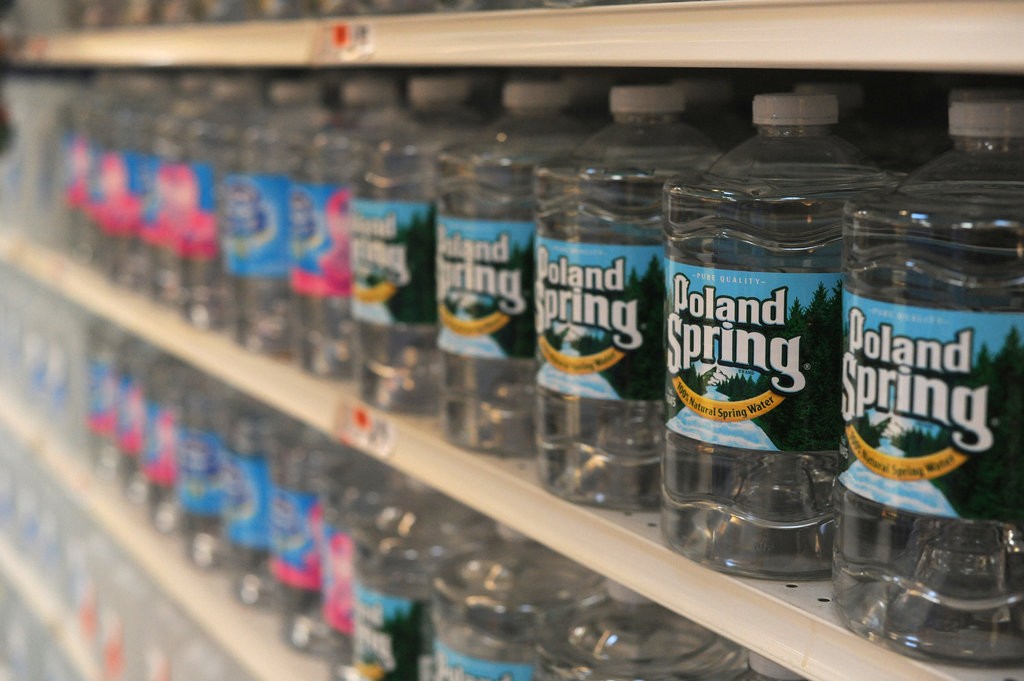 For the first time, consumer conversations about Poland Spring brand water are turning sharply negative online and offline simultaneously, in response to a US District Court’s decision to hear a class-action lawsuit alleging fraud by the leading bottled water brand.

In a late March ruling, the US District Court Judge in Connecticut agreed to hear a revised case accusing Nestle Waters, owner of Poland Spring, of misrepresenting its product as “spring water” when it is actually drawn from wells.  According to the suit, the original Poland Spring ran dry five decades ago, and the product contains “not one drop” of spring water today.

When the suit first came to light, in August 2017, Poland Spring’s online “net sentiment” dropped sharply into negative territory, because more people were talking negatively about the brand than positively. Yet the offline conversation went in an opposite direction and became more positive during the same time frame.

But now, with the judge permitting the suit to go forward, both types of conversation have gone in a negative direction, beginning with the social media conversation, followed by the offline conversation about four weeks later. 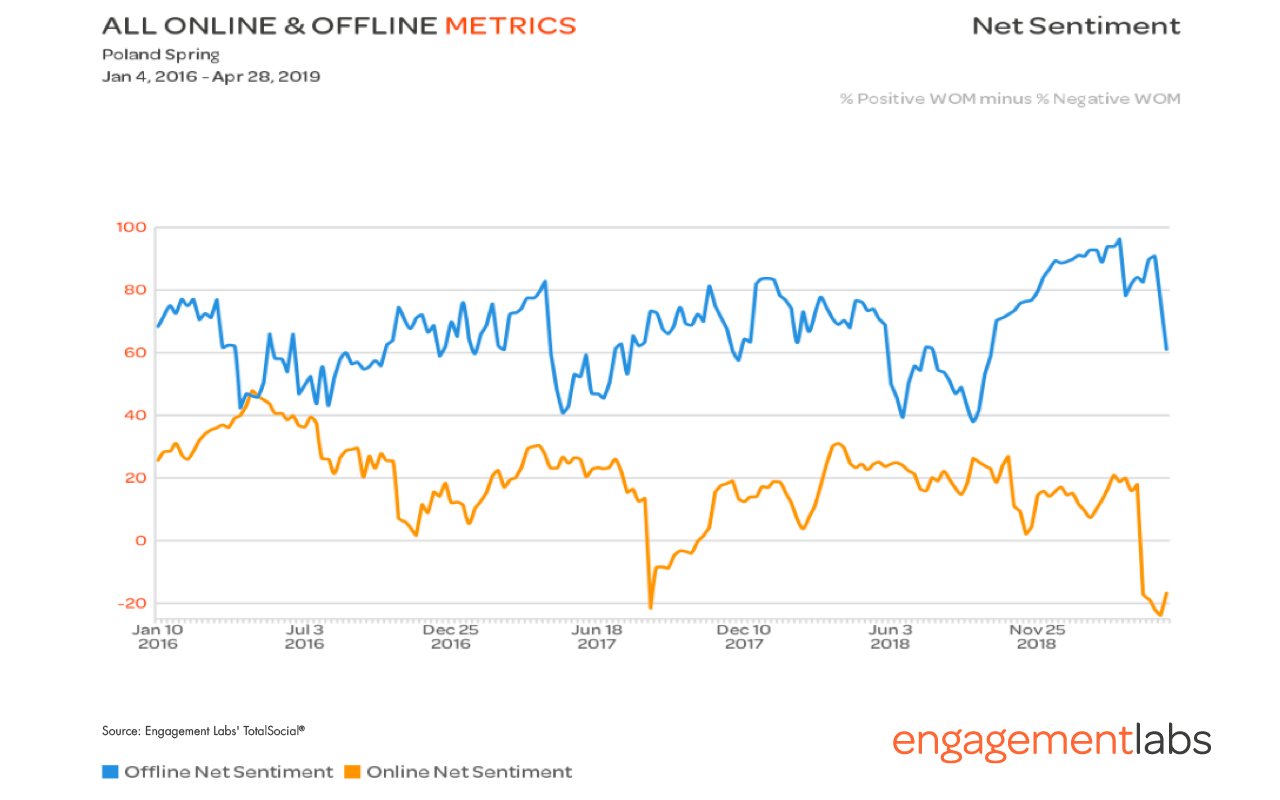 Confirming the impact of the lawsuit, the word “fraud” and “colossal fraud” turn up prominently in negative discussions about Poland Spring in 2017 and 2018.

Frequent Words in the Negative Online Conversation in 2017 and 2019 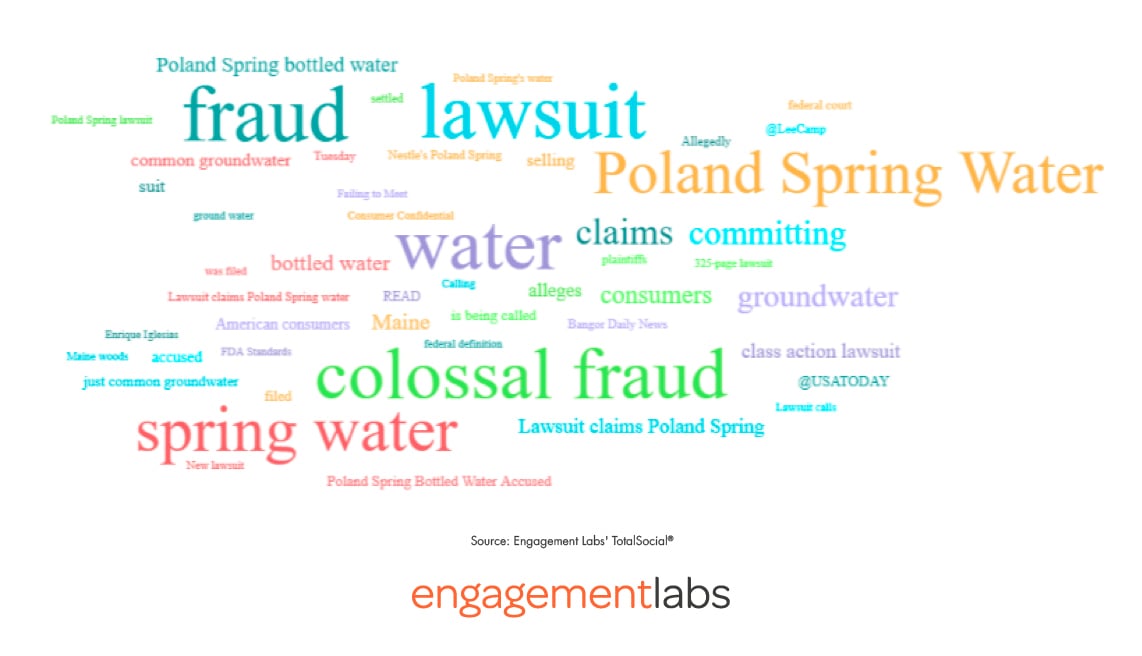 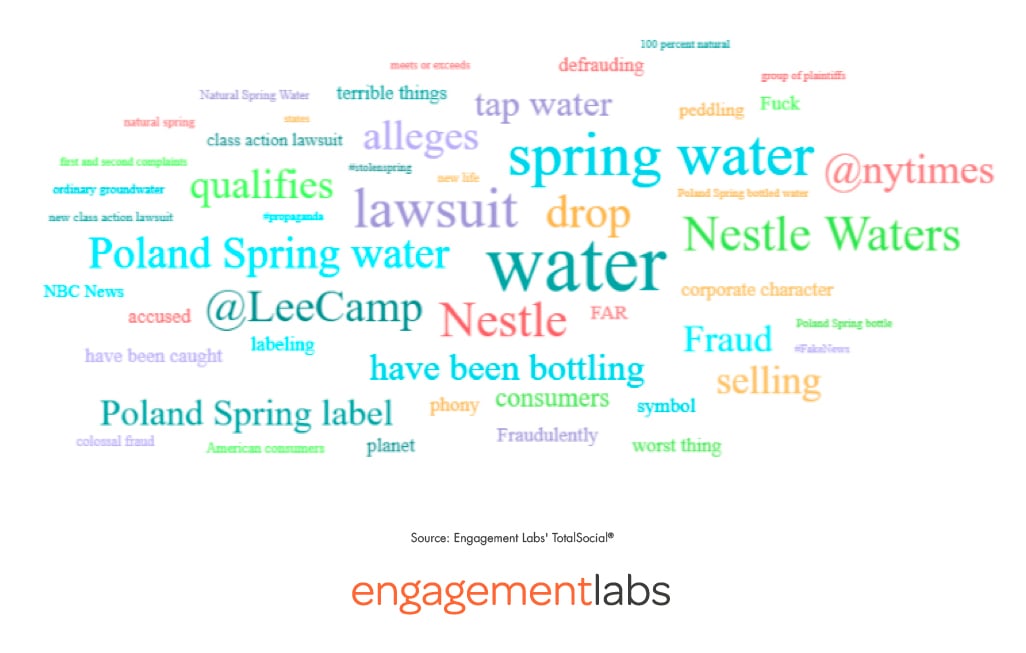 Why is the current situation so negative for the brand, both online and offline?  One likely reason is that the lawsuit seems to have engaged very influential consumers in the conversation about Poland Spring.  Starting from the initial filing during the summer of 2017, the people engaged in offline discussions about the brand have been three to four times more likely than the average person to be a word of mouth influencer, or what we call Conversation Catalyst®, as shown in the following chart. 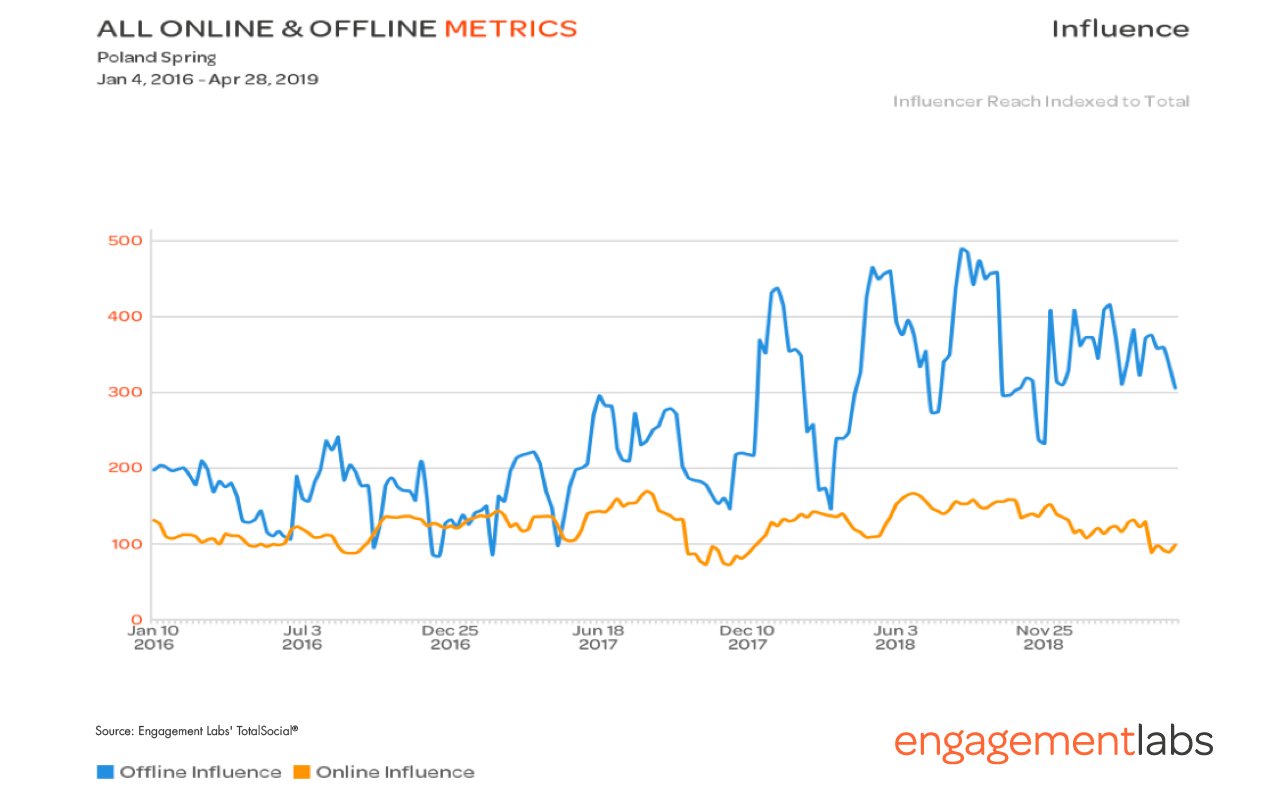 Conversation Catalysts are people with large real-world social networks, and with a strong inclination to share their opinions with other people.  That has made Poland Spring increasingly susceptible to the spread of criticism about the brand.  That’s potentially the key reason why the offline conversations have turned less positive toward the brand in the weeks following the recent court announcement.

By monitoring both the online and offline conversations about a brand, marketers are better able to assess the scale of risk facing a brand.  Today, Poland Spring needs to be concerned that a lawsuit challenging the central value proposition of “spring water” from the rural state of Maine is dangerous to brand health given that influential consumers are being impacted by the news, and the fact that the criticism is showing up both online and offline.