Social Media vs. “Real Life”: Why Brands Should Care 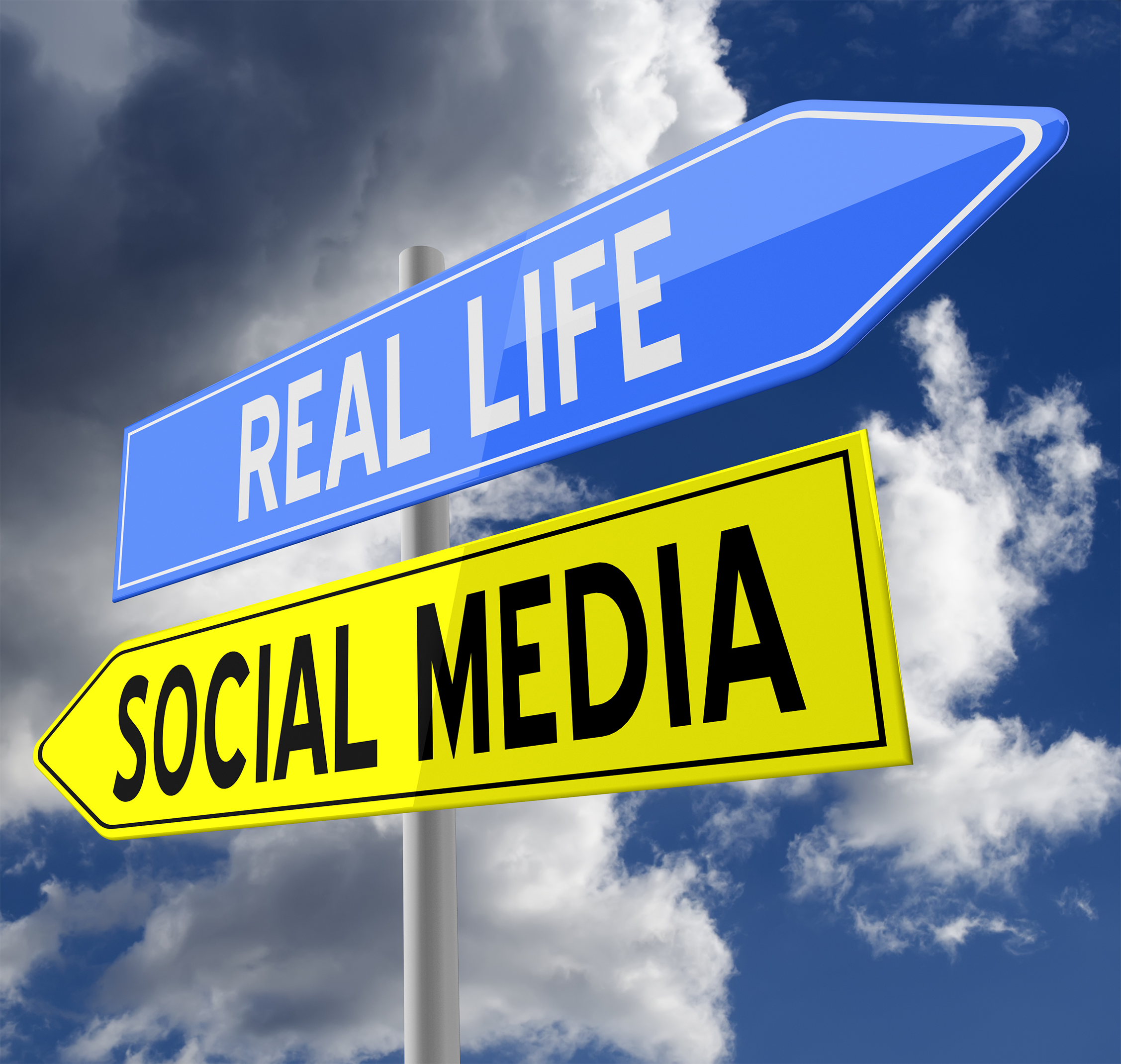 After years of beating the drum on the huge differences between consumer conversations online and those that happen offline—in “real life”—we are happy to have some prestigious company.

A new report by the Hidden Tribes Project reported in The New York Times concludes “the Democratic electorate on Twitter is not the actual Democratic electorate.”  The study finds that while 53% of Democratic party voters “in real life” are moderate or conservative, the same is true of only 28% of the more left-leaning Democrats who post opinions on Twitter.

Writing in The New York Times, data journalists Nate Cohn and Kevin Quealy conclude “it would also be a mistake to assume that outrage on social media means outrage throughout the broader electorate.” At Engagement Labs, we’ve seen the same pattern impacting the consumer marketplace for several years since we launched our TotalSocial data and analytics platform that measures both online and offline conversation trends for brands.

Most recently we wrote about the near-opposite reactions that Gillette experienced in social media versus “real life” when it launched a campaign to encourage men to be more respectful of women. In social media, the reaction was strongly negative, dominated by Twitter users who thought Gillette should stay out of social issues like the #metoo movement.  In offline conversations the reaction was moderately positive. 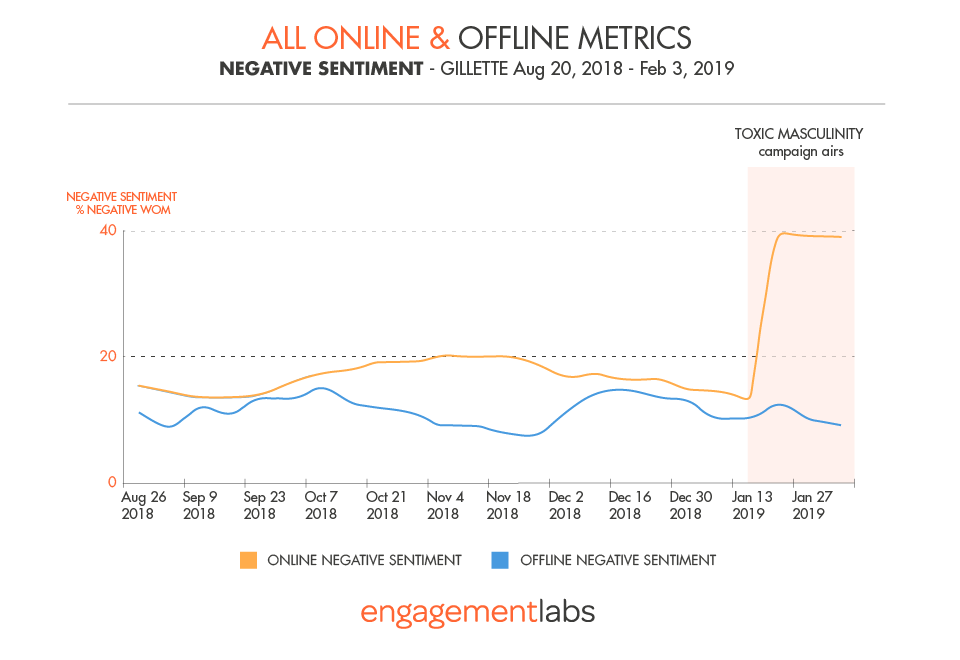 Similarly, after Dick’s Sporting Goods announced it would stop selling assault rifles and restrict other gun purchases, the reaction online was very negative while the company received a much more positive offline reaction.

Across a list of nearly 600 brands we measure continuously in the US, we find that net sentiment—positive conversations minus negative ones—are barely correlated to each other on a week-to-week basis. The trend correlation is about zero, on average, as we have reported in the MIT Sloan Management Review.  At the same time, these two data streams both matter, because together they drive 19% of consumer purchases, on average.

For the most recent 12 months, many brands in our database have extremely different rankings among nearly 600 brands tracked, depending on whether the conversation is happening online or offline.  For example, the Golden Corral restaurant chain is ranked very high in terms of positive offline conversation sentiment, at number 45, putting it in the top 10% of the brands measured.  At the same time, Golden Corral is ranked in the bottom 10%, at number 528 in social media, due to having quite negative online sentiment, as indicated in the table below. 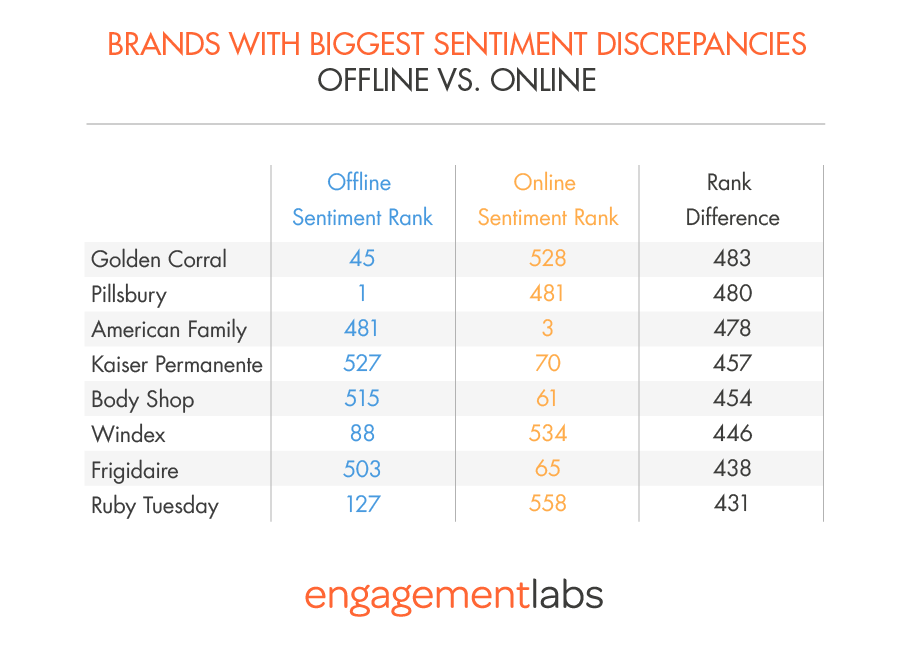 What accounts for this big difference? In face-to-face conversations about the brand, the consumers primarily talk about the quality of the Golden Corral customer experience—the food, the buffet, the enjoyment, and so on.  But the online discussion is mostly related to Golden Corral being an advertiser on the Fox News Channel, and to related criticism and boycotts by a small but digitally vocal slice of consumers.  As The New York Times has reported, these social media users are not representative of the broader population.

The difference can also be shown graphically in the chart below, called a TotalSocial® TalkScan, revealing very strong offline sentiment compared to very low online sentiment.

The opposite situation is found for the American Family Insurance brand. For this brand, the net sentiment online is ranked number 3 among all 574 brands—the top 1%—while offline net sentiment is ranked at number 481, placing it in the bottom 20% of all brands.  Why?

The low offline sentiment performance of American Family is quite typical of insurance companies, including GEICO, Aetna, MetLife, Allstate.  Generally, the insurance category is at a disadvantage—a lot of insurance conversations happen when somebody is sick or injured or made homeless by a disaster—and thus conversations are not particularly positive. Indeed, insurance is about spending money on a product you hope you never use.  Yet American Family has been very successful in driving positive online conversations in response to its philanthropic efforts, particularly its Dream Foundation grant program and a related #DreamFearlessly hashtag.  These efforts have dominated the positive online discussion about American Family insurance.

Many other brands, including Pillsbury, Kaiser Permanente, Body Shop, Windex, Frigidaire, and Ruby Tuesday all have very different sentiment results online versus offline, reinforcing the idea that brands can’t just focus on readily accessible social media trends to understand the health of their brands and reputations.

The answer is not to ignore social media, which we have proven is often an important driver of business results.  But we can’t generalize from social media to the population as a whole.   Rather, marketers and corporate communications professionals need a holistic approach that considers both the digital and the analog consumer reaction that together drive 1 in 5 purchases. As we like to say, the goal for optimizing business performance is to make every conversation count!