All Political Conversations Strongly Negative Toward the Parties, Trump

Using a methodology that helped explain why Hillary Clinton lost the 2016 election, the data are based on an ongoing online survey in which prior day conversations are reported by American adults. News of an accusation of attempted rape by Judge Kavanaugh when he was in high school occurred during the middle of the survey week, and the accuser was named only during the last day of data collection, thus we will need to wait one more week to see the full impact on the national political conversation.

“Net Sentiment” Drops for President and “Republicans in Congress” Through Sept. 16, 2018 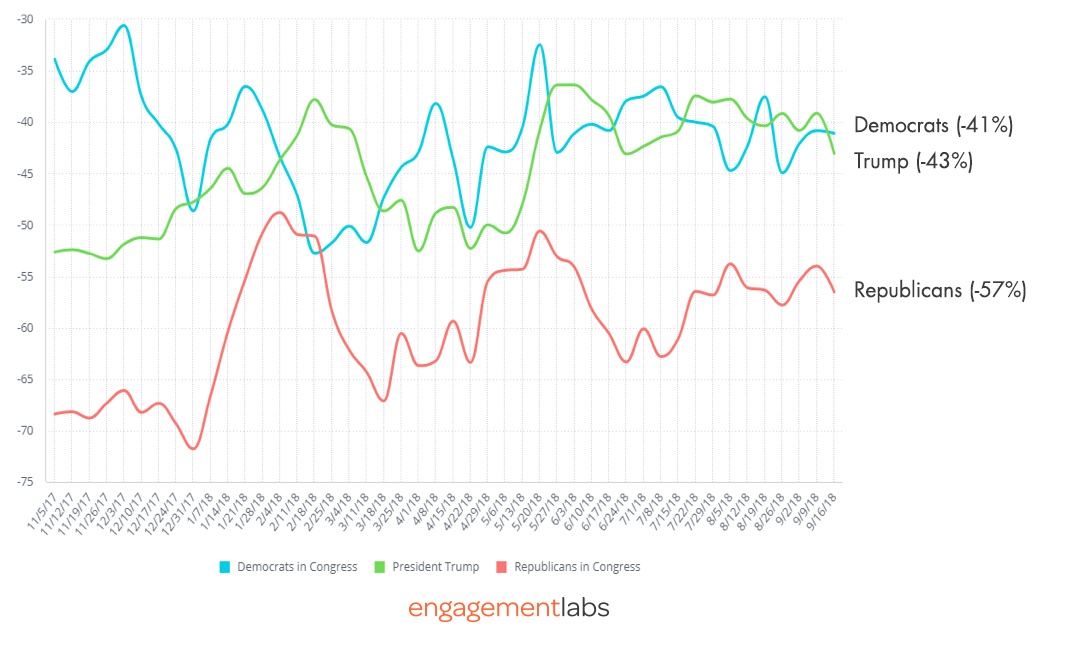 In the recent week, 39% of negative conversations about Republicans in Congress related to the Supreme Court, up 6 points from a week earlier, reflecting a full week of conversations about the Brett Kavanaugh nomination Senate hearings, but only a few days after an accusation of sexual misconduct against him surfaced.

Similar to the week before, the biggest topics of negative conversations regarding Republicans in Congress were the upcoming elections (53%), corruption in Washington (52%), the President’s performance in office (50%), and the Russia investigation (41%).

Topics of Negative Conversations about Republicans in Congress, Through September 16, 2018 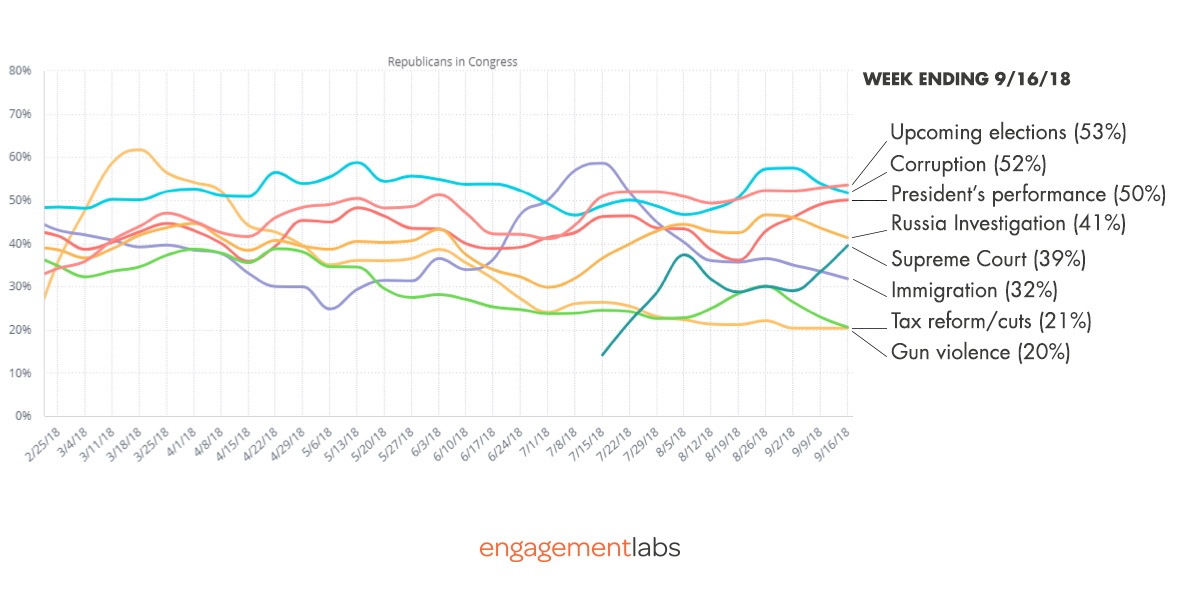