“Sentiment Gap” Opens Up Between Red and Blue Members of Congress

Kitchen-table conversations about politics shifted in the Democrats’ favor during a week the nation was riveted by charges of sexual assault against Supreme Court nominee Brett Kavanaugh, and testimony before the Senate Judiciary Committee by the nominee and his accuser, Christine Blasey Ford.

For the week ending Sunday September 30th, approximately 1 in 4 American adults were talking each day about “Democrats in Congress” and “Republicans in Congress.”  Those conversations were more negative than positive for both parties, but the level of negativity was 27 points worse for Republicans than Democrats, the biggest such gap measured all year. The “net sentiment” for Democrats was -33, 8 points better than three weeks earlier, while for Republicans net sentiment was -60, 6 points worse than three weeks ago.

Meantime, President Trump’s net sentiment stood at -40, worse than the Democrats but much better than for “Republicans in Congress.” 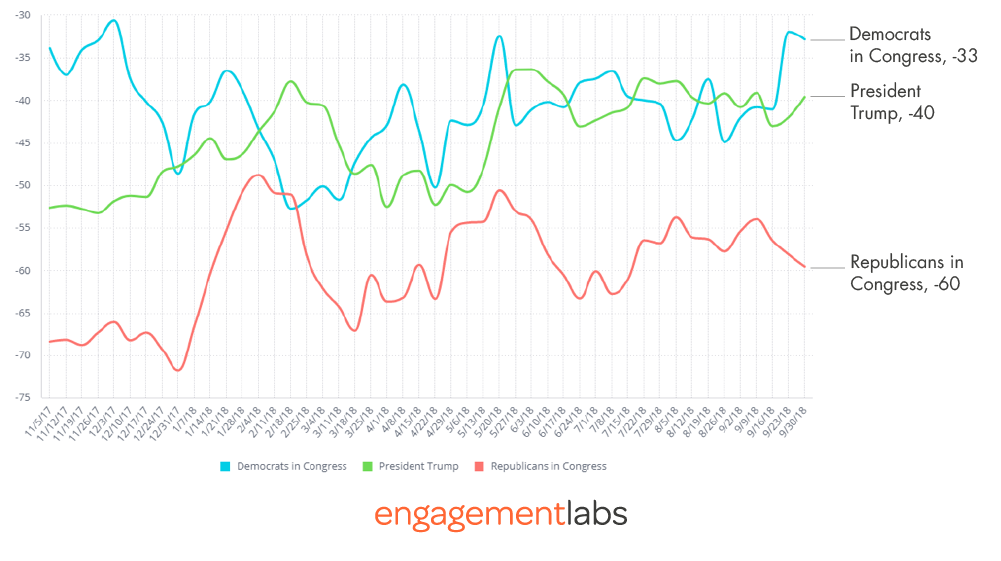 Engagement Labs’ survey methodology in tracking daily conversations is the same one the company used two years ago when it picked up a strong shift in sentiment toward Donald Trump and away from Hillary Clinton right after the James Comey letter. The finding was cited by Clinton in her book, What Happened, as critical evidence for her contention that the Comey letter as the single biggest factor in her defeat.

Confirming the impact of the Kavanaugh nomination on the latest data, the Supreme Court emerged last week as the number-one topic driving negative discussions about Republicans in Congress, at 55% of all such conversations, for the first time ahead of “upcoming elections” (52%) and “corruption in Washington” (49%). 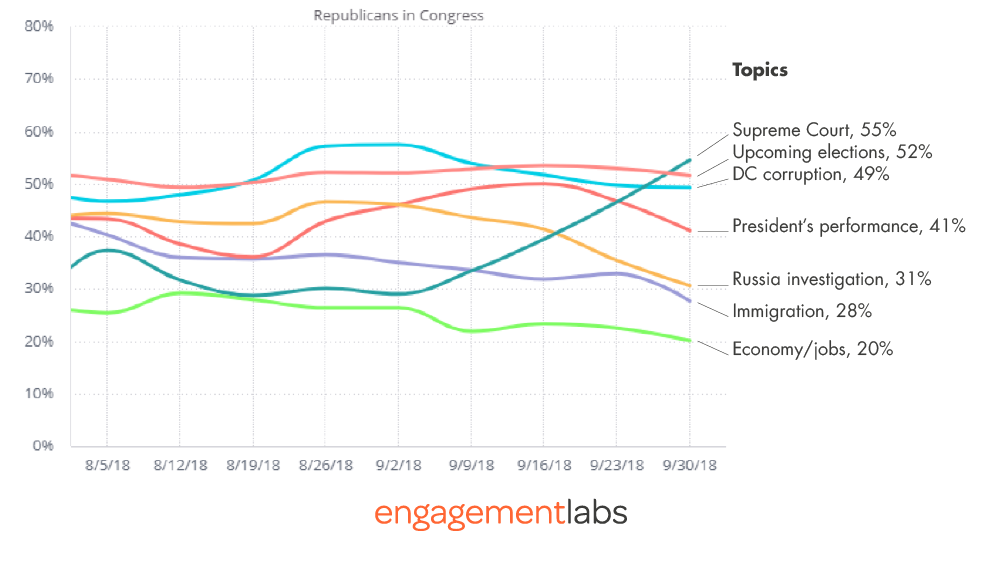 The Supreme Court also factored in negative conversations about Democrats in Congress, but as the second-biggest issue (44%) after the “upcoming elections” (48%). 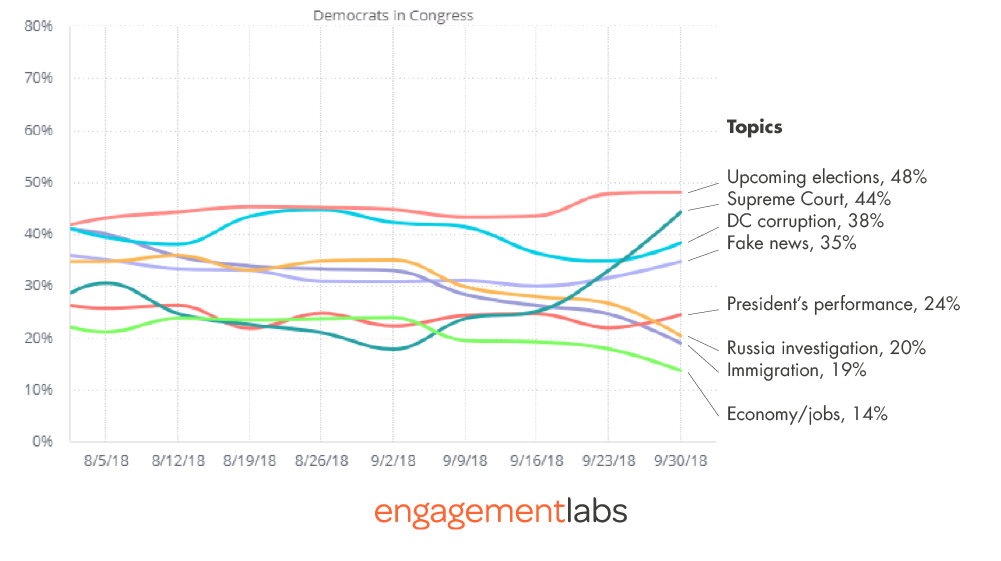 These new Engagement Labs conversation trends showing a national shift away from Republicans at a time when more traditional opinion polls are indicating a shift in the climate toward Republicans holding the Senate, largely based on the situation in North Dakota where a Democratic incumbent is trailing her GOP challenger.  From a national perspective though, the conversation of the last two weeks appears to be more helpful to Democrats who have a strong chance to retake the House of Representatives.