The Real MVPs: The Athletic Brands of NBA All-Star Weekend 2016

That’s a wrap, folks. After months of preparation, excitement and build-up, NBA’s All-Star Weekend 2016 came to a close this past weekend in Toronto - or the 6ix, as the cool kids say.

The record-breaking weekend not only brought out the best in the players and celebrities in attendance, but some of the biggest athletic brands as well, as they pulled out all the stops to grab the attention of fans who were paying close attention to the festivities.

Engagement Labs took a look at three of the biggest athletic brands who rose above the rest during the All-Star weekend to see what they did to rebound off that offline fan excitement and score online:

Nike Canada may have been the MVP brand of the All-Star weekend as they launched “the ultimate sneakers experience” with their SNKRS XPRESS - a Toronto streetcar turned into a sneaker store.

How did the brand dribble their way to online success? 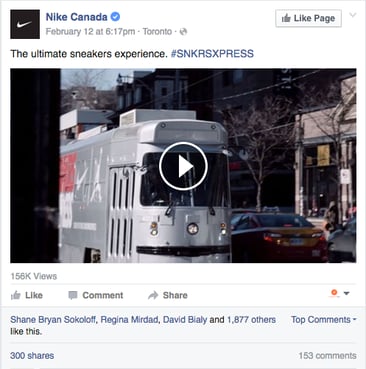 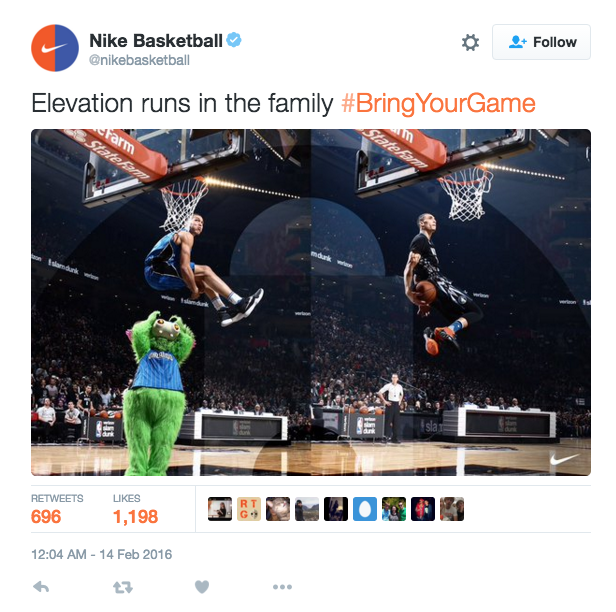 If you caught the NBA All-Star game this past weekend, you probably were bombarded with Adidas ads during the commercial breaks.

What did Adidas do to get people talking online? 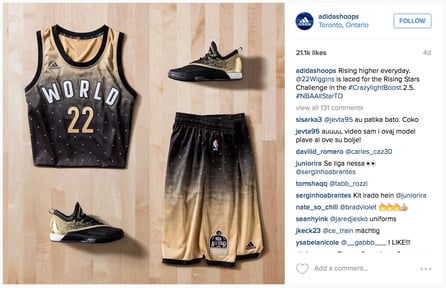 Jordan may fall under the official brand of Nike, however, the brand known famously for its shoes gained a life of its own during the basketball bonanza this past weekend.

Opening up a new Jordan store in the host city, the Jordan social media channels went into overtime grabbing the attention of online fans: 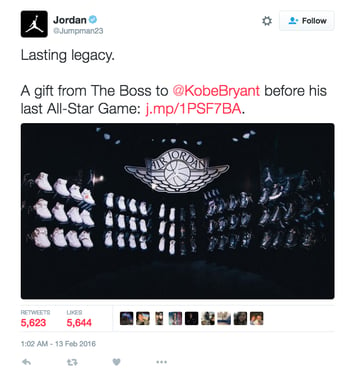 Big events like the NBA All-Star Weekend serve up the perfect opportunity for brands to grow their brand and engage their users with social media marketing.

You need to think of it like teamwork. A brand may have excellent offline campaigns, but if you don’t use social media to extend the reach, your campaign won’t reach its full potential.

Combine the effects of both social and offline and see your brand score a slam dunk with your fans.