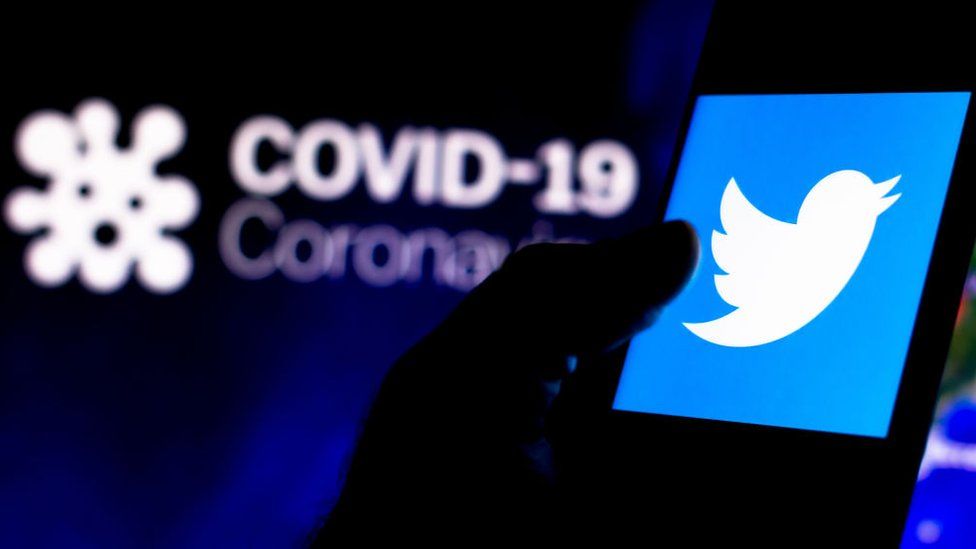 A newly released ranking of UK brand performance on social media declares Twitter, the social networking service, as #1, followed by Liverpool FC grabbing the #2 spot and YouTube claiming the #3 spot. Brands in media, technology and sports garnered 9 of the top 10 spots in social media performance. Retailer B&M joins this group as the only brand outside of this trio of categories to earn top 10 status, an honor it shared in 2019 as well.

The ranking was released by Engagement Labs, a data and analytics company that measures online and offline performance for brands. This ranking focused on brand performance online via social media. 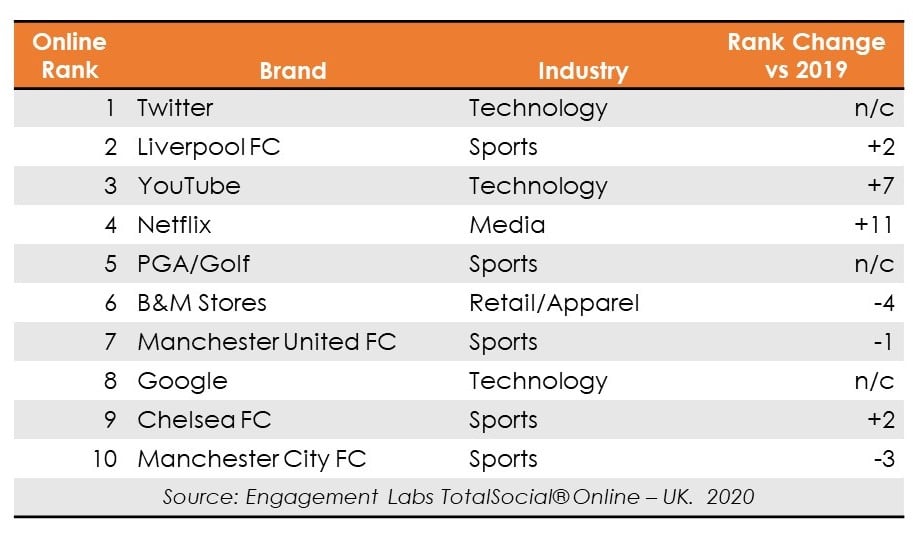 The newly released analysis ranks the brands based on Engagement Labs proprietary TotalSocial® data and analytics platform, which continuously measures social metrics that are proven drivers of business performance of more than 400 UK brands.

To achieve its top honors, Twitter holds the #1 position with scores dominating in volume, brand sharing and influence, but with a decidedly mixed performance in net sentiment – the brand has more negative online conversations about its brand than positive.

Netflix has the biggest rank change among the top 10, from position #15 in 2019 to #4 in 2020. Due to the sharp increase in streaming media during the pandemic, consumer conversations about streaming services such as Netflix and YouTube are up from a year ago as the British population during Covid-19 – like people everywhere – were in lockdown, bored and desperate for home entertainment and eager to share with others.

Similarly, while fans were unable to attend live sports events, football matches were aired live in the UK with its share of challenges of lockdown cancellations and delays, but very strong social engagement. Football clubs Liverpool, Manchester United, Chelsea and Manchester City online conversation landscape was primarily driven by high volume and brand sharing for sports leagues during 2020.

The PGA did not garner nearly the same volume of online chatter as the rest of the top 10, but earned the highest online sentiment. B&M also earned high sentiment that helped propel it into the top 10 for the second year in a row. 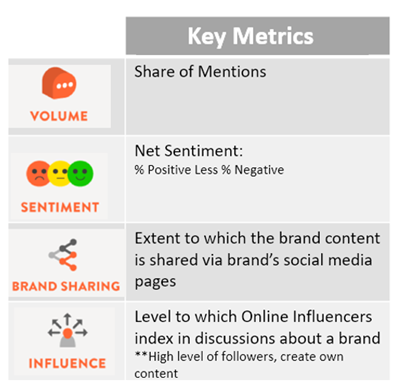 The clout of consumer conversation is real – and it is an imperative aspect of any marketing strategy today. These conversations, reviews and the counsel of our peers have enormous impact on consumer choices and thus on brands in terms of sales, brand health, and other KPIs.

The pandemic era has motivated consumers to explore new options across a variety of categories. More than ever, brands that respond most effectively to the pandemic through changes in products, messaging, and marketing should be in the best position to rebound once the economy returns to normal.