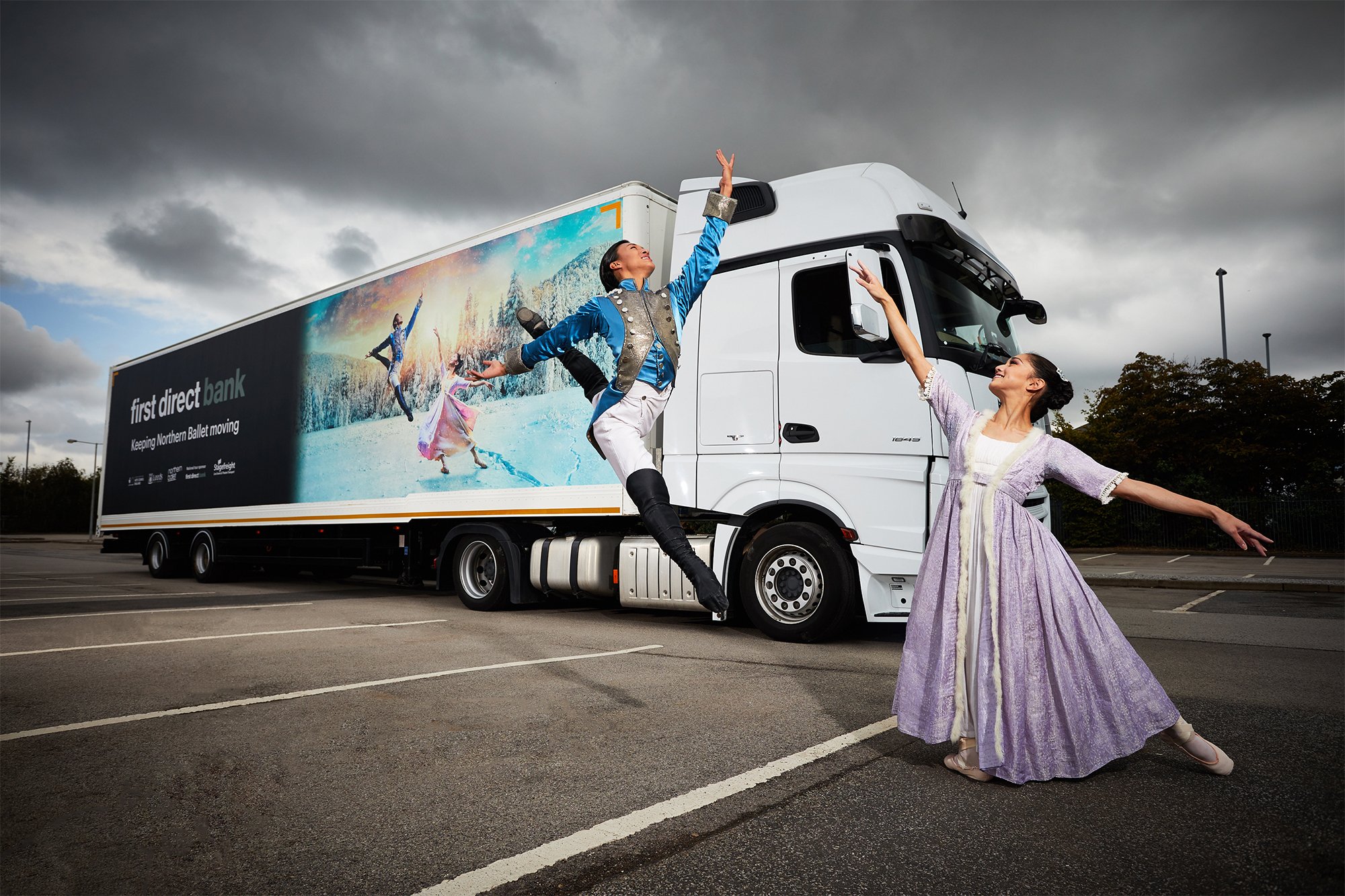 Nationwide Building Society, the venerable British mutual bank, continues to have the strongest consumer conversations among financial institutions in the United Kingdom, based on our TotalSocial® platform that monitors both online and offline consumer conversations about brands.  But upstart First Direct, established in 1989, has moved into second place, replacing Barclays Bank, which traces its roots to the late Seventeenth Century.

Every year Engagement Labs releases TotalSocial rankings of the top brands in the U.S., by category, based on consumer conversations that happen both online and offline. Now in partnership with Kantar Analytics in the United Kingdom, we are presenting the UK brands Top 10 Ranker, beginning with beauty and personal care and now moving on to financial brands.

The ranking is based on TotalSocial data and analytics, which continuously measures the most important drivers of brand performance in both face-to-face and social media conversations. The brands in the Top 10 have earned the highest TotalSocial scores in the category for the last six months, compared to its previous ranking for the same period in 2018.

As a category, financial brands perform well below average for brands overall, mainly due to low scores for “Net Sentiment,” which is based on the percent of positive conversations minus negative ones.  Yet it is Net Sentiment that helps the leaders stand out in their category.  Nationwide, which has an overall score of 55.9, earns a 71.2 for the Net Sentiment of offline conversations, higher than any of the other traditional financial companies.  First Direct, which earns a 54.4 TotalSocial score overall does even better, at 84.8, for offline Net Sentiment.  The TotalSocial system scores all brands on a scale of 0 to 100, with 50 being average across all categories for any metric. 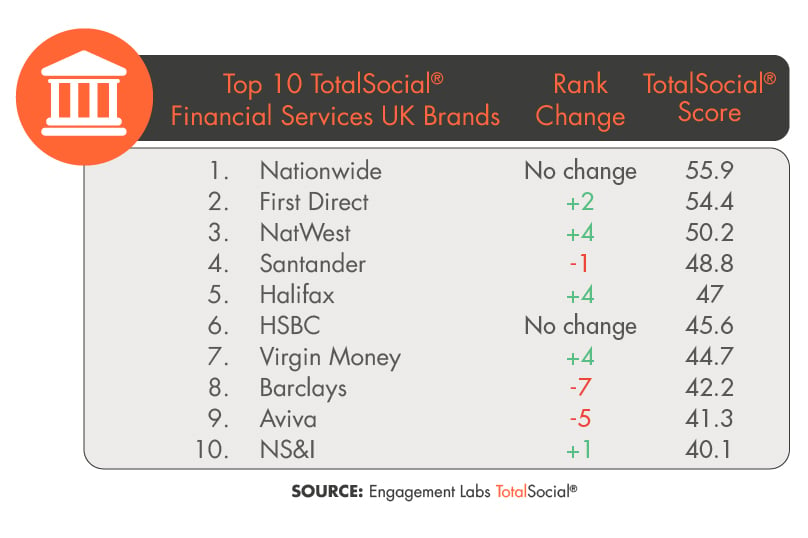 Previous number-two brand Barclays has plummeted to number eight on the list with a score of 42.2. The decline is a result of Barclays advertising being less effective at generating conversations, and because fewer online influencers are talking about the brand, which dates back to 1690 when influence was limited to a ruling class.  The other major declining brand is Aviva, a modern sounding bank that dates back nearly as far as Barclays, in 1696; Aviva has dropped 5 positions on the ranker, from fourth to ninth.

Modernity, however, is not a guarantee of relevance in contemporary conversations among consumers.  In addition to First Direct, the rising brands on the list include traditional brands NatWest and Halifax—in third and fifth place, respectively, as well as the modern banking brand Virgin Money, ranked seventh.

Competitors would do well to study how the two leading brands have earned such positive conversations in a category that often invites disapproval.  Since its founding, First Direct has earned consumer love it by explicitly running against the category as an “unexpected bank” that has “no branches.” In recent months, much of the positive online conversation about First Direct has been generated by the bank’s sponsorship of the Northern Ballet’s Victoria and Dracula.

Nationwide’s gains come from a more traditional source.  The bank enjoyed a net gain of more new customers in the first three months of 2019 largely due to offering high interest rates on bank deposits.