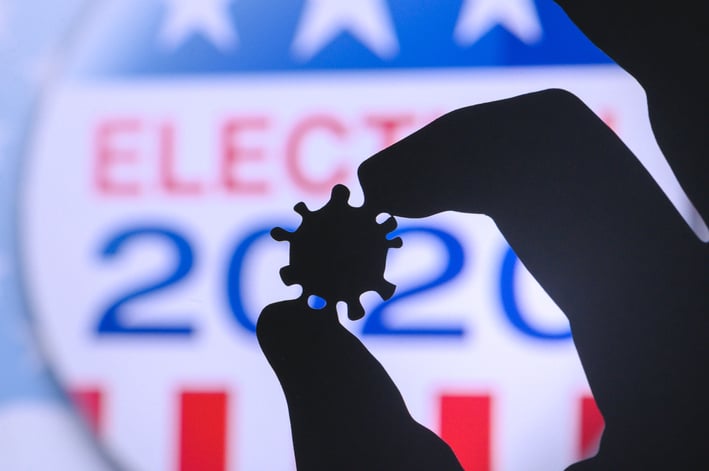 Two new polls from Morning Consult and Harvard Harris have Michael Bloomberg statistically tied with Pete Buttigieg for fourth place in the fight for the Democratic Nomination nationwide. We saw this coming, when three weeks ago a TotalSocial Politics word-of-mouth study from Engagement Labs had Bloomberg in fourth place in the conversations of Democratic voters. His word-of-mouth was well ahead of his polls numbers at the time.

Morning Consult has Bloomberg at 7% versus 8% for former South Bend Mayor Pete Buttigieg, while Harvard Harris have them both at 7%.

In mid-December, an Engagement Labs word-of-mouth study estimated that 15.5% of Democratic voters were talking about the newly announced candidate, New York billionaire Michael Bloomberg, ahead of the 12.7% who were talking about Buttigieg. Both candidates then trailed the word-of-mouth levels of Joseph Biden (34.2%), Bernie Sanders (27.0%), and Elizabeth Warren (21.5%).

At the time of the December word-of-mouth study, Bloomberg’s word-of-mouth number was 10.6 points ahead of his polling average of 4.9%, the biggest gap for any candidate, suggesting a potential to rise in subsequent polling.

“We’ve always believed that word-of-mouth is a leading indicator of preference, and we’re seeing that in the 2020 Democratic primary. Michael Bloomberg’s announcement and advertising campaign have put himself into a conversation, and that’s leading to support. This is a pattern we also saw in the late stages of the 2016 presidential campaign, leading the Donald Trump’s victory,” said Ed Keller, CEO of Engagement Labs.