Aveeno Suffers Guilt by Association in Social Media, But Not in Real World 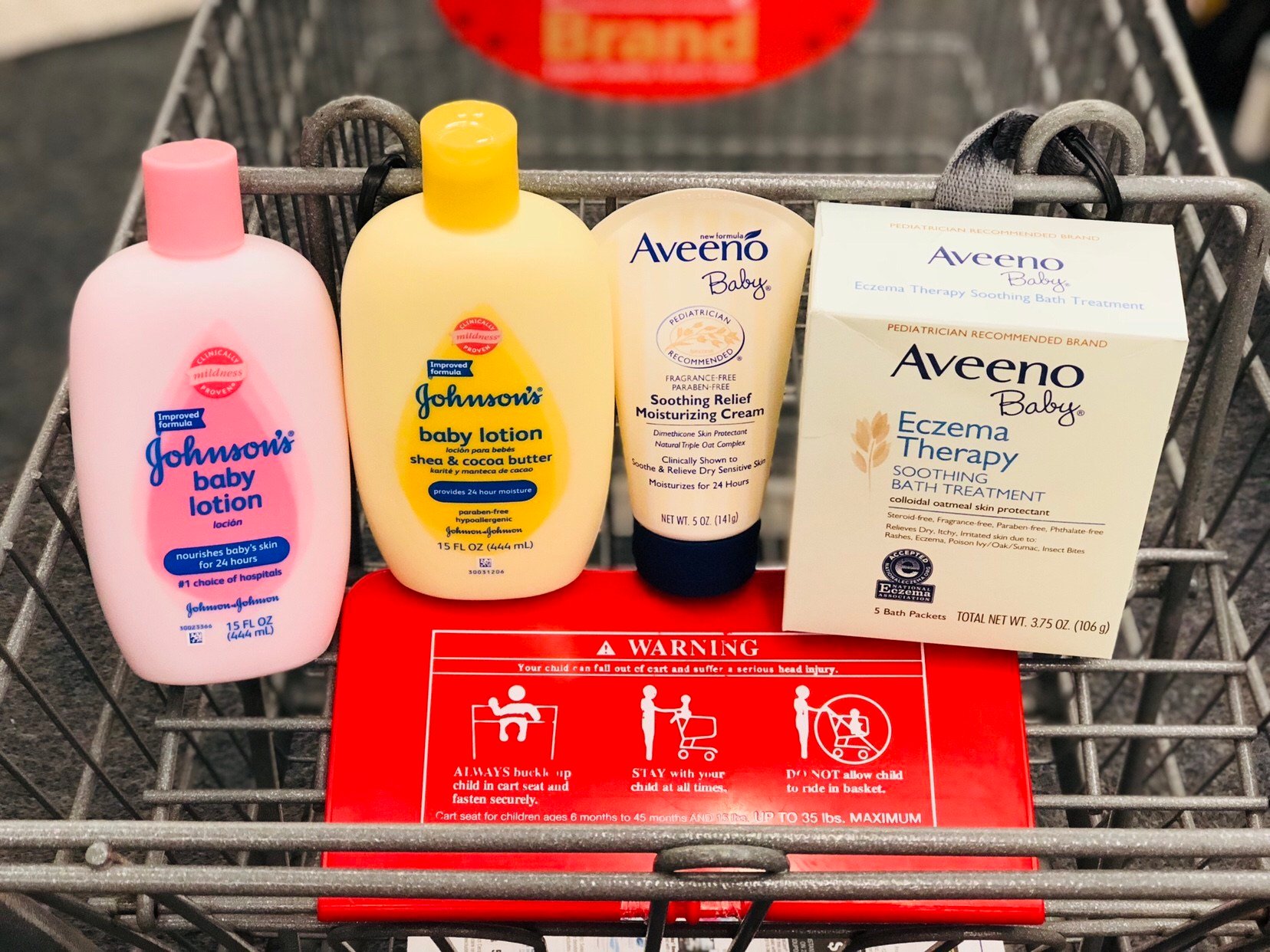 The Johnson & Johnson Company is facing major legal and public relations challenges due to accusations and settlements related to America’s opioid epidemic, and concerns about the safety of its Johnson’s Baby Powder, is recently the target of a large product recall.

Not until recent weeks did the problems appear to seriously impact other J&J owned brands such as Aveeno skincare.  Twitter outrage about the possibility of asbestos in Johnson’s Baby Powder in late October, and linking Aveeno to the parent company, coincided with Aveeno’s online net sentiment plummeting into negative territory, below levels even for the Johnson & Johnson corporate brand and its well-known sibling brand, Tylenol. In addition, a few other negative posts in social media related to suspicions that Aveeno’s spokeswoman, Jennifer Aniston, may have inadvertently posted a photo of herself and her Friends co-stars revealing possible illicit drug use. 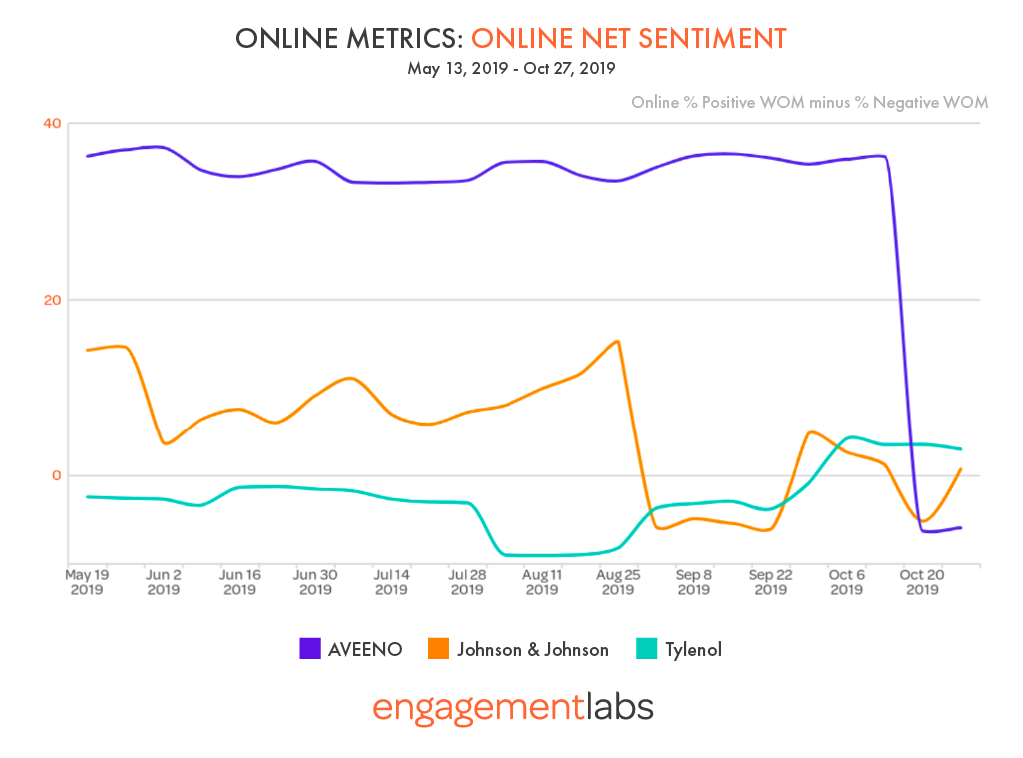 But while online sentiment for Aveeno is plummeting, not so for Aveeno conversations in the real world, which remain extremely positive and rising slightly.  Indeed, even offline conversations about the Johnson & Johnson corporate brand remain more positive than negative, which is a reminder that online conversations can give a very different view than the real-world conversations at water coolers and kitchen tables, as we at Engagement Labs have reported often, including in MediaPost.

Understanding the differences between online and offline conversations is crucial for marketers, because failure to do so can lead to overreactions and bad decisions, as well as missed opportunities to grow their brands. The statistical evidence suggests online and offline conversations impact sales almost equally, making it imperative to perform well in both channels. Further, consumers tend to trust friends and family more than what they see in “social media,” reinforcing further the importance of real world conversations.

The need to understand both real world conversation—and not rely on social media as a surrogate—is even more important for large corporate families when the alleged sins of the father may be visited only on the Twitter page of the son or daughter.