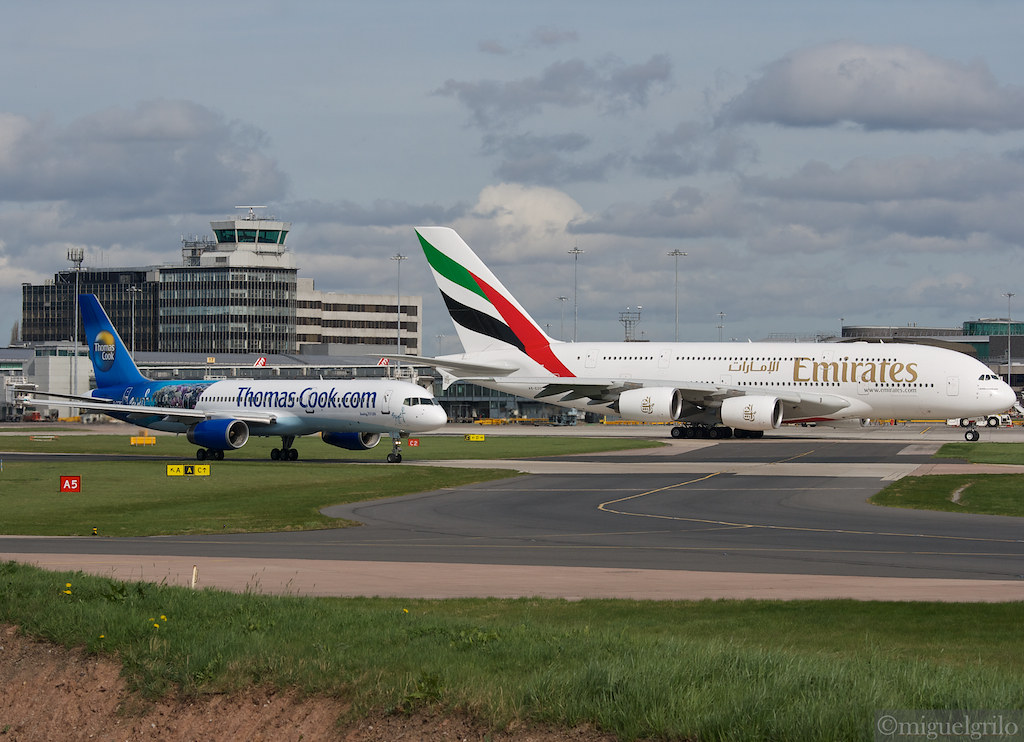 Emirates Airlines remains the TotalSocial leader in the travel category, thanks to very positive conversations among influential consumers.  The brand’s TotalSocial score of 60.6 is highest among travel service providers, up from 57.8 in 2018.

Meantime, several brands have been rising in the rankings.  Booking.com moved up to second place, up from fifth, thanks to very strong offline conversations generally.  P&O Cruises moved to third from seventh, on the strength of the best online conversation volume among all brands for the 12 months ending September 2019. 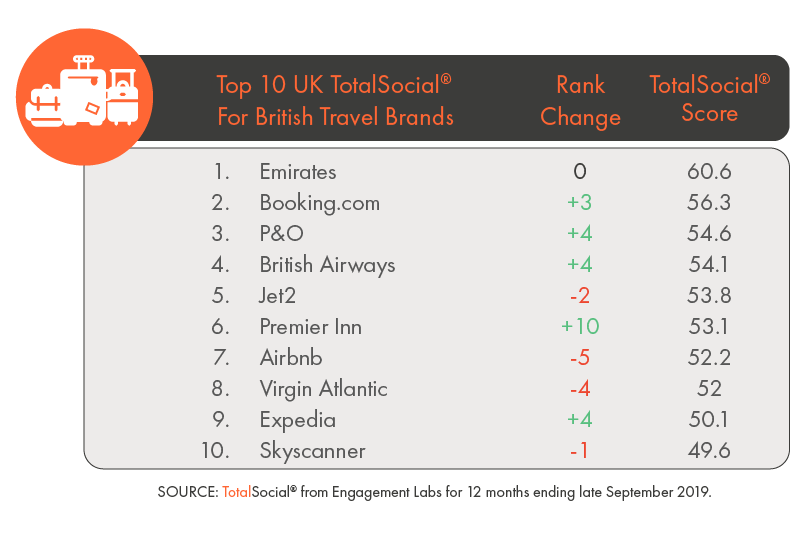 Another venerable British travel brand failed to make the TotalSocial “top ten” list, the 178-year-old Thomas Cook company that collapsed suddenly in September, stranding 150,000 Britons away on holiday. Thomas Cook ranked only 18th this year, down from 15th in 2018. The brand performed especially poorly on sentiment among 36 travel brands, ranking 8th from the bottom for offline sentiment and 5th from the bottom for online sentiment.  As one would expect, in the days following the collapse, sentiment has turned much worse, especially offline (see chart below). It’s also noteworthy that among the TotalSocial top ten travel brands are Expedia, Airbnb, and Skyscanner—three brands credited with undermining the Thomas Cook business model of affordable travel packages.

Even before the financial collapse, Thomas Cook had a turbulent year.  In March the company was embroiled in a controversy over a young woman passenger who was told she was dressed inappropriately and needed to “cover up” her crop top, or get off the plane. The incident got wide media coverage, including on the ITV program “This Morning,” leading to plummeting sentiment in online conversations but extremely positive ones in offline discussions. Online and offline conversations often go in opposite directions, in this case likely because the social media audience tends to be young, whereas offline conversations are more widely representative, including older and more conservative people as well as younger. 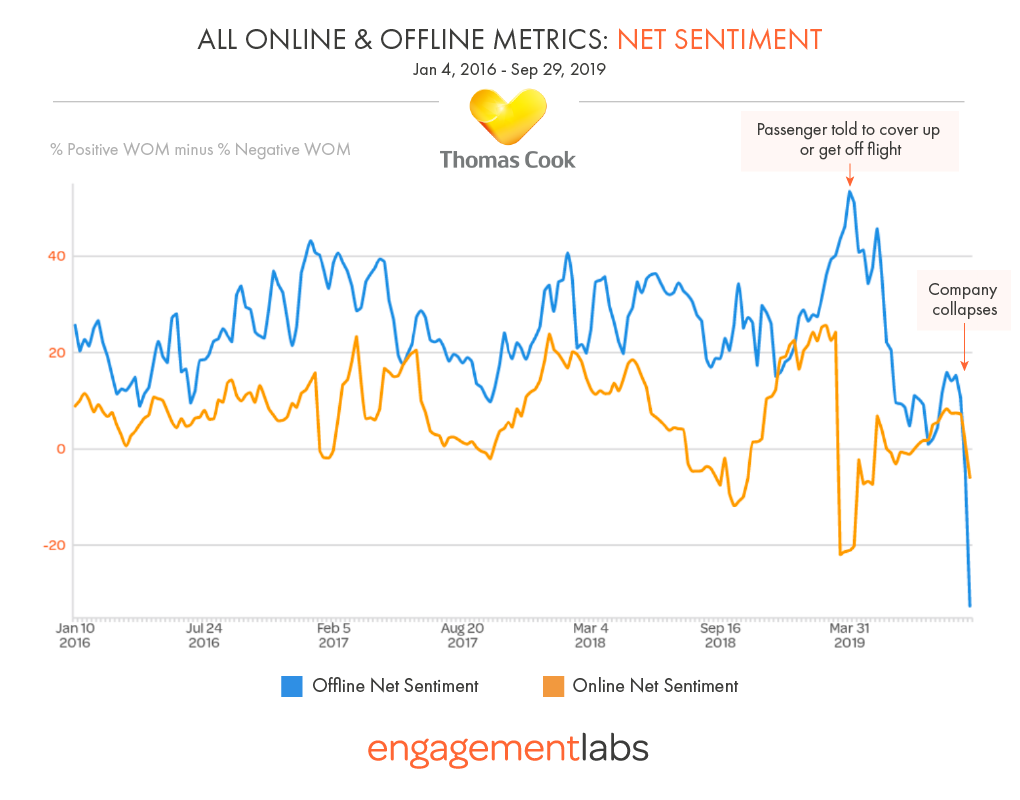 The collapse of Thomas Cook presents opportunities for other brands. Virgin Atlantic, currently ranked eighth, jumped in via Twitter to offer passengers flights home from Cuba, Jamaica, and the United States, leading to improvements in online volume and brand sharing during the last weeks of September.