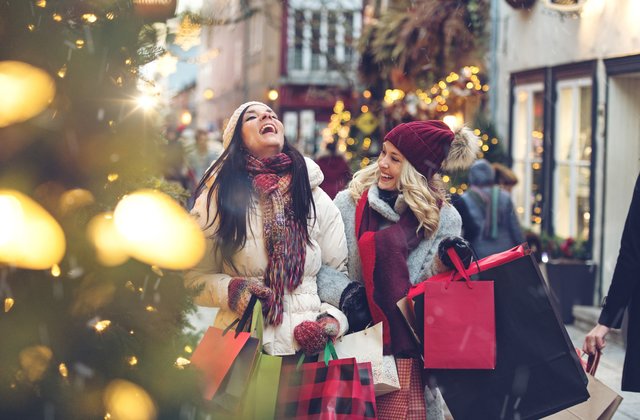 The new holiday consumer conversation analysis is based on conversations the first two weeks of the holiday season, beginning with Thanksgiving week, in contrast to our recent report covering a full year and a wider set of metrics. Walmart and Amazon remain nearly tied at the very top of the list for offline conversation, while Amazon stands almost alone at the top of social media conversations, with Walmart in a solid second place. 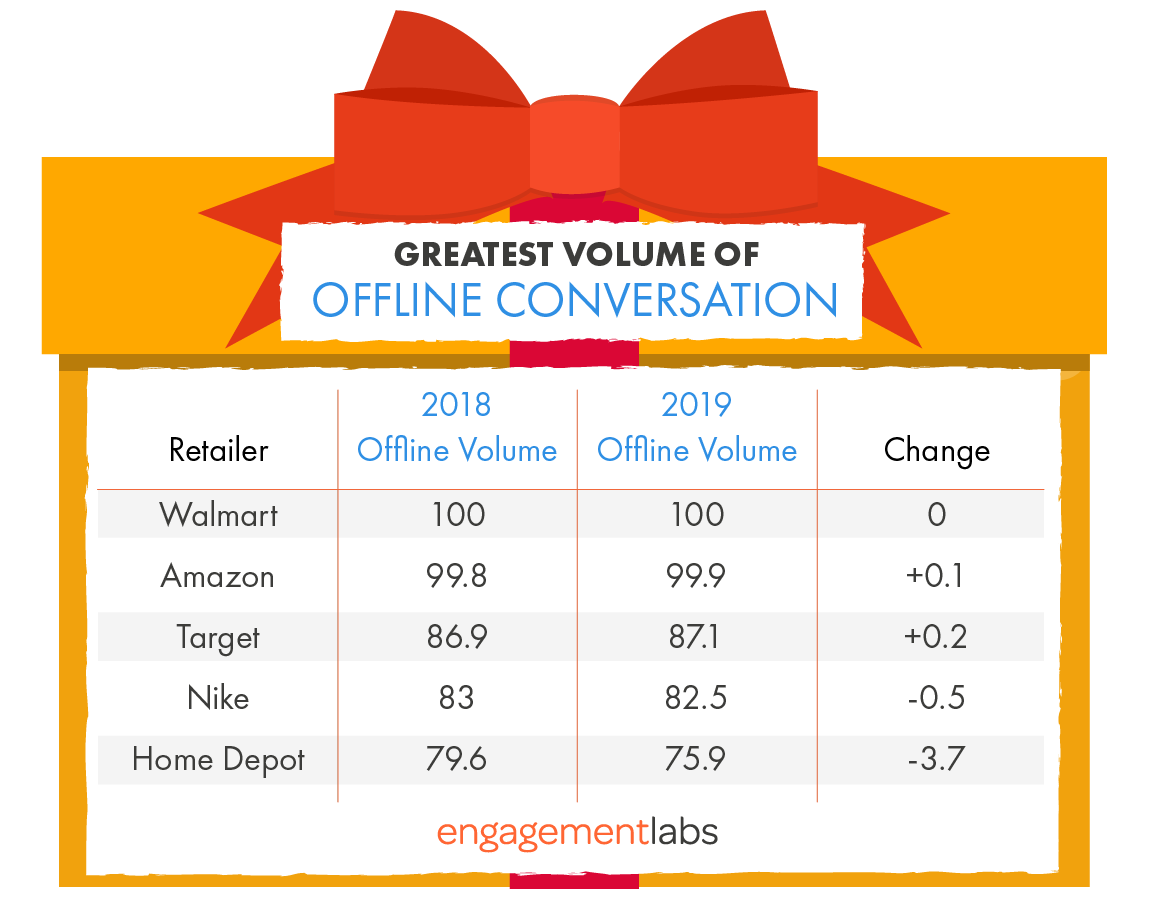 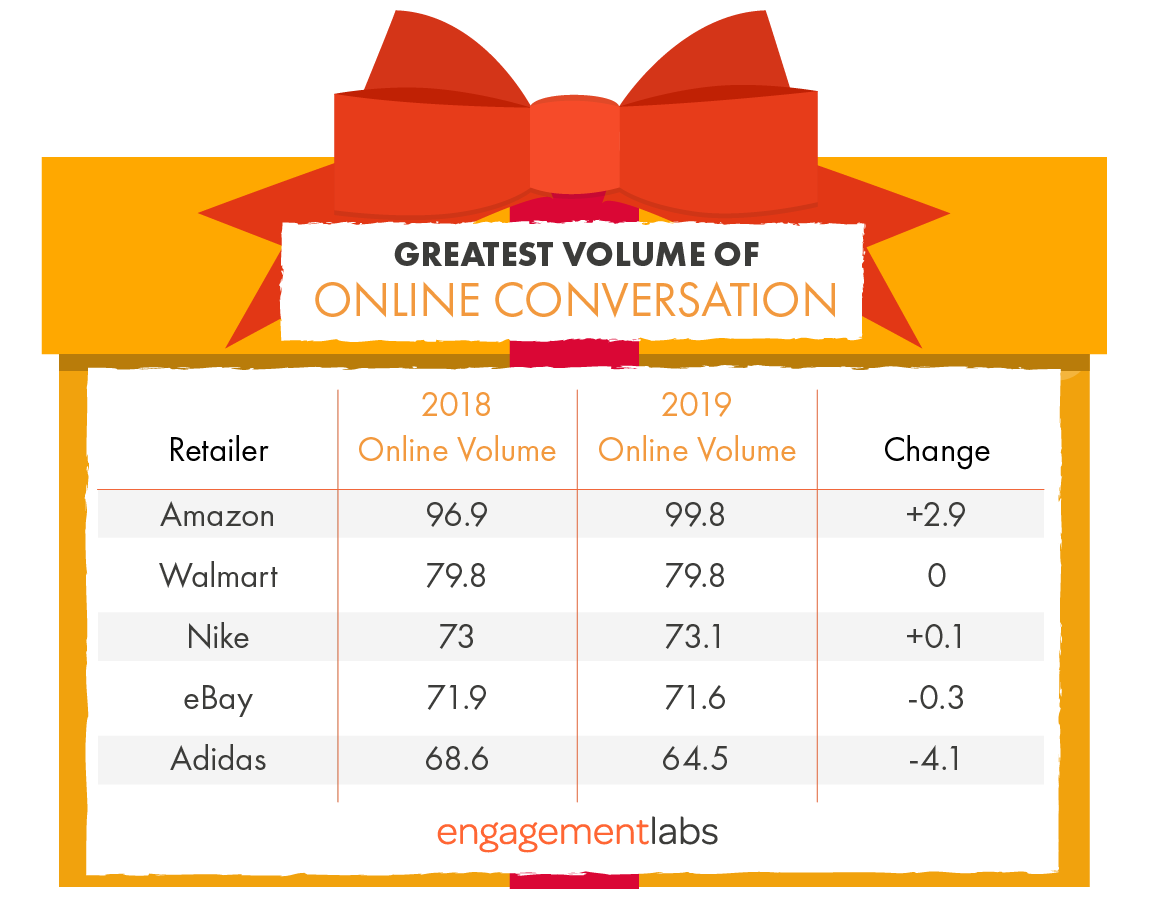 Ranking high on the TotalSocial list is important for brands because analytics have shown that 19% of all consumer purchases can be attributed to online and offline conversations.  Brands that are rising in terms of volume, sentiment, and other metrics are likely to see sales performance rise.

Besides being among the fastest rising retail brands in terms of conversation volume, Lush cosmetics also scores among the most positive, with a net sentiment score of 91.5 on a scale of 0 to 100.  Three rising brands—BJ’s, Wayfair, and Footlocker—all get fairly average net sentiment scores, while Reebok is well below average at 19.7. 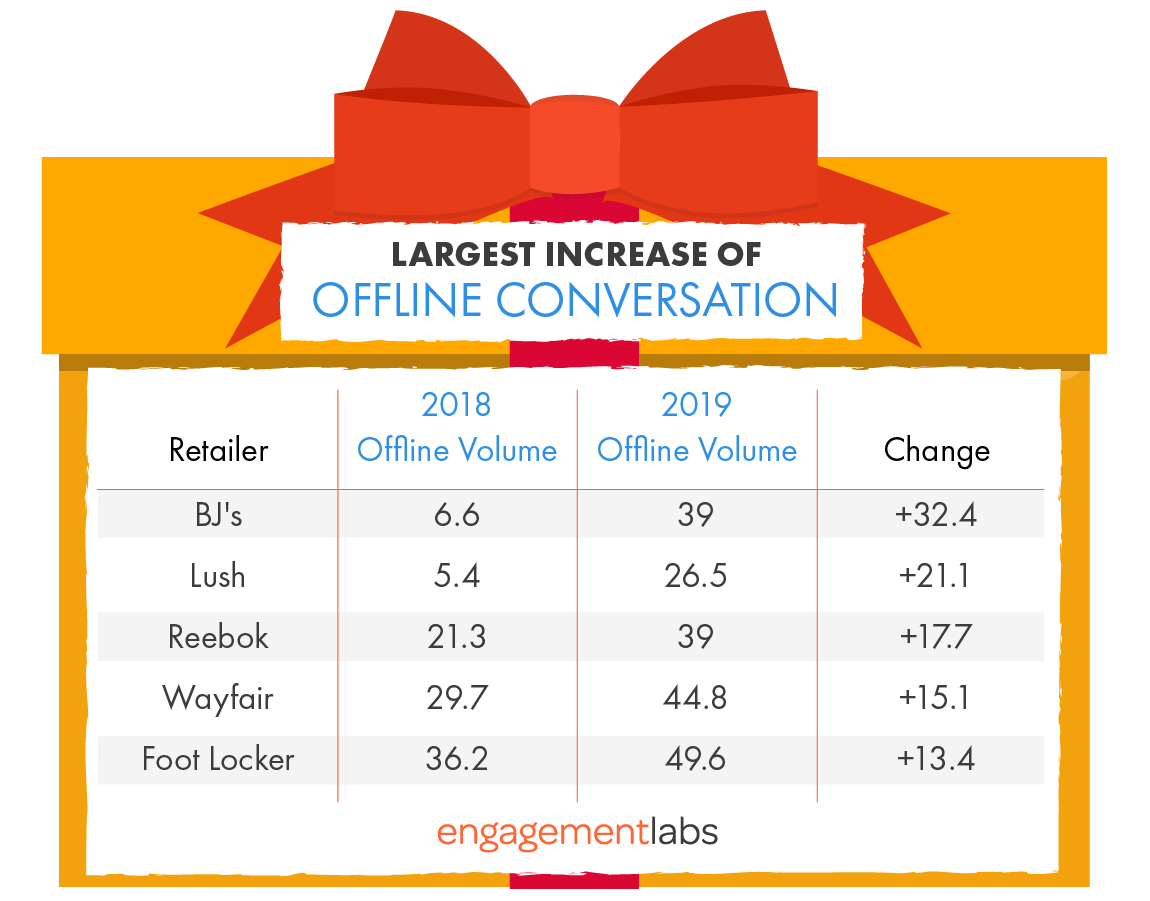 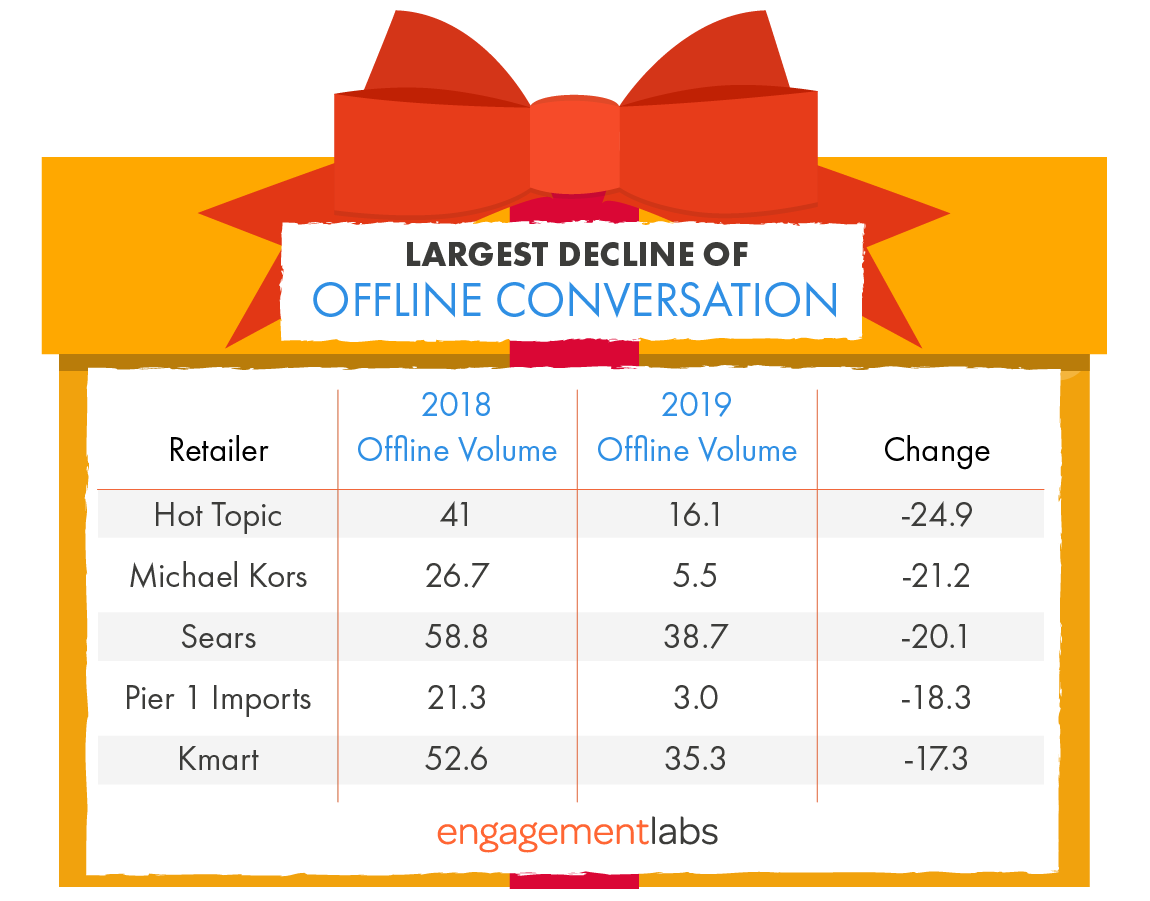 “The top performing brands, and rising brands, are likely to be pleased with this year’s holiday season performance,” said Ed Keller of Engagement Labs. “It’s vital to engage consumers in conversations about your brands, because these lead to recommendations that will drive purchases.”

Talkworthy advertising is one approach that is proven to drive conversation.  A newly released article in the Journal of Advertising Research finds that measuring ad campaigns that drive consumer conversations are more likely to be successful.