“Sentiment Gap” Narrows to Smallest Level in a Year

In the wake of the Senate’s confirmation of Associate Justice Brett Kavanaugh on October 6 and a ceremonial swearing-in on October 9, kitchen-table conversations about politics shifted sharply back in the Republicans’ direction. While conversations remained much more negative than positive for members of Congress in both parties, the “net sentiment” was just -51 for Republicans versus -45 for Democrats, a 6-point difference and the closest result in a year of conversation tracking.

Just two weeks ago the gap was as large as 27 points, at a time when Kavanaugh and his accuser, Christine Blasey Ford, testified before the Senate Judiciary Committee. The turn in the national conversation leaves President Trump with a net sentiment score (-38) that is less negative than either the Democrats or Republicans in Congress. 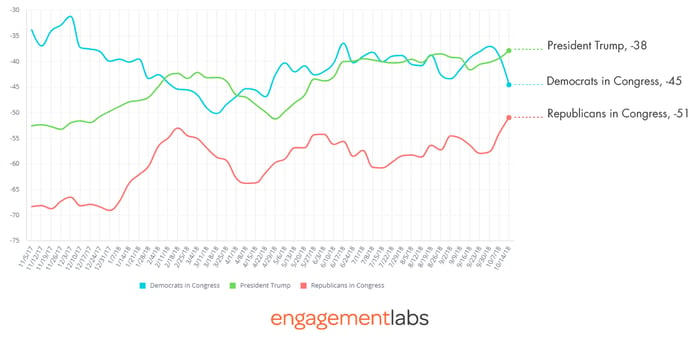 Importantly, the shift toward the Republicans and away from the Democrats is happening entirely “within the family.” Following the loss of the confirmation vote on Kavanaugh—and the expected rightward shift on the Supreme Court—Democratic conversations about Democrats in Congress have shifted negatively 10 points the last two weeks from a net sentiment score of +10 points to zero. On the flip side, the victory by Republicans have improved Republican conversations about their own party by 16 points from what was a negative score of -13 to a slight positive, +3 points. 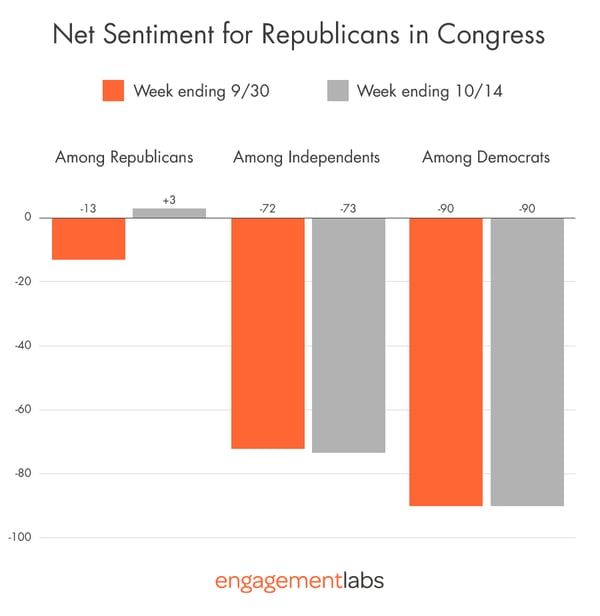 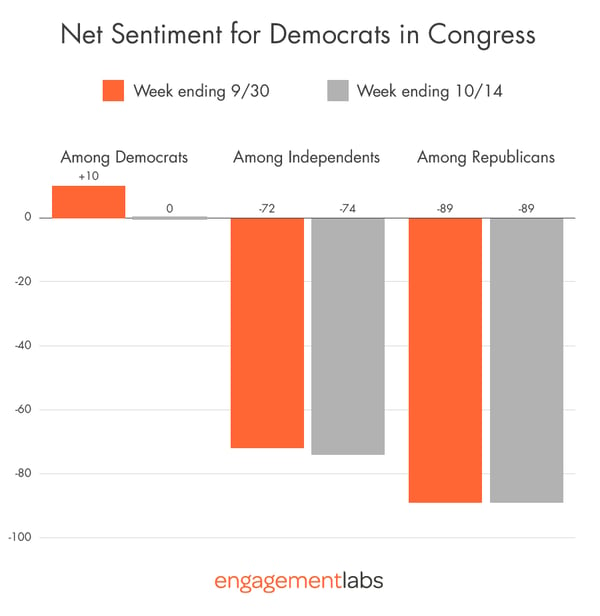 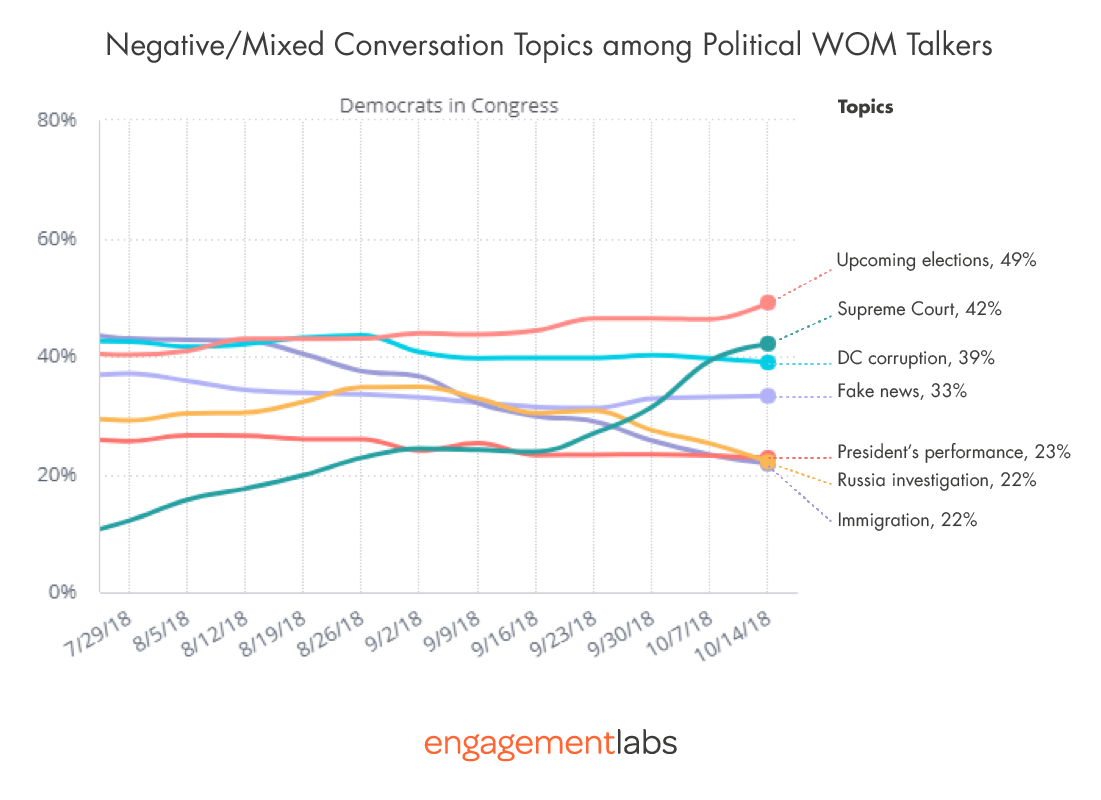 The shift from a large gap two weeks ago to a narrow gap for the week ending October 14 is a reminder of how quickly conversations can turn in the realm of politics, with less than three weeks go to go a critical midterm election. In 2016, this same methodology showed a sharp reversal in the fortunes of Donald Trump and Hillary Clinton immediately after the release of the James Comey letter to Congress on October 28, a shift that Clinton cited in her book, What Happened, as she identified the Comey letter as the most important factor in the election outcome.