Changed Environment Fuels Volatility in Consumer Conversations for Many Brands 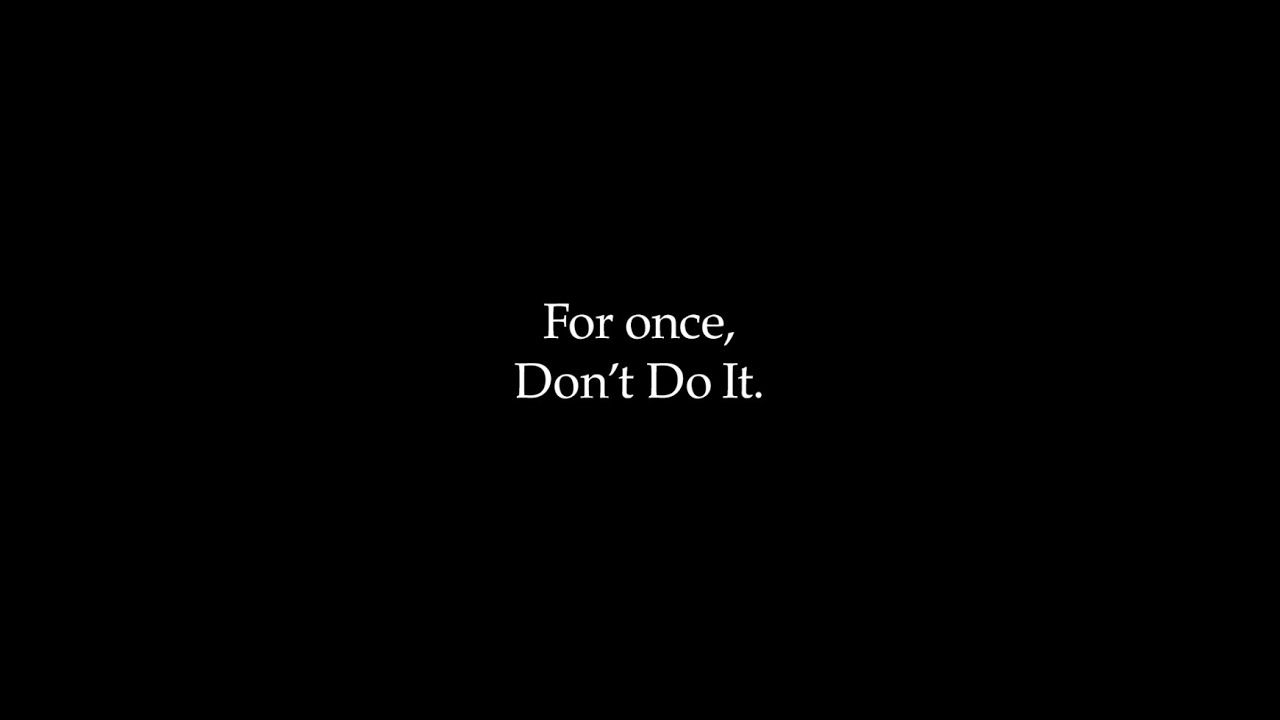 When Nike launched an advertising campaign featuring Colin Kaepernick’s appeal to racial justice two years ago, the online reaction practically broke the Internet. The number of weekly Nike mentions on social media rose from 200,000 per week to 5 million, and many of those were negative about the brand, as were many consumer conversations happening offline. The campaign was successful because it appealed to its core consumers—young and racially diverse Americans—despite turning off non-target consumers. Yet few other major brands in 2018 were willing to engage with polarizing cultural issues.

Responding this month to the killing of George Floyd in Minneapolis and the widespread racial justice protests that followed, the NFL has apologized for being on the wrong side of the Black Lives Matter movement, and NASCAR has announced the confederate flag would be unwelcome at NASCAR events. Acting on the belief that the consumer climate has changed profoundly in the wake of COVID, economic devastation, and an uprising against racial injustice, the brands have decided to take a stance—and they have been rewarded with generally positive reactions in real-world, offline consumer conversations. But once again, social media reaction has been negative toward the brands speaking out.

Following a pattern we’ve seen previously, online and offline reaction are headed in opposite directions, proving that marketers can’t rely on social media to provide a complete picture of consumer perceptions. Among other reasons, this is true because a broader range of people engage in offline conversation versus online, and because online conversations tend to attract more extreme opinions. 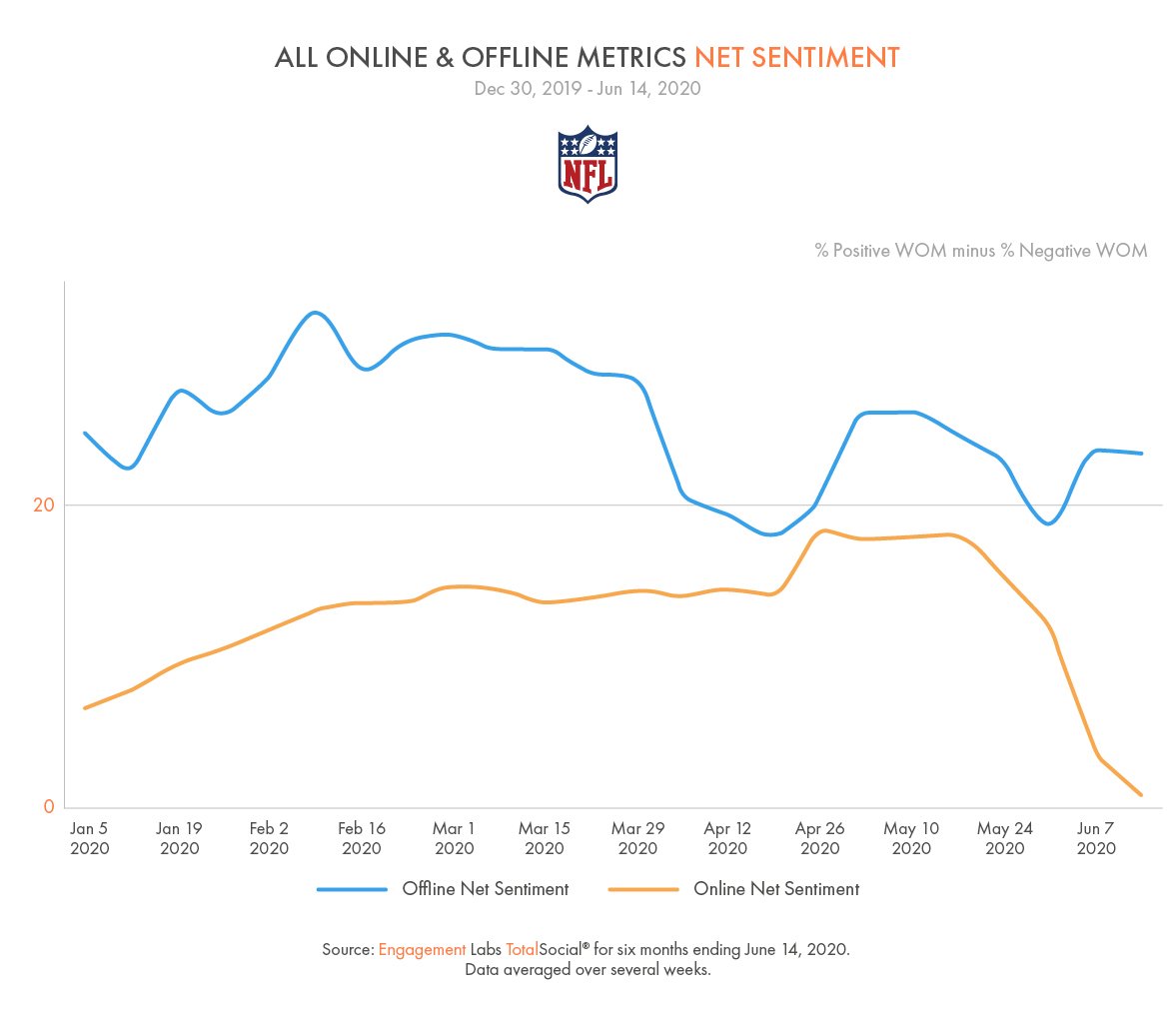 The announcement that displaying the confederate flag would no longer be permitted at NASCAR events also has turned online sentiment in a negative direction toward the sports league, but offline conversations remain over 40 points more positive than negative. 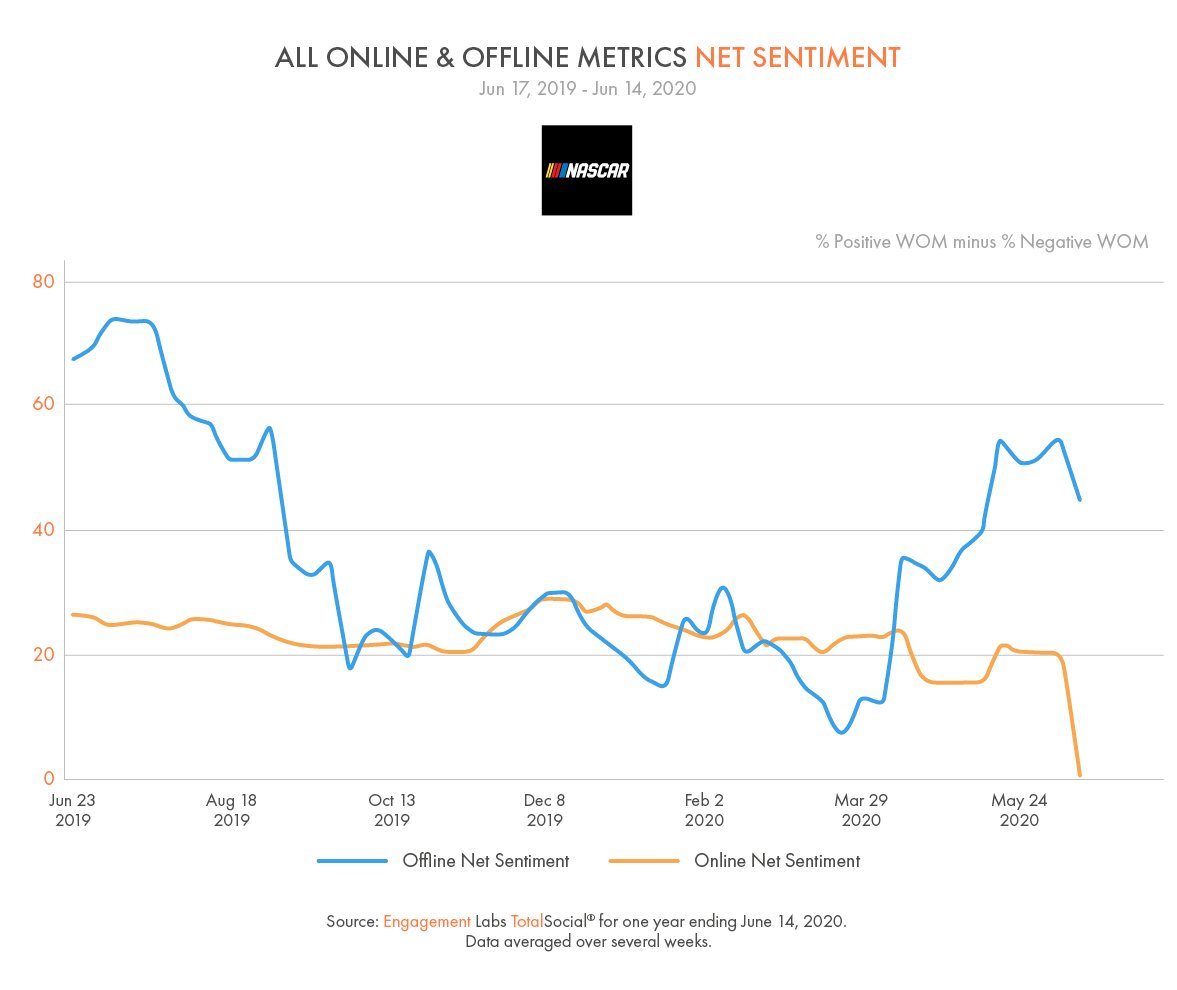 Beyond sports leagues, many other brands are also seeing big changes in the volume or sentiment of consumer conversations, often due to involvement in the COVID pandemic or the racial justice protests, topics that have been recently vying with each other for the “most meaningful” daily conversation of consumers.

Nike is seeing a large rise in conversation again, but only offline talk and without a hint of a negative sentiment trend—either online or offline—as the brand’s leadership on racial justice bring rewards. 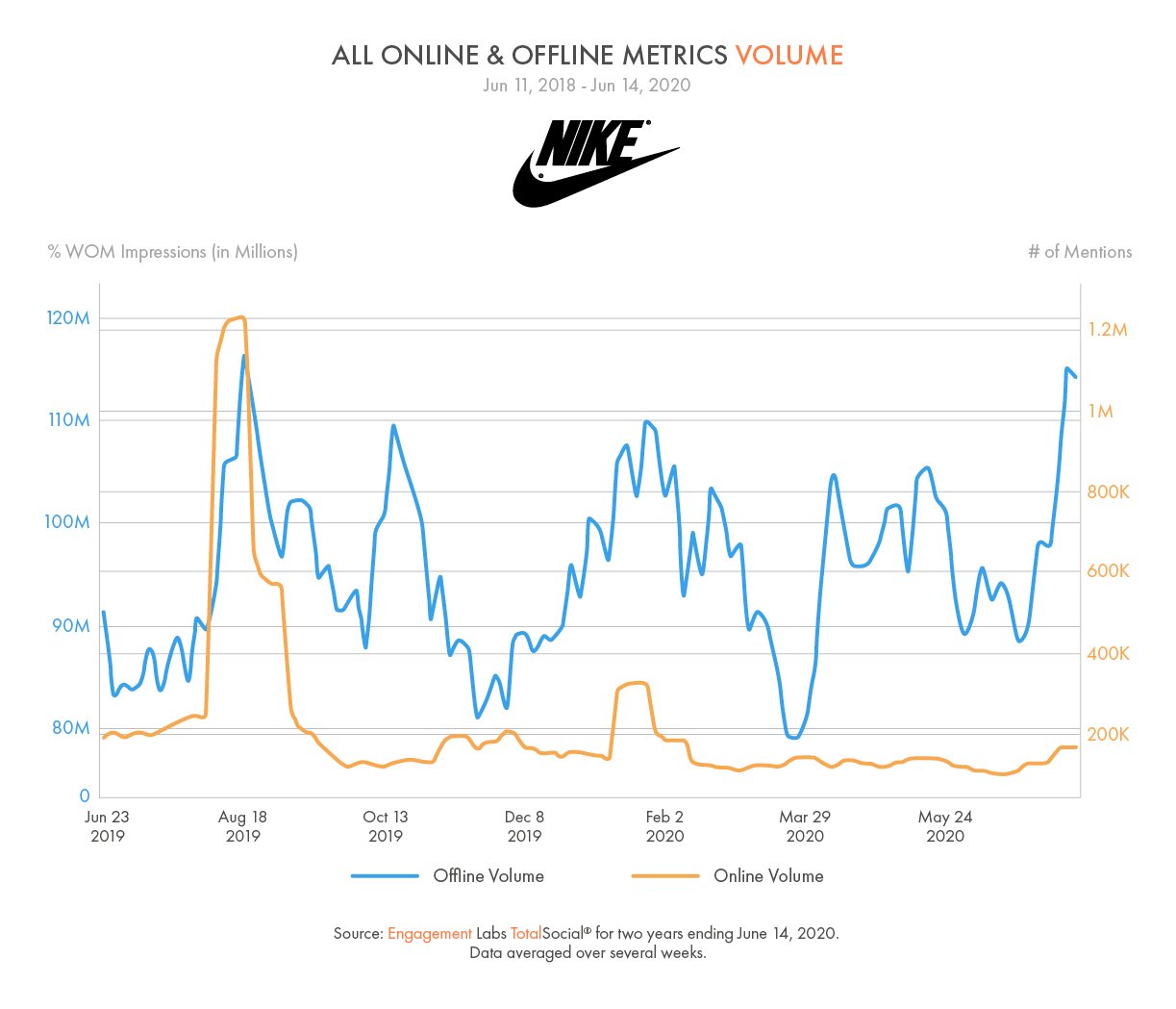 Many other brands rising amid the BLM protests, with online and offline often headed in different directions. Rising and increasingly negative online but either positive or flat offline are Dairy Queen, Lush, Target, and L’Oréal. Also rising is Chase Bank which is increasingly positive offline but unchanged online. Home Depot is getting increased positive online discussion while offline sentiment is unchanged.

We live in turbulent times now, and brands must navigate complicated cultural and political cross-currents. That’s why it’s more important than ever to make sure you have a complete picture of consumer sentiment.